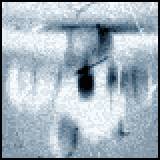 Ugh... I downloaded Mechwarrior... that game is a hot mess.

@zoeytrope: That's a great idea. Mechs could absolutely be my thing.

edit: I guess it's out already!

I bought a Saitek x52 to play World of Warplanes with. I'm not really looking for simulators, I already have IL-2 Sturmovik (COD), X-plane, KSP...

Any arcade-y type games I can play with my new joystick? Doesn't have to be about planes.

In light of Ryan's passing, I thought I'd share a quick story- a few weeks ago, my uncle was driving back home from work. As he was entering the gate to his village, he felt a pain in his chest. He felt like he was going to pass out, so he stopped the car and got out. It was then that my uncle collapsed on the road. He was having a massive heart attack, at the age of 45. My uncle was incredibly lucky -- just then, a man pulled past who was on his way out. The man noticed my uncle, and drove him to the hospital. The man was a paramedic. My uncle owes the man his life.

I don't know the circumstances of Ryan's death, but I've definitely taken these two occurrences as a lesson in how random and fragile life can be. We really need to make sure we live our lives to the fullest.

I remember being excited about this, two or three years ago. I played hundreds of hours of Starcraft II. I'll be honest. After what Diablo 3 turned out to be, and the amount of time since the previous SC2... the fact that this is 40 dollars is almost insulting. I know people will buy it, but I won't be one of them.

I received an invitation to join the Spyparty beta this morning. Which apparently is actually an invitation to give Chris Hecker 15 dollars. Am I the only one who is supremely uncomfortable with this trend of games being released to the public, ostensibly to be BETA TESTED for a fee? Used to be, video game developers would pay YOU to help sort out the bugs in their game (quality assurance). Now Minecraft, SpyParty, and Overgrowth want you to pay for the privelege.

Ok, I understand why they are doing it. Without publisher support, the game just wouldn't be made in the first place. It's basically kickstarter, just less formalized. And Spyparty, and Overgrowth, actually look pretty damn cool. But I'm still weirded out by it. I'll happily beta test your game. I submitted over 50 bug reports to the Tribes: Ascend devs. And unltimately, I've put a decent amount of money into that game. But I'm not going to pay for some half-finished work.

What are your thoughts?

Ok, I guess I should qualify the 'acting' comment.

I wasn't talking about the voice acting, although I do find the main character's voice doesn't really fit his looks (in my opinion). I guess I was more referring to how people behaved. I supposed this is more a 'writing' issue. People in the game don't behave like I imagine people would in such a situation AT ALL.

Society has gone to shit in a matter of days, and one of these guys is still wondering about whether he's going to have the usual for dinner? The battery thing? People being completely clueless about the situation when zombies have been a trope in Western fiction for close to a hundred years? The answering machine was a good piece of writing, but there's a definite lack of panic or hysteria. People seem to have, in a very short time, moved into 'survival mode'. Hmmm.

Ever wonder why people in zombie fiction have apparently never heard of zombies? What the fuck?

And the woman with the batteries... I'm reasonably certain that was just a puzzle tutorial, and not some kind of statement. Which just came off as lazy.

I'm just listing gripes here, I still think it's a decent game. Things like this just push me out of the experience.

Overall, I've been having a good time, but some things about the game have bothered me. Stiff animation, mostly, but also some of the 'puzzles' have seemed pretty damn contrived. The 'fixing the radio' puzzle, for example. Are we seriously expected to believe that this woman doesn't have the mental capacity to operate a freaking radio, or determine that it's out of batteries? What planet was she living on?

@AbombBILL: Just buy a used wired controller on Amazon. I got one for ~20 bucks, like new. Us PC gamers know that wired = less latency anyway.

You cannot use the 360 wireless controller with the PC without an adapter. The adapter is NOT the same as the USB play/charge kit, that will not transfer data.