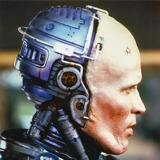 About 5 years ago I was beginning to get back into gaming. Somebody I knew recommended that I give this new site a look. They had a podcast and were apparently alright guys.

The first things I remember were a dark video of some dude (as I knew Jeff then) playing Mega Man 9 and a podcast full of the strage voices of people I didn't know. I thought that this was pretty cool, but it was the trucker tache of one of the staff members that really intrigued me and made me stick around. Ryan Davis' amazing facial made me choose GiantBomb as my primary site for video games.

I hadn't been aware of Gamespot, so these guys were new to me and it was fun to watch them and the site develop and grow. Moving out of the basement into the Whiskey office. Interacting with the other sites and seeing how they played off each other. Throughout all of this, Ryan was sitting there in his host chair, carefully orchestrating it all. It's a credit to him that he did this so subtly that I hardly noticed.

It's only now that he's gone that I realise what a gaping hole he's going to leave on the Bombcast and TNT. A Jeff-cast was a rare, off-the-rails novelty that will sadly become the norm.

there has been allot of mewing about how the new Banjo Kazooie isn't as good as the last two because there's less platfoorming and too many vehicles. "they've ruined it" they cry. "it's not like the originals" they spew. "it's a budget game" they blasfeem! why are they complaining about getting a game that looks that good for a low low price?

on the topic of vehicles, have they not seen the size of the worlds and levels? I wouldn't want to footslog through those. I'd want a plane, or a car, or a boat, or even a submarine to get through it. oh wait! there are boats, subs, planes and automobiles (no trains so far but fingers crossed). and you get to build them! BRILLIANT! who didn't love LEGO, or Mecano, or Kinex as a child? you get to build and drive these wacky creations around a huge a colourful environment. it's the sort of game my 10 year old self wished for.

and have these doomsayers forgotten that this game is being made by RARE?
the people who brought us Donkey Kong (amazing SNES platforming), Goldeneye (one of, if not, the greatest FPS' of all time), Perfect Dark (a bad-ass and hawt Bond mirror), Conker's Bad Fur Day (an alcoholic squirrel who fought a giant poo!), Jet Force Jemini (a cutsey, gorry, space shooter fest) and other brilliantly named titles like Battletoads, Sabre Wulf and It's Mr Pants.

those are all from the 90s (when they weren't controlled by Mr Microsoft) but with RARES other 00s title, Viva Pinyata, surely this could be a herrald that the quirkiest game maker is back making great games. with Microsoft money imagine the sorts of things that could be achived.

think of Nuts & Bolts like a Pixar film, everything about them should want to make you avoid them; a film about talking toys, monsters that scare children, a robot that doesn't talk, cars on a journey of discovery. on the surface they sound like poison, but when you look deeper you see that all is not what it seems - they are finely crafted master works that tap into that child like bit of your brain and make you feel 10 years old again. and i can not think of a games developer who can do that better than RARE

all your base are bellong to Mr Sulu

Today on this very site I came across an advert for Command and Concour 3 featuring the villain from Tomorrow Never Dies, Long John Silver from Muppet Treasure Island, J Jonah Jameson, the Russian scientist from Armageddon, Mr Sulu and some very attractive lady girls telling everyone to dance immediately.

If you haven't seen it, you can watch it bellow this sentence

And I'll go ahead and say that I don't like it, and here's why;

Reason 1: It looks cheap, camp and too self knowing. Who wants a military game full of innuendo and zany characters? You want tough talking, grizzled military figures with overblown racist opinions of the other factions.

Reason 2: Instead of encouraging you to dance, they should be ordering to blow shit up! They should be slinging all sorts of threats back and forth at each other and using too much military lingo. And all of that would be inter cut with game play footage of tanks and planes, explosions, nukes, troops shooting the shit out of each other and general C&C carnage!

Reason 3: Mr Sulu saying "All your base are belong to us." Purlease! I like a geeky nod to internet culture as much as the next girlfriendless social reject, but all that "All your base" shit died a couple of years ago. The internet moves quickly and we forget about the current fad and wait for the next Numa Numa guy or Star Wars Kid. Plus, from what I remember of other C&C games the idea wasn't to capture the enemy base but to destroy it completely leaving no evidence of their existance.

After that I have not idea how to end this, so i'll just stop typing.
1 Comments

but that's not why i'm posting here, i'm here to beg for viewers for my Let's Plays

currently i'm Let's Playing Pokemon Fire Red and Cocoto Platform Jumper. you never know, you might like them

no begging for comments/subscribers would be complete without a link here!

one day i may post something other than a plee for viewers, who know when?

Announcement to whoever is reading this!

My Let's Play of the briliant Super Mario Land 2 is coming to an end, but there is still time to jump on the bandwagon.

Hope to it and follow this link for much long good time. Chop chop.

Hello, the members of the GiantBomb

Sup GiantBombers!
So, this all looks nice doesn't it. A load of gamers gathering together to talk and blob and swap information about games. A bit like Wikipedia except more accurate and less argumentative underneath it all [citation needed]
I'm Matt by the way, I'm usually found on the internet somewhere or another.
Anyhoo, I don't know what to write so I shall promote my Let's Play videos on The YouTube
clicky this linky to watch them!

anyhoo, I'll see you around somewhere or another