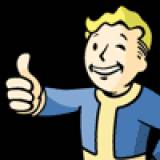 Recalling my Gaming in 2012

This year for me was another hard year for gaming since my current day jobs workflow significantly increased and opening my own business added another busy schedule reducing much of my gaming time to usually only 1 day for real gaming. When I say real gaming I mean spending several hours really getting to understand and play the new titles aside from just the usual short play I usually do after work before I sleep to play a few games of Battlefield 3 online. At least I managed to get to play enough games to name 10 of my best for this year. so here it is my 2012 Games of the Year list.

Recalling my Gaming in 2011

Alot has happened this year since I got a new job (which pretty much is now full-time) and due to that reduced my gaming significantly by the day. Fortunately I was able to play enough games to root out 10 of the new title that made rush to the store just to get my hands on. So without further ado here is my list for 2011.

One of the amazing things that captivated into this game was the fact that I was able to play the entire game in 3rd person due to the fact that they have fixed nearly every visual aspect including the character animation which now didn't look funny as compared to its predecessors. I also found myself always stopping at some locations in the game gazing at the beautifully crafted landscape which made me wish i was really in there (save the Dragons invading of course). Truly immersive and unforgettable not to mention the vast improvements to the side-quests which were not quite repetitive anymore which kept me going.

Like the 1st title which got me by surprise, it continues its legacy by making another impressive follow up with a longer and heavier single player experience that even threw in new challenges like the hardest mode in which it only allows you to save 3 times in the game which really stepped up the horror experience. Even friends just watching me play this was highly entertained if not frightened. Regardless of its multiplayer while it may have it strengths is not on par with its singleplayer quality, the year started right having this as my 1st purchase of the year with a very big smile on my face.

If many of you guys played Demon Souls before but still crave for more of the challenge then look no further. The same developers now delivered a follow up which they promised to be harder and bigger and yes they did fulfill that promise. This game is the reason that my PS3 woke from its long slumber and grinding in hours and hours play just get through the next challenge. Along with its already intricate combat system the game also extends on its unique multiplayer system of coop and PvP in which joining a Faction allows a bit more interactions with other players seeking aid or abandoning the faction results in a crime that actually gives online players to hunt you down. This to me may be the closest competitor to Skyrim if not for its ridiculous difficulty level which definitely is not friendly to casual gamers (which also sadly makes it a drawback for most players).

4. The Witcher 2: Assassins of Kings

I have vivid memories of playing the 1st Witcher since but actually got immersed much more with the 2nd title due to the fact that nearly all the flaws of the 1st title was undone (i.e thebar brawls mini games and such). An enhanced engine as well as tweaks to its combat system and item upgrade system also refines the game in numerous ways which makes the fantasy world more immersive than its predecessor. Think of this as a game with the same level of production quality as Bioware's games but having a far more mature theme that really caters to the mature audience as certain in-game content is apparently not suitable for the young-ins. And I need not say why. *Laughs*

To me being a fan of the Ricky Gervais Shows actually made a good selling point for this game when I learned Stephen Merchant was in it, and not only was his voice over spot-on but even his in-game character Wheatley was just as great as the already unforgettable Glados from the 1st title. The level designs are incredibly brilliant for a puzzle game where as I almost felt like taking some sort of academic exam while playing the game which was both fun and exhilarating.

6. Shadows of the Damned

What got my attention about this game is the fact my unending curiosity that if the original maker of Resident Evil fused with the original Music and sound composer of Silent alongside the creator of No More Heroes worked on a title. The result, a not so frightening, partly cheesy storyline, but having an incredibly unique approach to game-play mechanics as well as characters goes to one hell of a trip and yes I enjoyed every second of the goofy in-game dialogues (and names if I may add i.e. Garcia Hotspur's gun called the "Boner" which upgrades into the "Hot Boner" LOL) as well as the odd level designs which makes the game worth remembering. Now I wish I had retired spirit like Johnson by my side as its cool to have a companion that can turn to any gadget you need.

The definitive competitive online shooter returns with an improved engine that coveted much attention both from gamers and media audiences with its new Frostbite 2 engine, which features an enhanced environmental destruction system, & refined lighting. Another landmark is the return of the long awaited Jets absent from previous Battlefield franchises. This by far is the only shooter I have invested on and my enjoyed is reinforced even more since the release of its expansion Back to Karkand which gave me back fond memories back when I was still immersed greatly with Battlefield 2 in 2005.

Never before was a cop game this good especially when its pretty challenging to nail suspects you look closely into whether he/she is lying or not. While the interrogation system may be pretty obvious at some point not to mention replaying it has limited replay value, the drama that exist within this game is just downright impressive in multiple levels. This is the best Rockstar published game I have played by far and it will definitely be a game I wont forget in many years to come.

9. The Legend of Zelda: Skyward Sword

Nintendo (almost like Pixar in video games) has not lost its magic over the years despite numerous titles of nearly the same formula has already been released. This particular Zelda title even gave me the same satisfaction when I played Ocarina of Time which was a decade ago on N64. This game also shows that the Wii still has a few more tricks to offer prior to the release of its next generation form. The only real challenge now I guess left for Nintendo is if Link will ever talk and actually say words aside from just shout and express himself while swinging weapons and jumping through obstacles but then again, I guess him also being kinda mute is what most of the fans would want to maintain.

I've never felt smashing through an Ork horde with a Thunder Hammer would be so satisfying. Being a fan of the table top (which actually means yes i have the table top minatures) easily drew into this when it released and yes while the campaign may not have an intriguing storyline, its combat system of just smashing through the hordes of enemies is just fun and satisfying. I'm looking forward to more Warhammer action in the future and hopefully yes its will be canon to the Horus Heresy. (wishful thinking).

Recalling my Gaming in 2010

More than half of 2010 was a year where I got to have a tremendous amount of time playing games due to the weak and stable pool of clients in my freelance career as an illustrator, which allowed me to play as much as I can. Thankfully I still had savings to keep up and purchase a decent amount of games to also finally put my PS3 out of the closet after some time. So without further ado I present my 10 personal best games in 2010.