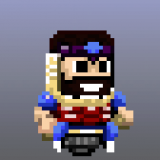 It's important to note all games that are delisted from the store were pulled by the game publishers. Epic was paying the for the discount rate and not the publisher so it's unclear what the protest is other than miffing about enforced global sale periods they don't even have to pay for.

It's weird that any publishers would be interested in losing out on a sales push for free. It's even weirder that we have radio silence from nearly every party involved in whatever this is.

As someone who has also been playing Warframe since the beta and continues to play, Warframe is not a loot shooter.

It's a free to play horde based 3rd person action game. Loot is a constant shower but it's not randomized weapons it's just materials for making specific weapons or modification options for equipment. The gameplay revolves mostly around mowing down massive hordes of enemies that spawn indefinitely while piloting a super space ninja with multiple ranged weapons and a melee weapon. Each 'Warframe' (there are 39 not including Prime varients) has it's own stable of 4 powers unique to themselves and you will fight 3 enemy factions for control of the Sol star system.

Warframe boasts the most robust modification system of all the space powersuit games. This system can allow a player to essentially tune their weapons to any style of play they want or especially perform better in a given situation. Modding is where the real veteran meta of the game exists. Once you have gotten used to the fast paced movement of the game modding is your next step.

I will always recommend people try Warframe out. It's free so there's a very low barrier to entry and little lost for giving it a shot. Just be aware that the game has a very deep well of content and much of it is obscured in order to keep some of the more surprising lore aspects fresh and fun. There is more game to play in Warframe than virtually any loot shooter out there. Some of it doesn't even involve shooting!

I will also suggest you look up Rapid here on the Giant Bomb forums. He runs the Giant Bomb Alliance of Clans and they are a great way to get some help or guidance if you want to dip your toe into the game.

N-Gage. You know what you're getting when you see it.

Top notch video as usual. I think the NORG should forever be the official mascot.

So I just wanted to say that Todd Howard mentioned at E3 that they were going to use the Creation Engine (a branch off of the original Gamebryo engine) to make Elder Scrolls 6.

Just remember that when everyone is excited about the prospect of another Elder Scrolls title being the next Skyrim.

Considering Jim Sterling mentions they kill off her horse at the start of the game because it's too narrow and confined for the horse to be useful... I will hold off getting a copy until I see some reviews.

The early word is that the game seems very regressive compared to the original titles. I loved the first two games but I don't know if I can handle a whole game full of weak combat. If they were going to mimic another game as they typically do, they could have at least gone with the fluid gameplay of Bayonetta instead of a Dark Souls-lite.

I am still very interested in the unfolding story of Darksiders. This is something no one has come out and talked about yet so maybe there's some hope it's not simply a mediocre sequel.

You should vote as you like but in a first past the post system you must recognize that any vote for a candidate that isn't in the top 2 will behave as a spoiled ballot.

If you want a video explaining how voting strategically is important check out the CGP Grey video.

All early review sources point to this being a steaming pile. Two hours of burning garbage.

Here's an early review I guess: