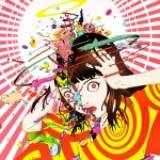 I'd say Dudley is in.

Considering the fact that basically every character lupinko teased has been confirmed, I'd say she's in.

I guess this is true then?


A hint at Sodom?
Also, IGN posted what appears to be the games comeback mechanic
9 years ago

#7  Edited By WebOfSomething
9 years ago

The community manager for Rocksteady confirmed that it's Tim.  Those who pre-order gain "exclusive early access." http://bit.ly/m6hyyr

We have a few more details that we can share with you about the different modes you can play and license cards! What are those? Hit the jump to find out!

Marvel vs. Capcom 3 has all the robust fight modes you’d expect from a fighting game. There’s single player and versus, the latter being available for online play. In the Mission mode, users can train themselves with a series of character specific challenges. Hit the jump to

If you want to study up on how your opponents play, check out the License Card. The data found here tracks player tendencies based on their fighting style. Your own License card will in fact record your data, let you choose your favorite icon to represent you, and record your battles and player points. The data in the License Card will allow you to see positive and negative points about your play style. By reviewing player data online, you can find friends and rivals to play against and then do “recon” as the fight starts-up. The License Card will allow you to see who an opponents favorite team of characters is, number of wins and losses, what kind of attacks they like and much more.

The big announcement is scheduled for Saturday, although due to time zone differences, it's hard to nail down the day. When Ono was asked if he would confirm a new character for SSFIV Arcade Edition there, he simply smiled, so read into that as you may.