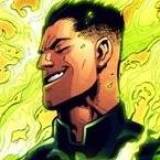 I think the condescension is sadly warranted. Sure there were a few genuinely good arguments among the grievances, positions that you could disagree with and still respect... but for the most part it all sounded like an army of angry seven year olds.

Being completely dismissive of your audience is never warranted.

Game was disappointing, the ending was terrible. I doubt this will solve all the logical inconsistencies. But more than that is the press reaction to fan outcry. Way to be bunch of condescending jerks and not even try to pretend to comprehend what people's issues with the ending were.

It bloody well does. A couple of KEY dudes who are utterly tied to the whole evolution of the Street Fighter series. You're discounting something you have no knowledge of.

Looking at the guy's original post, he was arguing something completely different from myself, and I apologize. You are correct here. My fault for quoting someone quoting half a post.

What I was trying to argue, albeit poorly, that all these titles listed looked like ripoffs but continue to be popular and well revered games, albeit not as much as the inspiration. People see the surface elements and call things out. When most people saw KoF, they saw another Street Fighter ripoff, whether it played differently or not. That's what I was trying to get at.

Having a couple of dudes from a team doesn't suddenly make it not a rip off. Not that I don't think this game isn't a rip-off, cause it's blatant as hell. You should watch some of the game play discussion at GT, it plays pretty differently from Smash. Whether, it's good or not, I don't know. It's interesting, but then this whole situation has been.

before the "oh my gawd its a blatant ripoff" comments begin,

The King of Fighters was released by SNK in 1994

Fighter's Megamix was released by Sega in 1996

X-Men vs Street Fighter was released by Capcom in 1996

You're right; Smash Bros. looked identical to all of those games. Everyone stop whining.

Keep quiet over there, son. Nobody thinks you're clever.

You're not my father. I can't be part pony.

before the "oh my gawd its a blatant ripoff" comments begin,

The King of Fighters was released by SNK in 1994

Fighter's Megamix was released by Sega in 1996

X-Men vs Street Fighter was released by Capcom in 1996

You're right; Smash Bros. looked identical to all of those games. Everyone stop whining.

What I'm gleaning from this thread is

"I don't know jackshit about any games on the PlayStation, therefore any character they bring up will have no charm or personality and Sony does not have the ability to support a roster for a Smash clone, ignoring that Nintendo has used multiple characters from the same series to pad out their roster"

I'm sure you were all Ice Climbers, Pit, Marth, Roy, Ness, Lucas, Olimar, Ike, etc. experts when Smash, Melee and Brawl came out. Newsflash, a lot of the Smash roster is B tier and below characters from low selling series that no one has fucking heard of and most people will not recognize anyone beyond Mario, Bowser, Peach and Pikachu. This is not speaking about the quality of the characters or the games. So don't try to bring up these asinine claims that "Nintendo characters are iconic" or whatever nonsense keeps getting spewed.

Personally, I don't know who the hell Radec is and I played through Killzone 2! Fat Princess? Who?

Now what I'm seriously jazzed about is that someone at Sony still remembers PaRappa. And if you don't who he is, well you can just screw off!

Adding more cutscenes to a shitty nonsensical ending doesn't solve the original problems. It's like polishing shit. It's still shit.