by Alex Navarro on October 18, 2012
Share:TwitterFacebookReddit

What a waste 007 Legends is. Seemingly timed for release just ahead of the latest James Bond film, Skyfall, 007 Legends is a video game tribute to all things Bond that ends up as more of an insult. Eurocom, the developers of the surprisingly likable GoldenEye remake, handle the development duties here as well, but the gulf between the two games could scarcely be more vast. Where GoldenEye updated old ideas for the modern era, 007 Legends takes current ideas and ages them to the point of rotting.

The missteps are readily apparent even if you're just scanning the back of the box. Right up front, Activision and Eurocom kneecapped this thing by offering up one of the stranger selections of old school Bond missions you could possibly come up with. The idea here is to cover all of the Bonds that have lived over the years. So there's a Connery, a Moore, a Brosnan, a Dalton, and yes, even the one, singular Lazenby. With this structure in mind, yes, On Her Majesty's Secret Service had to be in there by default, but the remaining choices are nonetheless strange. Goldfinger is an iconic enough Connery, but Die Another Day as your Brosnan movie? And Moonraker of all goddamn things as your Roger Moore? And was anyone really chomping at the bit to experience the myriad thrills of License to Kill?

What's worse, the structure of the game itself essentially robs any of these source materials of whatever thrill there may have been. The game opens with Daniel Craig Bond fighting on the roof of a train with some bad guy, while a female sniper is egged on over the radio by M to "take the shot!" She does, and accidentally hits Bond, who falls far into a nearby river. While floating around aimlessly, Bond apparently starts having flashbacks to those earlier missions. Though of course now, Craig's face and demeanor has been superimposed over his predecessors.

You traipse through these newly Craig-washed Bond stories for a couple of missions at a time, usually infiltrating one villain or another's evil lair, shooting a bunch of guys, then exiting said lair. On its own, that isn't necessarily the worst progression a game can have, but the fact that the aforementioned shooting of guys is so crucially dull pretty much sinks it. Every mission feels more chore-like than exciting. Enemies just kind of wander around the environment until an alarm is set off, in which case they run at you guns blazing. Those are really the only two settings they have, and once they do go after you, they have an uncanny habit of walking into pieces of the level geometry or getting stuck next to a wall. Once you've picked off a few of them from afar, it's actually pretty easy to just run up and melee attack them, which kills them in one hit. Repeat this process across five different mission blocks, and that's the game, more or less.

While picking off hapless bad guys is mostly just boring, other areas of the game are more aggressively unlikable. For instance, there are a few different sequences where you'll find yourself in a "crucial stealth area." This means that you have no choice but to sneak your way through a level section without being seen. While Bond's gadgetry is effective enough about taking out cameras and other automated detection devices, he's afforded no reasonable abilities with which to handle living guards. You can kill them with silenced weapons, or just distract them or knock them out with a dart gun, but you have no ability to move bodies out of sight. You can't even peek around corners, for Christ's sake.

There are times in the non-stealth game where going stealthy might benefit you, such as when you're tasked with sneaking around offices, collecting pieces of intel, or using your smart phone to take pictures and engage some middling hacking minigames. But the mechanics you're handed just aren't useful enough to actually make that a worthwhile option. Most times, it's just easier to start picking guys off from afar, and then blitzkrieg them until there's no one left.

And then there are the fist fights. Oh god, the fist fights. Basically, every level section ends with a boss fight of some kind against a bad guy like Oddjob, Goldfinger, the guy Robert Davi played in License to Kill, and whoever else. These are miserable. If an enemy has a weapon, you have to just dodge and weave until eventually knocking it out of their hand. Then you proceed to press the left and right sticks up or down, depending on what spot the guy is leaving unguarded. That's it. If you have anything that resembles motor skills, you will kill these guys in about 15 seconds. Every time.

All these gameplay issues would be a bit less egregious if the missions you were presented with were, well, better presented. Daniel Craig isn't around, so you've got a goofy soundalike mumbling his way through conversations with other poorly voiced characters. The actual context for each story is all but lost in translation, as well. You're just dropped into the mission, given a quick briefing, and off you go. Over the course of each mission, how much of the actual plot you'll get varies wildly. Goldfinger, for instance, does an okay job of setting up the titular villain's plan, but On Her Majesty's Secret Service does a terrible job of explaining why you're there, who this woman you're rescuing is, or why you should care about any of it. It's perhaps expected that people just know this stuff, but considering most of these movies are at least 25 years old, that's a weird expectation.

Worse still, the game has no ending. Not yet, anyway. The Skyfall portion of the game isn't on the disc, which means that when you complete the last mission, the credits just roll. Yes, you will get the Skyfall mission as DLC in a few weeks, and for free. Still, considering how abrupt the game's current ending is, one gets the impression this was a last minute concession made to please MGM, and not by original design.

The one, solitary nice thing I can say about 007 Legends is that its multiplayer is solid. Not great, or even particularly good, but functional. Up to 12 players can play online, and the game does at least include the split-screen four-player multiplayer mode GoldenEye fans were so very fond of. If the guns and maps were more interesting, then it might actually be a reason to potentially pick this game up on the cheap later on. But they aren't, and thus it is not.

The idea of an anthology-like tribute to Bond films of the past isn't a bad one, but 007 Legends wastes whatever potential for fun there might have been. Instead, all Bond fans are left with is a heavily rewritten, Cliff's Notes version of some great (and not-so-great) films with a bunch of forgettable shooting and stealth sequences shoved into the mix. Ultimately, nothing 007 Legends offers is worth the effort of trudging through it. 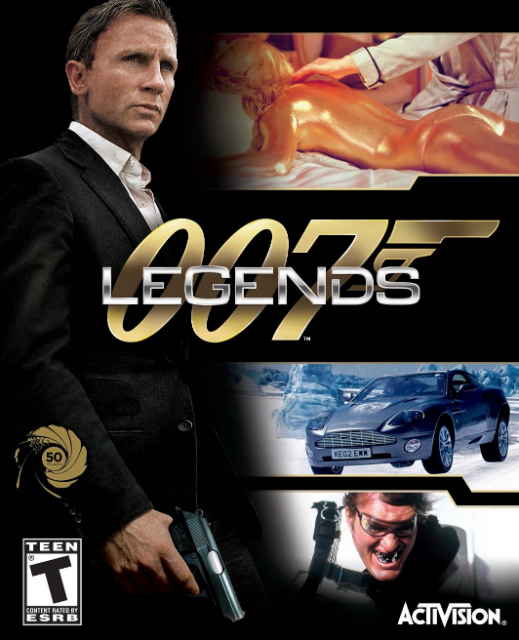 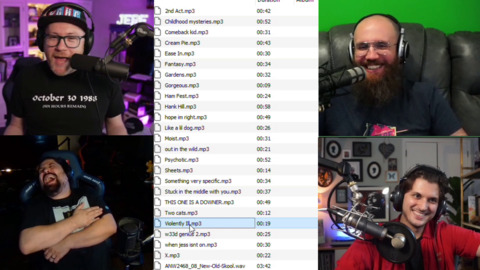