by Jeff Gerstmann on October 22, 2019
Share:TwitterFacebookReddit

Gears 5 plays around with the formula a bit, but it's still at its best when it's just being a solid-ass Gears of War game.

OK, let's talk about this up front: Gears 5 is on Microsoft's Game Pass service for both Xbox One and PC. That means you could potentially be playing this game for a fraction of the $60 you might expect to spend on a new, high-budget video game. Our general recommendation these days is that it'll depend on which games you specifically like to play, but the typical selection on Game Pass for Xbox One is worth the price of admission. Under that guidance, Gears 5 would cost you zero additional dollars to play, so... you should play it.

Gears is good. It's always been good. Actually, scratch that. Gears Judgment was a pretty mediocre story that came too soon after Gears 3 to feel like it needed to exist. It felt, you know, contractually obligated. After that, I think I would've been fine if the franchise sailed off into the sunset. Marcus took the do-rag off, Gears is done. Right? Then I ended up really enjoying the action, style, and characters of Gears 4. That opening of a new trilogy was a little short on story, but it pushed all the right buttons and waited long enough to make you forget that you played a metric ton of cover shooters on the Xbox 360. These days, I don't know, the cover shooter feels like it's about as out-of-style as it gets. But between Gears 4 ending on a cliffhanger and all those also-rans falling off the face of the earth, Gears 5 still somehow feels like a warm handshake from an old friend where it counts. It also takes some stabs in new directions that, for the most part, don't work all that well, meaning it works best when it's being more of a pure nostalgia play.

The campaign continues the story of Gears 4, where we discovered in the closing moments that Kait Diaz, a new character, was related to the Locust Queen, thought dead at the end of Gears 3. That moment felt tacked onto the end of the previous game, but Gears 5 more or less makes that fact the entirety of its business. Kait becomes the main playable character here and most of the game is spent getting to the bottom of Kait's lineage and essentially saving her from herself. You do this with another Gears 4 return, Del, by your side. Del, as you might expect, can be controlled by another player, if co-op is your thing. The end brings it all back together and sets you up for the explosive conclusion where you... well, you know, finish the fight or whatever it is you do at the end of Microsoft's trilogies.

While it opens like a traditional Gears game, once you get past the first act the whole thing opens up a bit. the second and third acts are set in wide-open spaces and you traverse them at will on a sand-sailor of sorts. The catch is that these large spaces don't really have much in them. There are a few secondary objectives to find out there, but those are short sequences that usually aren't worth your time. The rest of the items highlighted on your world map are just spots where you kind of just walk into a traditional feeling Gears of War level for awhile, then finish an objective and loop back around to your vehicle to keep moving on. It's like Halo: ODST but with a dryer, more pointless-feeling space to explore. That said, the long stretches of nothing look really nice and give you time to hear Kait and Del talk, which manages to make both characters feel more human and likable than nearly anyone that's appeared in a Gears game up to this point.

The campaign also gives you a new set of secondary abilities that are equipped onto Jack, your invisible, door-ripping robot friend. Interestingly, a human can also control Jack in co-op, if you want, which serves as a "here's a character for your friends who don't play video games ever" sort of thing. Regardless of who's calling the shots, Jack gains abilities that give you a variety of effects, like a cloak or additional armor. They're mostly situational, though having Jack mark every target in the area makes wiping up after a long encounter a little easier to deal with. All in all, the campaign is pretty good. It takes some chances, which is nice, but it's unfortunate that those chances end up being the least interesting parts of the game. Gears 5 is at its best when it's sticking to the pacing and procedures of a traditional Gears game. I never thought I'd come at you and tell you that I'm a Gears Traditionalist, but hey, here we are.

Actually, let me take that back. The competitive multiplayer in Gears 5 isn't terribly different than what came before it. I suppose that makes sense, as it's become pretty popular, but I get less and less out of it every time out. This time around they've added a killstreak-like system that lets you give yourself a heavy weapon after accruing a certain number of points and there seems to be a real attempt to push people into the "arcade" playlist, which gives players more than just the standard team deathmatch mode. While more variety is nice, it's all still built around that same core experience, which I'm just not interested in anymore. Enough people still like it, which probably prevents it from changing too much, so that's probably just the way it's going to stay. But yeah, no interest in competitive Gears at all over here.

Horde mode got some knocks last time around because parts of it were built around a pretty ugly card system that made it all feel grindy, if not overly focused on microtransactions. While you'll still build loadouts of cards and such here, they unlock as you level a character. Characters also have meters and ultimate abilities, like setting down decoys or buffing damage, which makes character choice matter even more than it has in the past. Horde has often been one of the best co-op experiences around, and it feels improved and pretty solid here in Gears 5.

The other new mode is called Escape and it also uses some character abilities. But the goal here is that you need to get from deep within a hive out to the surface, where you'll be extracted. So it's a point A to point B run, with gas from a bomb you plant at the center of the hive slowly creeping your way and forcing you to keep moving. The game also has a map editor that lets you plop down parts to create your own hives, but the editor feels just as limited as the hives that the game has served up on its own. Ammo is scarce and time is often short, which sounds like it could deliver some nice tension, but the map designs I've seen thus far have been pretty underwhelming and the movement and mechanics of Gears don't really lend themselves well to this kind of "go, go, go" kind of style. It feels like a big miss.

That said, the parts of Gears 5 that I enjoyed? I enjoyed them quite a bit. The game looks really great and has a deliberately brighter and more varied color palette than most of the previous games. While I think the open-world stuff is flat and could have been way better, there are moments out there in the nothingness that just look straight-up incredible, including a late-game weather sequence that, despite not being great gameplay, was worth seeing a couple of times just for the visuals alone. The campaign does some interesting stuff, gives you a tiny bit of player choice that'll have to play out somehow in the next game, and simply splits the difference between comforting classic and new release by giving you classic gameplay with new settings and characters to play with. And Horde is a good time, though I'm not sure it's something I'll keep coming back to again and again, like I certainly did when the mode was brand new.

Furthermore, there's this whole Game Pass thing. At $60, Gears 5 becomes a slightly dicier proposition based on how much you'd enjoy all four of its modes. But as a part of a subscription service that you might already be paying for? Absolutely give it a shot, play the parts you like and skip the rest. 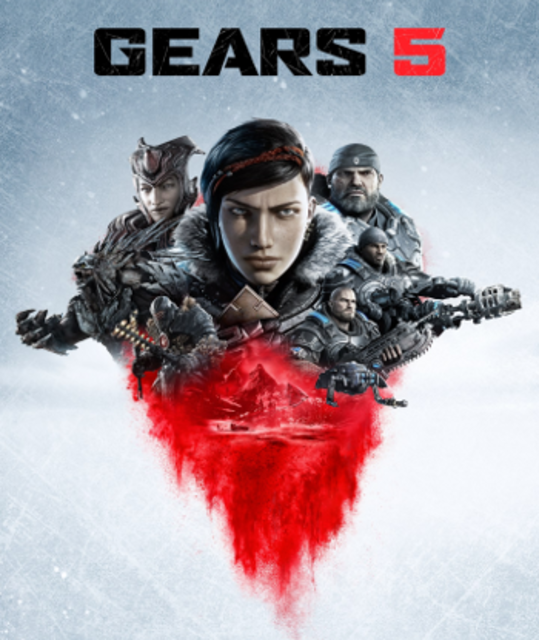