by Jeff Gerstmann on August 17, 2010
Share:TwitterFacebookReddit

Kane and Lynch's trek through Shanghai's underworld is astoundingly brief, leaving you just enough time to get a feel for the game's great visual style, but not much else.


Kane and Lynch's return to action sees the duo placed in Shanghai, but more importantly it sees the criminal duo placed in a better third-person shooter than 2007's Kane & Lynch: Dead Men. But the more intense and satisfying action of the sequel doesn't last. Kane & Lynch 2: Dog Days suffers from a general lack of content across all of its modes. It also has a crazy and unique visual style that really makes the game worth seeing, but its length (and some seemingly rare but decidedly crippling issues in the 360 version) makes the game's $60 price tag feel high.

Dog Days puts Lynch and Kane in Shanghai. They haven't exactly remained close since the events of the first game, but when Lynch's Chinese connection--OK, he's actually a British guy named Glazer--needs someone to help out on a caper, Lynch gets Kane involved. As you might expect, the deal goes sideways almost immediately, pitting Shanghai's biggest crime boss against Kane and Lynch, forcing them to spend the entire game trying to get the hell out of China. The plot is quite thin, though there's some pretty good dialogue interspersed here and there. There's a bit of a "less is more" approach here, because every time the action stops, something incredibly messed up happens, from a naked woman getting gunned down by stray bullets to a torture scene that leaves the two protagonists bloody and, hey, wait, they're also naked.

The gameplay in Dog Days is fine, but you've played this game before. This is a cover-based third-person shooter with very few frills. You hit a button to get into cover, back away to get out, and you'll use the left trigger to pop out and the right trigger to shoot. You'll use a variety of weapons, including some of the most effective shotguns I've seen in a very long time. Seriously, the shotguns in Kane & Lynch 2 feel like they reach out and touch enemies that would be too far away for most other in-game shotguns. But aside from the occasional gas can or other explosive object that you can throw out at your enemies and shoot, all of the weapons are guns. Without grenades, it's tough for the enemies to flush you out of your position, and though they'll occasionally try to flank you, it's not especially difficult to keep them at bay. As a result, the game usually only gets difficult if you're out of patience and trying to rush ahead.

If you're trying to get the most out of the game, I'd actually advise you against rushing ahead, because the game is already short enough as it is. It took me a little under four hours to get through the story mode. You can always play the game cooperatively, but the co-op mode doesn't support any kind of jump-in or jump-out play. You'll have to create a lobby and wait for a player to join or invite a friend. It all feels a little dated, design-wise. Luckily, the rest of the multiplayer is more interesting.

Fragile Alliance returns from the first game, and it's more effective here because, unlike the first game, the core shooting and player movement in K&L2 is actually fun. It's a unique mix of cooperative and competitive play, as all the players start on one team of criminals, attempting to take down a big score and escape within four minutes or so. The catch is that, at any point, a player can gun down someone on his team and turn traitor, which means he won't split the money he's carrying with anyone else--if he can make it out alive, that is. Regular players that die respawn as cops, adding another human element to the criminals' opposition. The problem with all this is that there are only six maps (unless you unlock an extra map or two via pre-order codes) and running them over and over gets old. The enemies usually appear in the same areas every single time, and there are realistically only one or two places where it makes sense for a player to turn traitor, so once you've grown to expect those, it's fairly similar every time. But some additional modes help change things up.

Cops & Robbers is a mode that allows players to respawn as they fight back and forth over sacks of loot. It's a decent diversion, but the Undercover Cop mode is probably the best of the lot. Here, Fragile Alliance is played as usual, but one player is secretly told that he's the cop. And it's up to that player to ensure that none of the other criminals escape. To facilitate this, the cop isn't flagged as a traitor when he shoots the criminals. So the goal is to stealthily take down the criminals, one at a time. It's pretty thrilling and tough, but not impossible, to pull off.

While it's a bit lacking on the content side, the visual style of Kane & Lynch 2: Dog Days is really amazing. The whole game looks like it's being filmed on a busted-up cell phone, with plenty of MPEG compression artifacts, color separation, streaky lighting, and so on. Watching the frame rate deliberately take a dive during huge explosions is especially cool. Also, the game's camera lopes and swings around dramatically, especially when you run. While it can be enough to make spectators a bit nauseous, I didn't have any trouble with it when I was actually at the controls. If you can't deal with it, a "Steadycam" setting in the options lets you calm down the camera movement, but not the other visual tricks. All in all, it looks great by looking deliberately awful.

While the console versions of Kane & Lynch 2 seem to be on-par, I experienced a fairly crippling issue with the Xbox 360 version of the game after spending around 10 hours with it. It seems that some sort of profile or save game-related issue causes the game to completely seize up for a few seconds when you kill someone, often with a shotgun or via the game's human shield mechanic. I'm no QA guy, so I won't try to speculate too much about what's going on, and perhaps it's not the sort of thing that will happen to every single Xbox 360 owner, but it happened here on multiple machines. We've got footage of it occurring in our video review. It's pretty terrible. If you're looking at buying the Xbox 360 version of the game, you might want to wait for a patch or two. No such issues occurred in the PlayStation 3 version of the game.

Kane & Lynch 2's visual style really sets it apart in ways that its standard take-cover action can't. It'd be a really cool game that would actually be pretty easy to recommend if there were a little more to it. While there are definitely aspects of the game that are very much worth seeing, the game's lack of content (and potentially severe Xbox 360 issue) make it tough to recommend as a full-priced purchase.
Jeff Gerstmann on Google+
Load Comments 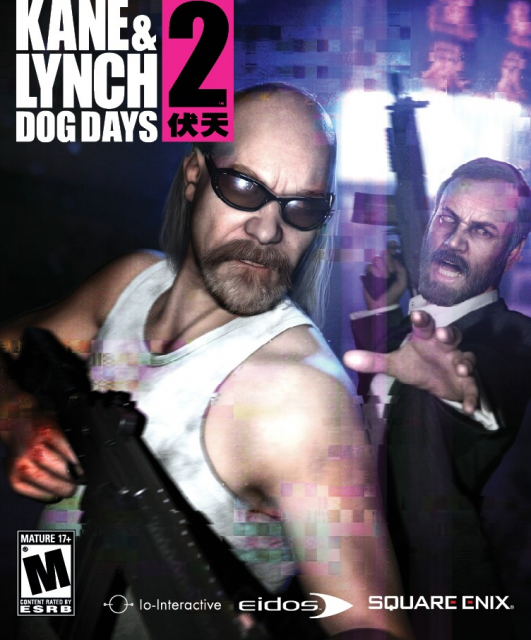