by Jeff Gerstmann on May 1, 2012
Share:TwitterFacebookReddit

The Vita version of Mortal Kombat hits just as hard as its console counterparts.

The Vita version of Mortal Kombat is the same fantastic and content-loaded fighting game that appeared on consoles about a year ago. But this portable version of the game actually has even more to do. The four characters released as downloadable add-ons for the original game are already present, and there are even more costumes to choose from. It's gone through a year of patches and balance changes, ensuring that the version of the game you're getting on day one for the Vita has been fight-tested and tournament approved. In short, if you're a Vita owner that's open to the idea of a fighting game, Mortal Kombat is an amazing value.

I'm not going to just rehash everything I said a year ago, but 95 percent of that old review still applies here. The single-player story mode is still astoundingly deep and the challenge tower is an exciting and maddening climb. Let's talk about the differences. The Vita version gets a new challenge tower that's largely built around the Vita's touch and shake features. It's a little silly, giving you an MK-themed take on Fruit Ninja, minigames where you tap rockets with your finger before they can reach your fighter, and so on. But it's a solid change of pace that, for the most part, handles the Vita's additional control options pretty well. In fights, you can use the touch screen to perform fatalities, if you like, and you can also unleash X-ray attacks by tapping your super meter when it's full.

If you start directly comparing the Vita version of Mortal Kombat to its console counterparts, you'll notice some cutbacks. While the frame rate is perfectly smooth during the fighting, that seems to come at the expense of some of the original game's character detail. When the game zooms in close for fatalities, win poses, or pre-fight talking (which happens all the time in the game's story mode), you'll notice that the character models look a little grungy and decidedly flatter than they did on consoles. That's obviously not the end of the world, and it's surely insane to expect a handheld to perfectly match a console, but hey, consider yourself aware of the difference. Some backgrounds look a little static, as well, but overall, it's a really nice-looking Vita game. Also, the game's online mode is limited to fights with one other player, so all the chat lobby and avatar-based spectator stuff from the other versions has been cut in favor of basic splits between ranked/unranked and one-on-one/tag battle. It appears to work just fine, though I had a few games drop out after character selection had been completed and it occasionally takes a little while to match up with a player and get a game going. Once you're connected, though, fighting and voice chat (which is on at all times once you're connected) work great.

Even if you're not near a Wi-Fi connection often enough to take advantage of the multiplayer side of Mortal Kombat, there's more than enough stuff for you to do by yourself to make it worth its $40 price tag. If you're at all warm to the idea of a portable fighting game, you should absolutely pick it up. 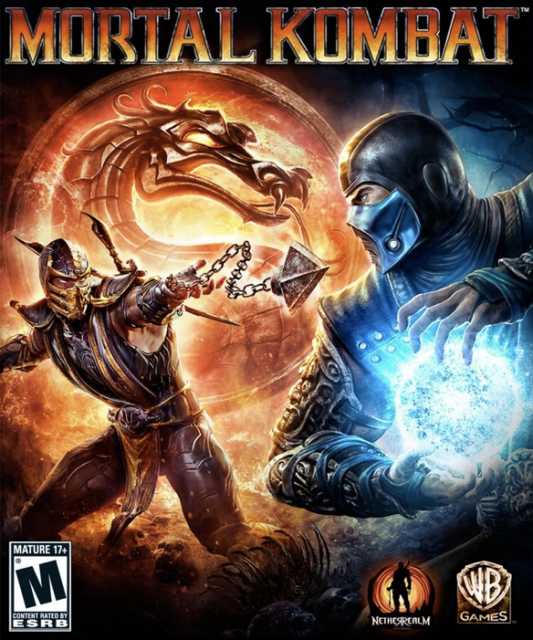