by Matt Kessler on September 12, 2011
Share:TwitterFacebookReddit

Space Marine's brutal single player works just fine on the PS3, but the online matchmaking is so busted that it's clearly the weakest of the three platforms.

Has any modern franchise had its core creative ideas as repeatedly ripped off as Warhammer 40K? The bleak, vicious world of the future portrayed by the popular tabletop game--where a hyper-advanced humanity fends off total annihilation from all sides thanks to an all-powerful immortal emperor and his legions of devoted, fearless, power-armored disciples--seems ideal for video game adaptation, regardless of genre. The setting was so appealing, in fact, that other game developers were happy to rip off elements of that setting for their games. Whether the universe’s various armies were lifted directly, or the weapons that defined that universe were merely borrowed as an “homage,” 40K has been plundered by other developers while Games Workshop struggled to properly get its universe out there.

Now, developer Relic--who had great success adapting Warhammer 40K in the Dawn of War series--brings the franchise to consoles as a third-person shooter, a genre already teeming with games that sort of look like they're set in the 40K universe. But Space Marine wisely carves out its own unique take on the genre, trading traditional cover-based antics for a balanced mix of satisfying shooting and brutal, effective melee combat. It’s not as interesting a representation of the 40K universe as the Dawn of War games, but Space Marine’s satisfying combat--at range and up close--makes the game stand out. It's just too bad that the online matchmaking is totally broken on the PS3, making the game's fun online multiplayer a total chore to experience.

The titular Space Marine in this game is Ultramarine Captain Titus, member of the Emperor's personal chapter of armor-clad zealots. When one of humanity’s massive forge worlds comes under an invasion of the greenskined orks, Captain Titus and two other chapter members are deployed to hold the planet before the main force arrives on the planet. Upon landing, Titus must turn the tide of the orkish horde and will discover that there are more chaotic forces on the planet than anyone initially expected.

Having a ground-level view of Warhammer 40K’s most iconic forces is the real appeal of Space Marine, and it’s on that front that the game delivers with its unique twist on standard shooter tropes. Relic’s savage game asserts that a centuries-old battle hardened super warrior wearing a suit of hyper-advanced and resilient power armor doesn’t really need to concern himself so much with taking cover. As such, Space Marine’s ruthless combat is an up-close and personal affair. Titus comes to battle with the same kind of defenses as Master Chief, a layer of shields protecting a health bar. The shield bar regenerates as you might expect from a modern shooter, but no mere health pack will repair your critical line of defense. Instead, Captain Titus can only regain health by getting in close to his orkish enemies, stunning them and then promptly executing them in some vicious, savage, and awesome way. It’s not the most natural game mechanic, but it forces you to stay closer to your enemies than you would normally get in modern third-person shooters, and it leads to that incredibly satisfying moment when, to save yourself from death, you charge directly into the enemy ranks and begin hacking them to death with chainswords and warhammers. It’s exactly the kind of ridiculous gameplay design that shows how badass the Space Marines are, charging directly into the enemy even at their most dire moments.

Of course, that particular design mechanic wouldn’t matter if the core gameplay didn’t measure up, and Space Marine’s wide arsenal of satisfying weapons sell the action. The default Bolter rifle that forms the core of Titus’ gear is an incredibly satisfying machine gun, good at all ranges and perfect for closing the distance between ranged battes and melee masacres. The rest of 40K’s weaponry also makes the transition to a shooter well. From Lascannon sniper shots that obliterate multiple enemies, to the room-clearing Melta gun sweeps, to the satsifying explosive energy shots of the Heavy Plasma gun, Space Marine’s assortment of weapons (and the frequency with which new weapons are introduced) insures that you have multiple ways to clear out the orkish army. Of course, the real star of Space Marine is the melee weapons which slice apart multiple enemies with a single swing and allow you to execute enemies with some great animations. The melee combat may be a little simplistic (you won’t confuse it for modern character-action games) but it works surprising well as a compliment to the shooting action you’d expect from the genre. The melee and shooting form a fresh combination that helps to underscore why the Space Marines represent the Forge World’s (and humanity’s) best chance against the enemy.

Space Marine also allows players the opportunity to get hands-on time on the classic weapons and gear of the 40K universe. Relic’s Dawn of War also faithfully recreated the minutiae of the tabletop game, but that memorable equipment and those classic enemies have never been rendered in more detail than they are in Space Marine. You’ll see (and murder) lovingly detailed Shoota and Slugga Boyz, Squibs and (eventually) Daemons and Chaos Marines as you travel through the skull-strewn gothic stonework that typifies the world of Warhammer 40K. The equipment and environments help to make the world feel consistent and, consequently, seem real and fleshed out.

It’s just too bad that the game’s actual story does nothing to invest you in the game world. Titus’ battle to save the Forge World is mostly cliched, and filled with basic, boring characters. The Dawn of War games do an awesome job of portraying the Space Marines' fanatical devotion to their god-Like Emperor and the extremes to which they’ll go in order to protect humanity and stop the spread of chaos, even if it means eradicating all life on a planet. The Marines are zealots whose devotion is unwavering and who will happily execute a fellow human soldier rather than allow their cowardice. Captain Titus, on the other hand, is a bland straight arrow of a leader, a politically correct Space Marine who too often displays the kind of basic kindness and understanding that the 40K universe avoids. His only real attributes are his devotion to his mission and his ruthless competency. The rest of the game's cast includes Obvious Rookie Who Plays By The Book, Obvious Grizzled Veteran, and Obvious Betrayer, all of whom are called to protect a Maguffin that, in the wrong hands, could destroy the planet or potentially unmake reality. Worst of all, the game directly plays into the object’s role as a Maguffin; the second Titus hands said object to someone else in the story, that character is immediately killed off to keep the plot going. It’s a little disappointing, especially in the wake of Relic’s other games in the franchise, to see such a simple premise for the game, but the core action is still interesting and satisfying enough to make up for the weak story.

In addition to the game’s six-to-eight-hour campaign, Space Marine offers a multiplayer mode that is far more traditional in scope and content than its single player campaign. The balance between melee combat and ranged attacks is still present, but the focus on that gameplay structure is lessened in favor of class-based gameplay. Players can choose to play as normal or Chaos Space Marine versions of the standard, rifle-bearing tactical marine, the slower, heavy weapon-bearing devastators, and the jet pack equipped, melee-focused assault marines. By dividing and segmenting potential combat roles by class and focusing combat on much smaller groups of enemies, Space Marine loses many of the unique gameplay scenarios that make the single-player game so interesting.

That’s not to say the multiplayer isn’t fun, however. All of the single-player weapons make their way online and are still fun to use. In particular, the assault Marine--with his jump jet pack and devastating ground-slam attacks-- is a total blast to play, as he can traverse the entire map with ease and charge directly into enemies. There are only two game modes in Space Marine--Capture the Point and Team Deathmatch-- but both modes work in favor of the class-based structure of the game. And in keeping with the game’s miniature origins, you can customize your marines online with a variety of paint schemes, armor parts, and emblems. The opportunity to hack a Chaos Marine to death as a pink Space Marine is still worth checking out, even if the multiplayer doesn’t always play to the game’s strengths.

Unfortunately, that multiplayer fun is dependent on being able to join a multiplayer game, a simple request that the PS3 version of Space Marine cannot fulfill. Space Marine suffers from some of the slowest matchmaking I have ever seen in a console game, with wait times as long as 20 to 40 minutes to get into a single game. This is made worse by the fact that Space Marine doesn’t kick inactive players from games. I left Space Marine running for two hours unattended, and I still found myself in no multiplayer matches. No matter how far and wide you cast your NAT, you’re probably not going to get multiplayer games any faster. The PC had similar matchmaking problems but was fixed on Relic's end, while the Xbox 360 version's matchmaking works as intended. As a result, the PS3 version is handily the worst version of the three, and although Relic is trying to rush a patch out, you should consider other platforms at the moment if you want to mix it up online.

Still, the core single-player remains unaffected by those online issues, and it’s the real meat of Space Marine. By looking to its own fiction for inspiration, Relic has crafted a fun, exciting shooter that effectively differentiates itself from other games in the genre. Warhammer fans in particular will relish the opportunity to play with the universe’s arsenal, but even non-fans looking for a fun shooter could enjoy Space Marine’s savagery and unique take on the formula. Space Marine isn’t the most substantial release, but it’s a violent ride that proves there is fun to be had by ridding the galaxy of any and all Xenos. 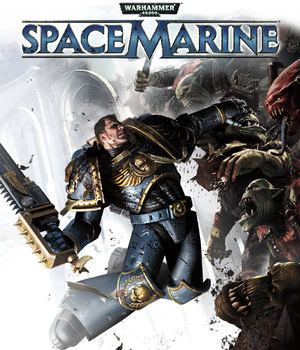 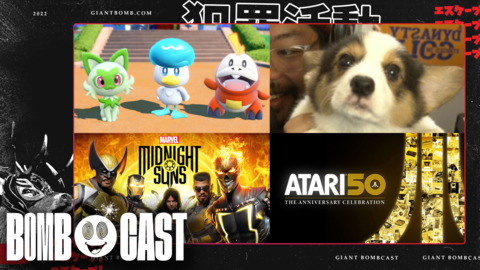 This week we've assembled the unholy trinity (with some special appearences) to discuss Jeff Bakalar's time at AEW Full Gear, Jan falling out of love with Pokemon, Atari 50 being a darkhorse for GOTY, and a roundup of video game news!