by Jeff Gerstmann on April 13, 2009
Share:TwitterFacebookReddit

Wheelman has some great ideas that are executed well, but a lot of the peripheral stuff is underwhelming.


Wheelman is a mission-based open-world game, and you won't be surprised to hear that it shares a lot of ideas with Rockstar's Grand Theft Auto series. But by designing the action with a greater focus on driving than on walking and shooting, this vehicular Vin Diesel vehicle feels different enough to separate itself from the games it resembles. By giving you some pretty clever moves to pull off while you drive, Wheelman makes its high-speed chases thrilling in a way that most games don't match.

The story of Wheelman has you, as Vin Diesel playing an undercover agent going by the name Milo Burik, playing the gangs of Barcelona against each other. As a man in the middle, you'll do a lot of driving-related work for the various factions of the city. But your real goal is to get in on a caper that's being planned outside of the gangs' purview. The game's story bounces around from faction to faction so frequently that it's a little hard to follow, and your overarching goal only pops up at the very beginning and near the very end of the game. So few of the game's missions feel meaningful, in a storyline sense. But as a setup to just bomb around the city in a fast-moving car, the quick cutscenes that bookend each mission work well enough.

It shouldn't shock you that the best part about Wheelman is its driving. The cars are very loose and squirrelly, allowing you to drift around turns without losing much speed, spin around quickly to throw off your rivals, and generally navigate through traffic. While you can fire a weapon and drive at the same time, the car itself is probably the most exciting weapon in the game. By pushing the right analog stick around, you can force the car to lunge left, right, or forward. This is an attack that bashes the cars around you, doing damage and ultimately setting them up for takedowns. The lunges are extremely exaggerated and totally unrealistic... which is part of why they're so much fun. You also have an on-screen focus meter that can be used for turbo boosts or for aimed shots that slow the action down and place specific targets on enemy vehicles that, when shot, cause that vehicle to blow up immediately. You can do this aimed shot on cars in front of you, or you can opt for the "cyclone," which spins your car around to take out the guys behind you, then spins it again when it's over. It's as ridiculous as it sounds, and it looks pretty cool, too. But the ridiculous style quotient is fully met by the game's "airjack" maneuver. By driving behind another vehicle and timing the release of a button, you can leap out of your existing car and steal a new one, all without really slowing down. It's both awesome and useful. Replacing a damaged car with a new one all without really exposing yourself to the enemies who are usually shooting up your car almost feels unfair at times.

The mission structure in Wheelman is tightly focused. You don't need to aimlessly drive around the city or work your way from one point to another just to start missions. You can fire up a story mission from your map. You don't even need to go and get a fast car, because the story missions all provide vehicles for you to use. Side missions are a different story. While you can start any of these up from the map, as well, you'll need to be in a car to start them. These missions have you trying to get away from rival gangs, picking up packages on a tight time limit, taxiing people around, or stealing specific vehicles and delivering them without damage. The side stuff isn't fantastic, but doing well in these missions has the benefit of increasing the amount of damage your vehicles can take, increasing the size of your focus meter, and other similar power-ups. I managed to finish the game's main story without doing most of the side missions, though, so they don't feel especially necessary unless you're having trouble completing a given mission or playing the game like a completist.

During some missions, you'll need to get out of your car and do some shooting. The game's on-foot sections work well enough to keep things moving. Lock-on targeting makes gunning down opponents easy, and there are always plenty of objects lying around to hide behind. Milo's health regenerates quickly, so as long as you're a little careful, it's tough to fail a mission by dying. Even in cases where you fail, the game checkpoints its missions fairly tightly, so you won't need to recover a lot of ground when you mess up.

Visually, the city of Barcelona and the cars in it look fine. Bashing cars around and causing them to explode also looks good. The only real visual issue with the game comes in its cutscenes. The characters look like they have a weird coat of plastic over their faces, and the facial animation isn't so hot. A lot of the up-close bits just look really strange. That said, it's already sort of hard to take the cutscenes seriously. Vin Diesel's dialogue consists of brief, one-or-two-line responses to the various gang leaders you're taking missions from. Whether you take that as an example of his character's "quiet strength" or as a issue with Diesel's range is entirely up to you. I will say that between playing Wheelman, seeing the new Fast & Furious movie, and playing a bit of the new Riddick re-release, I've noticed that the dialogue format for Diesel's work is all incredibly similar--a few lines of dialogue, usually said in a gruff, low tone that seems like it's meant to paint his characters as bad-asses that don't need to yell very often to make their point. Again, you probably already know if you love or hate that style.

Wheelman, in a lot of ways, makes for a great spot of relatively mindless fun. It's tightly focused on the driving, and it gets that stuff right, making for an exciting romp through the streets of Barcelona. But you spend just enough time out of the car or playing through uninspired side missions to prevent Wheelman from scratching the same obsessive itch hit by other, better open-world crime-themed games. It's certainly mechanically sound, but you should probably attempt to find it at a slight discount.
Jeff Gerstmann on Google+
Load Comments 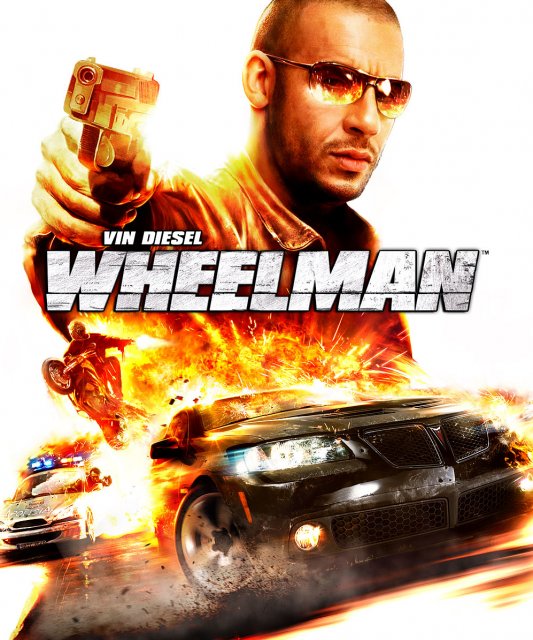