Heather Anne Campbell and Nick Wiger take a break from plumbing the depths of gaming's worst to talk about some of the year's best titles.

Heather Anne Campbell and Nick Wiger are the hosts of How Did This Get Played?, a podcast in which the hosts and guests talk about the worst and the weirdest video games ever made. They are @heathercampbell and @nickwiger on Twitter.

Earlier this year we started a podcast (How Did This Get Played?) where we play legendarily bad and baffling games to punish ourselves because Nick is a sinner and Heather is his friend. It’s been a true nightmare. But thankfully, when we actually got to enjoy our favorite hobby this year, there were many gaming delights.

Our ten favorite games of 2019 in alphabetical order:

When it comes to Sid Meier’s, this ain’t my first rodeo. Or even my second, third, fourth, or fifth. That’s right, it’s my sixth rodeo. So I’m used to these games getting refined via expansions. Gathering Storm, its second, significantly improves Civilization VI by rebalancing existing mechanics and adding new ones; in particular, environmental effects and climate change. Perfect for a guy like me, who read The Uninhabitable Earth and went full nihilist this year. (Wiger)

A game about the internet, consumerism, capitalism, solitude, social networks, and gaming itself. Hideo Kojima has decided with authority that video games are goofy, and instead of inching away from their shortcomings, he dives into their tropes and embraces them. This game is fantastic. It’s one of my favorite games of the last decade. If you play this game until there’s nothing left for it to deliver, you’ll never look at Amazon the same way again. (Heather)

“Why is this good?” I asked co host Nick Wiger. He said something like, “Because it does all of the simple things very well.” (Nick: I actually said “because of the part where you find Rab’s porno mag.”) I think this is a fine assessment of Dragon Quest. In 2017, I traveled to Tokyo and went to the Dragon Quest XI bar in Roppongi. They played the MIDI version of the in-tavern theme and served the worst drinks I’ve ever had. I ordered some kind of Slime-themed snack and it tasted like a sock. I had to stand in line to get into this bar, in the rain. After finishing DQXI on Switch, I want to go back to that bar, and drink another sock-flavored ale. (Heather)

The Legend of Zelda: Link's Awakening

There have been mainline Zeldas I’ve never finished. There have been Zelda spin-offs I’ve never played, like Tingle Teaches Typing or whatever. But Link’s Awakening was the only mainline Zelda I’d never played, which was probably my greatest shame. And that’s saying something, because I’ve committed crimes. But now that it’s been remastered for my favorite platform ever, I see why this has a reputation as a series highlight. (Wiger)

I knew I’d love this game before I even downloaded it. So was I biased going in? You’re damn right I was. Hey, I’m not a critic. I’m an intermittently employed man in his late 30s with “some college.” Anyway, Obsidian may be the best storytellers, and definitely are the best dialog writers, in all of game development. An intricately built world(s) based on the regrettably plausible premise of capitalism taken to its logical conclusion, and featuring a beautiful, vibrant art style, this game is a depressing blast. I was a latecomer to New Vegas, so I’m glad I got to experience this one hot off the presses. The Outer Worlds: It’s not the best choice, it’s Wiger’s Choice. (Wiger)

New Pokémon games are judged based on... how cool the new ‘Mons are. That’s it. You can tell yourself they’re about balance and pace and music and customization, but if the new ‘Mons were just little brown bugs and their dex entries read “here’s another brown bug, it’s just moving around in the dirt," nobody would be lining up at midnight to play. The magnitude of designing hundreds of new creatures every couple of years is the true genius of The Pokémon Company. (Heather)

I’ve never played a Souls game without carefully tip-toeing through the game world like the coward I am, so Sekiro was a unique challenge. You can’t block, you can only parry. You have to roar through Sekiro with patience and confidence, never second-guessing yourself and rarely retreating. Sekiro is about becoming a sword. It taught me that I’m a piece of cardboard in the shape of a child’s blade, left out in the rain, stomped on until mush. (Heather)

Hearthstone as a roguelike? Did I find a genie? Yes, I suck at this game, as I suck at Hearthstone and Magic: The Gathering and Uno and gin rummy. I guess anything involving cards is bad for me. I mean, I struggled with Triple Triad in Final Fantasy VIII. But despite my own deficiencies, StS is fun and endlessly replayable, with a unique world and aesthetic that both clicked for me. Plus, fighting a giant heart reminds me of Contra. (Wiger)

Tetris was already perfect. And if you’re perfect, you can win. The only game I’ve played more this year is Death Stranding. Free to play, impossible to put down, Tetris 99 lets you truly feel like a master when you finally beat 98 (or is it 99) other human beings at Tetris. That’s it. You’re done. You’ll never reach higher heights, nor accomplish more. Go lay down in your grave and wait for them to fill it in. (Heather)

Somehow, a game we covered for How Did This Get Played? made it onto this list. Granted, this fit in the “weirdest” side of worst and weirdest, but what a joyful PG take on the stealth genre. Who knew causing nonviolent chaos could be so fun? Bullying townsfolk and ruining their shoes and gardens is a goddamn blast. This must be why YouTubers enjoy doing mean pranks disguised as “social experiments.” (Wiger) 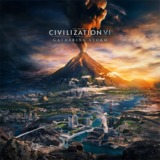