Rod Humble Would Like You to Meet Linden Lab 2.0

by Patrick Klepek on October 11, 2012
Share:TwitterFacebookReddit

The creators of Second Life and the former leader of The Sims are going to release four new games in the next month. The goal? Empower the player.

It’s been almost two years since Rod Humble quit Electronic Arts, and left The Sims behind. There was genuine wide-eyed surprise when Humble revealed his new home at Linden Lab, creators of virtual world Second Life.

Humble isn’t just a designer at Linden Lab, either--he’s the CEO. Only now, however, can we see what Humble is working towards. Linden Lab isn’t leaving behind the bread-and-butter that is Second Life, which generated $75 million in 2011, but it’s growing beyond it.

That shift is coming with four brand-new games all in the next month, each with Humble’s fingerprints on them. His involvement with each games varies project-to-project, but the big idea to finally move past Second Life, and establish a new identify, was his.

“When I was thinking about leaving EA,” said Humble during a recent meeting. “I was going to do my own company, and it was going to be around creative spaces--games that emphasize creativity tools more. When the opportunity came up and Linden Lab got in touch...first of all, Second Life? Is that still around? [laughs] I looked, and it was really, really healthy. Also, it was a company that was ready made to do a whole bunch of other products, which I wanted to do.”

Second Life is not going away, though, and most of the company is still working on it. But empowering users with robust tools to foster creativity is the new mantra. Anything the company creates must have this ethos in mind. Humble admits it’s difficult; it’s infinitely easier to craft tools only for a developer and make something magical for the user. Every time that comes up, Humble and the team takes a deep breath, and focuses back on the users.

“There’s nothing, frankly, more rewarding than when you release something and people are like ‘hey, this is mine!’ as opposed to looking at your content,” he said.

It’s not a surprise to hear this from Humble, a protegee of Will Wright, and someone who previously worked on EverQuest and SubSpace. Yeah, SubSpace.

The first game that underscores this new approach is Patterns. Already launched in “genesis” form, which was described as pre-alpha, Patterns has much in common with the object creation of Minecraft. There’s one very key distinction with Patterns, though. Minecraft lets you build anything without consequence, and there are no physics. With Patterns, you must take into account structural integrity, especially as it relates to design and building materials, and the game is constantly providing you feedback. Don’t listen to the feedback and it all falls apart.

Play Patterns with your 10-year-old son, as Humble recently did, and you’ll learn the lesson quickly.

“My son loves Minecraft, he loves all those kinds of games,” he said. “One of the things that physics brought home is that it turns out architects know what they’re doing! [laughs] First thing we did was build a house, right? So we made it in a typical style. [But] when you’re building it with actual physics and weight, the bottom collapses!”

Patterns has--shocker--players collecting material in order to build stuff. There are some smart additions, though. In addition to unlocking new pre-made objects the game’s creators have put together, you can go into a Spore-like object creator and make whatever you want with whatever you’ve harvested. Don’t have access to a wedge yet? Make your own, save it, and use that to make sturdier bridges and more complicated creations. The developers hadn’t yet built in support for spheres and other s objects, but players have already found a way to make it happen.

Humble told a similar story from Spore. The development team didn't design tools to support the creation of humans because it would look silly. One day after the tools were in the wild, users found a way to make humans anyway.

Roughly a year from now, Patterns will launch into version 1.0--again, pretty similar to Minecraft. Multiplayer is later this year, an avatar editor is coming soon, and feature lists are collected from users on the game’s site all the time. There is an internal roadmap at Linden Lab, but it’s also built to twist and turn based on the whims of the players.

The Minecraft comparison is not a coincidence, and it’s also not something that Humble shies away from. It wasn’t always that way, though. When Patterns was first being shown, Humble was worried about what Minecraft creator Markus “Notch” Persson might think about invoking his game so often.

“The Minecraft question is an ethical issue for us,” he said. “I was really concerned beforehand. How do we address that? Clearly, we’ve been inspired by Second Life, but also a lot by Minecraft. I don’t want to talk about the guy’s games, trading off his name, but I also don’t want to pretend like Minecraft doesn’t exist.”

Through a mutual friend, Humble was able to reach out to Persson, who gave a thumbs up, and even mentioned the game on Twitter.

The other game Humble was ready to show, Creatorverse, won’t be ready for your PC or Mac until a bit yet, but anyone with an iPad will be able to try soon, pending approval from Apple. Creatorverse is more of a toolkit to create Rube Goldberg-like interactive toys than anything else.

Humble loaded up the app, which starts with a white screen. First, he drew a box, colored it in and tried to convince me it was a car. He made a better argument when two circles were underneath it, but when he clicked “play,” everything fell apart. By tapping the left side of the screen and pulling up his toolbox, Humble added joints that merged the “wheels” with the “car,” and gave the wheels a movement ability. Finally, he added a squiggly green line beneath everything, and clicked play again. The car roared to life...and then quickly fell off, tumbling into oblivion.

Each creation can be uploaded into the cloud, and both played and edited by anybody. The goal is to bring some Second Life sensibilities to Creatorverse eventually, too, such as giving users the ability to charge for them. (That can't happen on iOS, though.) One of the more ambitious toys created by pre-release users was a pinball machine.

It all reminded me of LittleBigPlanet, except not restricted to a platform directed at hardcore players.

In the next few weeks, the other two games will launch. Dio is a room creator, in which players can do everything from construct a choose-your-own adventure to develop an interactive wedding album. One user made a guide to their horse stables. The other game is, perhaps, the most fascinating. Versu, the result of acquiring LittleTextPeople earlier this year, comes from interactive fiction author Emily Short and The Sims 3 AI designer Richard Evans. It’s a storytelling toolset, and players assign characters a set of motivations. Characters then react to the actions of the player, and the story is procedurally generated. The first release is aimed at murder mystery and romance stories.

By launching all four so close to one another, Humble hopes to change the perception of Linden Lab, and begin to have people who wrote the company off as just “the Second Life company” to come back and have another look.

“Second Life is one of those things that probably had too much PR at some point, and it was of a certain variety,” said Humble.

To most, Second Life is a thing places like CNN reported on every few months about how users can make money selling virtual real-estate. It’s not on the radar of most “hardcore” players, if I’m to use a broad and reductive term. Patterns, Creataverse, Dio, and Versu are of a different variety, while still channeling Second Life's creative virtues.

“I’ve sat through an awful lot of company vision statements in my time, and I loathe them with such a passion,” he said. “But the only ones I think are vaguely effective are ones where you can say ‘okay, what design choice should I make?’ And this one, at least, has that.” 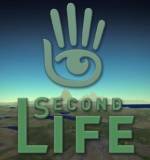 A customizable, open-ended game that functions like a 3D chatroom with avatars and wide open spaces. It's free with an option for a premium subscription for additional content.