Dead Space 3 Review: Turn It Off

Dead Space is among the bright lights of game series originating in this current generation for me, with its first entry providing a chilling and highly polished horror game while its sequel increased the action and maintained the personalised story. That said I was concerned about Dead Space 3 during its development. Increased focus on action, microtransactions, co-op campaigns and the supposed need to sell 5 million copies for “success” all indicated a damaging attitude from EA, and I was worried about how this would impact on Visceral’s work. There was a clear danger that Dead Space would fall down the same hole that Capcom lead the Resident Evil series into with 6, and submit to the call of “streamlining” the finale of the Dead Space trilogy at the expense of the series roots. Well, I would call the final released result a compromise, but I am glad to say that Dead Space 3 retains what makes this series so great, mostly...

The story of Dead Space 3 picks up some time after the thrilling ending of the sublime Dead Space 2, though not before giving players a truly fantastic prologue sequence to play through that really sets the scene for the rest of the game. As things begin in full, we find Isaac is living in a rundown apartment, drinking heavily and disconnected from the world. He had been romantically involved with Ellie Langford in the time between Dead Space 2 and 3, but that relationship has fallen apart and Isaac along with it. Suddenly a couple of Earth Gov marines arrive and demand Isaac accompanies them in a rescue mission to the far away planet of Tau Volantis to find a lost expedition which Ellie was part of. It is from here that the greatest narrative failing of Dead Space 3 becomes apparent: the speed at which it closes the story threads which have been dangling since the first game. We are briskly informed that Earth Gov is in tatters and that the Unitologists are taking control and this is reinforced when a Unitologist attack on the facility occurs. Events after this opening chapter become more traditional Dead Space in tone, but I am surprised at just how badly the story of Dead Space 3 is told. Everything has a hasty and somewhat rushed feel to it, lacks the subtlety or mystery that the series got so damn right in previous entries, and overall Dead Space 3 is a far inferior story than its predecessors.

To illustrate this point you need look no further than the Church of Unitologies role in the game, and that of its leader Danik. This elusive and shadowy organisation have always lingered in the background of the Dead Space lore with an influence the extent of which is kept hidden from the player. However, in Dead Space 3 they are reduced to gun totting madmen without any mystique or anything particularly interesting about them at all. Similarly Earth Gov were built up as a major antagonist organisation, and the ending of Dead Space 2 heavily implied a further role for them in opposition to both Isaac and the Unitologists, but they are dispatched in a single sentence at the opening chapter of the game. The explanations for the Necromorphs themselves and the origins of the Markers are not delivered with the care that they deserved, and the ending is rather atrocious.

It is also sad that the character interactions and personal drama of Dead Space 3 have greatly declined from the heights of the first two games. Isaac is no longer subject to the dementia scenes that formed the highlight of his story in the past, Ellie is heavily sexualised since her introduction, and the awkward unnecessary love triangle between them and one of the marines on the team is just out of place. The rest of the squad lack any really development of significance, and the co-op buddy is rather boring all things told. The whole story just lacks the sheer tension and drama, sense of mystery and need for discovery that the first two games possessed, and its poor pacing really hurts the narrative for me.

No one can take away from how good Dead Space 3 looks visually. The sheer graphical fidelity is just gorgeous, with fantastic use of lighting, even in grim area like the blood stained darkened corridors of ruined vessels. Unfortunately, Dead Space 3 lacks the variety of locations as Dead Space 2 contained. The lavish and ornate architecture of the Church of Unitology, the neon lights of the shopping districts, the twisted school and the Earth Gov administration offices among others, Dead Space 2 had it all. Dead Space 3 on the other hand is limited to a set of industrial ship corridors, and the icy wastes of Tau Volantis. The game does do a strong job with making something of the snow environments on the planet’s surface, but nothing can hide the lack of visual diversity.

It is good then that the character models still look great, with nice animations and facial features, as well as some juicy new necromorph designs, even if the actual monsters themselves are not all that fresh in terms of their actual abilities.

The voice acting is solid, though the haphazard dialogue takes its toll, and the music is far less memorable than previous games in the series. However, the sound design is still a masterclass, retaining the greatest strength of the series: atmosphere. From the howling winds on the planet’s surface to the screaming of incoming monstrosities, the ambient sounds of Dead Space are tension setting at its finest.

The shooting mechanics of Dead Space 3 work the same way as players have come to expect, with the same responsive yet weighty feel to Isaac. You now carry 2 weapons instead of four, but there is a robust crafting system to make up for this and allow customisation to a large extent. The AI is also greatly improved, as necromorphs will now pull back and await reinforcements at points instead of mindlessly charging at the player to their own demise. There are also human enemies introduced in the first chapter, and the cover based tactics for these are very weak, making Dead Space 3 dive into a bargain bin third person action shooter for a short period of time instead of being what it is great at.

The crafting system is also integrated with microtransactions, and though I have to say that I did not find their inclusion intrusive and ignored them throughout my playthrough I strongly object to their presence. Visceral pride themselves on their presentation, including having the UI as part of Isaac’s suit, yes this immersion breaking microtransaction option is rammed into an otherwise masterful atmosphere, and it’s ridiculous. The co-op is non-intrusive, and is actually a decent way to play the game and take full advantage of the selection of strong side missions, but it is far from essential, and I enjoyed my experience of Dead Space 3 in singleplayer without any issues in that regard.

I experienced no technical problems with Dead Space 3, it is a highly polished game with a fantastic core combat system and satisfying upgrade system, as well as a complete and new game plus mode and chapter select. Unfortunately, there are issues with the design of the game itself that I found annoying. Firstly, there is far too much backtracking through the same areas again and again, more so than the first game. While the story necessitates this, I found it tedious and in opposition to propelling me through the campaign. There are also a lot of fetch quests, get three of this to fix the broken machi9ne, and Isaac generally being used as a mule for my liking. These kinds of objectives feel like chores, and Dead Space has done better than this in the past. I could also do with less wall climbing/walking, as Dead Space 3 overuses this tedious mechanic. The space walks on the other hand are still fantastic, which cannot be said for for extremely underwhelming boss fights.

The co-op element was handled with the most care possible to ensure it didn’t interfere with a single player experience, unlike say Resident Evil 5 where players were saddled with an AI partner if they played alone, and I appreciate this. However, it is impossible to escape the fact that Dead Space 3 is the most action orientated game in the series, far more so than 2, and as a result is not scary at all really. It is tense, and has some jump scares, but it lacks true horror.

Dead Space 3’s greatest design victory is the attention to atmosphere through the feeling that this is a real inhabited place through the spread of logs and self contained mini stories spread throughout the games environs, and the brilliant balance of time and resource management that is at the heart of the combat. It is still thrilling to take on an undead wave and escape alive, and some poor pacing which would ruin many games fails to bring down the core brilliance of the Dead Space formula.

Dead Space 3 could have been the best game in a stellar series, but design flaws, marketing decisions and a weak narrative prevented this from happening. Despite these flaws, Dead Space 3 is a sequel that followers of the series should play to see things to their conclusion. The core combat is still superb and running at 14 hours in my first playthrough I can safely say that you get a lot of time out of this product. It has thrilling and climatic moments that are not easily forgettable. It may lack the charm and focus of its predecessors, and represent a series running out of steam on its present track, meaning that Dead Space 3 is not a great game, but it is absolutely a good game. I had a lot of fun playing through it and reaching the end of my time with the Dead Space universe, despite my disappointments with some of the changes made. Don’t be afraid of the co-op or microtransactions because they don’t really get in the way of a strong single player experience.

There are still some great Dead Space moments to be had in this game, especially in the early going. The zero-gravity space sections especially have a great atmosphere about them. But these few heights are severely diminished by unnecessary gameplay changes. (I hope whoever thought fighting humans with a sorta-cover system was a good idea has been sacked.) The game also feels overlong, and I eventually grew quite tired of fighting the same enemies over and over. It also doesn't help that it's pa...

The Dead Space franchise is one of my favorite new franchises from this generation. The first game was a modern survival horror game done right, taking place in an interesting and well-realized space setting with some clever creature design and tight combat. The second game built upon everything that was great in the first game, creating a sequel that was actually better than the original. Dead Space 2 was a bit less about the horror and more about the action, but it suited the style of the gam... 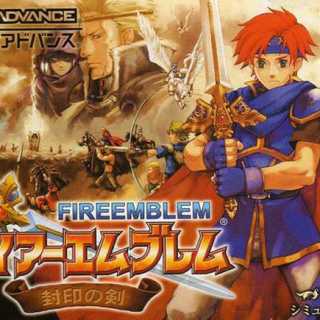 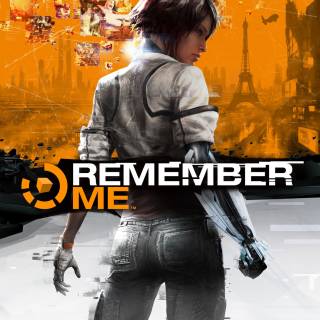 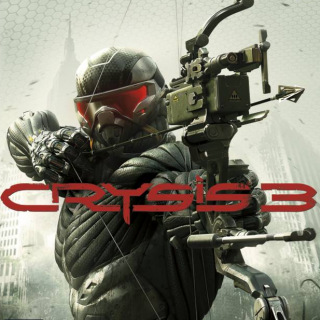 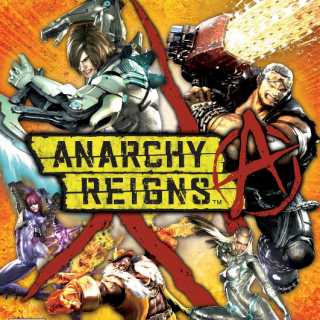