Need for Speed: Payback has flashes of brilliance, but they’re held back by a myriad of poor design & narrative choices.

Venerable street racing series Need for Speed has offered arcade-style racing thrills since 1994. Since then, the series has gone through multiple evolutions and refinements, from the cops-and-robbers gameplay of Hot Pursuit to the first glimpses at open world driving in Underground 2. Current series helmspeople Ghost Games’ latest, Need for Speed: Payback, a vaguely crime-adjacent thriller that’s lacking in both crime and thrills, simply doesn’t hold up to the series’ storied past.

Between its handling model trying to straddle the line between the Criterion era of Need for Speed games and something like Forza Horizon, inconvenient ways to manage the cars you need, and a plot that seems to set up grander ambitions than it decides to deliver on in its conclusion, Payback’s problems far outweigh its merits. That’s not to say there is no merit; the more cinematic missions where you swap between your crew members in actual heists are exciting and varied, if few and far between.

Past games in the series, particularly Criterion’s Need for Speed: Most Wanted, provided a fantastic sense of speed, but still treated driving cars that fast like there was a modicum of risk involved. Crash too hard into a car, wall, or barricade, and your car would dramatically flip, roll, and crumple in various states of slow motion. It could occasionally be frustrating, if you felt like you hit something at an angle or something, but it incentivized precision driving, and offered equally precise control methods to take advantage of while weaving through traffic.

Payback, on the other hand, has car handling that tries to strike a balance between the high speed precision of the Criterion era and something that’s “Simulation-but-not-quite” like the aforementioned Forza Horizon. Rarely, unless it’s a direct head-on collision with oncoming traffic or an indestructible environment piece at 120+ miles per hour will you deal with control being wrested away from you for a dramatic crash cam, which can be a double edged sword.

On the one hand, being able to be in control more often is generally a good thing. On the other, you can easily get yourself into situations where you wish the game would reset your car back onto the track, on account of the “Simulation-but-not-quite” handling model rearing its head. It’s just not fast or responsive enough to make good recoveries possible, turning minor collisions with traffic during a race into multiple seconds of lost time and position, which can mean the difference between victory and defeat.

The structure of this game is simple. 3-4 racing leagues pop-up at once, each run by a themed group of racers that focus on a specific type of car and are lead by someone who trash-talks you before each mission. Beat the run-up missions, beat the group leader, then rinse and repeat until no more racing leagues are on the map. After that, a team-up mission, generally involving all three of your playable characters appears. Then, the characters split back to take down a new set of leagues, with the goal of entering the Outlaw’s Rush, the biggest street race event in the country. (Please ignore Need for Speed: The Run, except for when characters explicitly mention it during the game).

The big team-up mission in between leagues are the one bright spot in this otherwise by-the-numbers open-world racing game. Generally speaking, they’re a bit more action-movie like in their objectives and number of cops they throw at you, and they alternate between characters and driving styles throughout the mission in a way that’s genuinely exciting. One minute, you may be speeding towards a display car that contains evidence of The House’s transgressions hidden inside of it, the next you’re driving said car, a gold-plated Mercedes off-roader over desert dunes to the interstate where your crew’s semi-truck is waiting. Then you drive the semi-truck through multiple police barricades. They’re genuinely fun setpiece moments, it’s unfortunate they’re both so few and far between, and also in between the long, car specific chains of questlines.

Cars in this game are divided into five classes, with each class offering a specialization that makes them key in claiming victory in their division. For example, Offroad cars lose less speed in the dirt and brush in the trails of Fortune Valley, while new Drag cars feature a maxed out Nitrous meter for big straight-line speeds. They each serve their purpose well, but car management is perhaps this game’s largest mechanical stumbling block.

Each car has six upgradeable parts. You upgrade these parts by equipping what are called Speed Cards, essentially a giant number with a design on it that represents a “brand” of car parts that increases your car’s performance. Speed Cards are earned from winning races and events or by recycling older ones into Part Tokens and spending 3 of them to roll a new one at a Tune-Up Shop. On the surface, it’s a simplification of Need for Speed’s tuner-focused roots, changing the minute gear timing and camber angle tweaks for just a simple, numerical system, and it works out okay, if not particularly engrossing for a while.

The problem is that once your beginning cars start to lose effectiveness in events, and they will, you’ll have to buy newer, better cars. The problem here is that Speed Cards are car specific, the process of acquiring new cars tends to involve buying the new one, going to one of your garages, turning all your old car’s Speed Cards into Part Tokens, selling that car, going to a Tune-Up Shop, then rolling for all new parts. It’s far more steps than seems necessary to get a new car in fighting shape, and it ends up being more of a slog to upgrade to a newer car.

This being a recent EA game, it’s been in the news for its seemingly aggressive lootbox system. Don’t get me wrong, the lootboxes are there, it’s by far the easiest way to earn money and part tokens, and it’s more than a little slimy. However, unless you really feel compelled to match your car’s stats to the recommended car level or buy some of the more expensive supercars in the game, the lootboxes aren’t as necessary to finish the story as the game makes you think. Each mission’s recommended car performance level seems laughably high, and I finished the game on normal with my cars in the low 300’s of car levels, well under the final “recommended” stats for cars.

Of course, racing is just one part of the equation of Need for Speed: Payback. There’s also a rather flat crime story here too.

Need for Speed: Payback begins with a brief introduction to our trio of playable characters. Tyler Morgan, ostensibly our hero, yet the worst human being in every possible way, has a problem. Six months ago, he and his friends stole a Koenigsegg Regera from Marcus “The Gambler” Weir, owner of a single casino in Silver Rock, the game’s Las Vegas equivalent. Thinking they were stealing it for their friend, Lina Navarro, she betrays the crew for The House, a nebulously evil conglomerate of other casino owners who are way into fixing illegal street races. In order to escape the cops, Tyler struck a deal with Weir, resulting in his six month humiliation as Weir’s valet.

One night, fed up with how slow Weir is acting on a plan to strike back against The House, Tyler decides to go to one of The House’s fixed street races and un-fix it. Obviously, this upsets The House, but impresses Weir enough to move forward his plan to bring down The House. Nonsensically, Tyler decides to blow off Weir’s plan up until he returns home, where a bomb placed by The House explodes.

This bomb, and neither the six month humiliation at the hands of Weir nor Navarro’s betrayal which sets off Tyler’s desire to go after The House is what gets Tyler to join Weir’s plan against The House.

Even as the game introduces plot point after plot point, myriad enemy-racers-turned-allies, and tries to weave a backstory for Tyler and his crew, it all falls apart by having the bad outnumber the good at every turn. For every La Catrina, leader of a Day of the Dead themed race crew early on that when asked about her theme, responds “My parents run a funeral home and I just ran with it.” in one of the game’s few jokes that actually lands, there are 4 Underground Soldiers, leader of an anarchist hacktivist group that... drifts, because, and I quote, “Drifting is the social libertarianism of motorsports.” For every insight into the backstory of Jessica Miller, your crew’s getaway driver-for-hire and lone vaguely interesting character on the hero team, the game decides to undercut it with scenes devoted to Tyler’s one-note motivations of “The House sucks.” and “I’m the best.”

There’s absolutely room in the gaming world for a more cinematic style of driving game. Driver: San Francisco springs to mind as a mix of exciting driving gameplay with a surprisingly enjoyable plot that resulted in one of the most enjoyable open-world games of the last generation. Need for Speed: Payback is not that. Where Driver blended its mechanics and storytelling in a way that enhanced both, Payback rarely manages to find that balance. It’s unfortunate, because there are good ideas at play in Need for Speed: Payback. It just rarely delivers.

Other reviews for Need for Speed Payback (Xbox One) 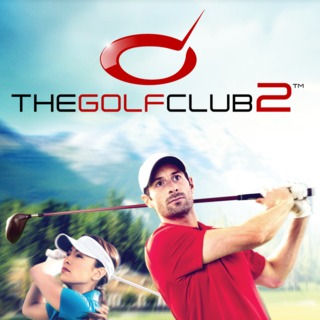 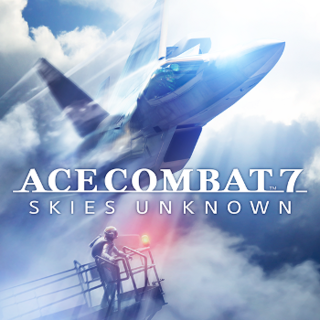 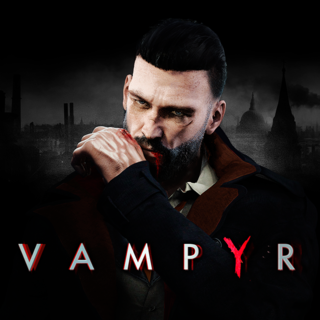 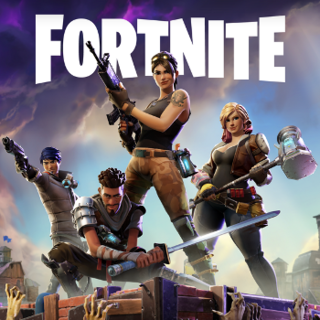 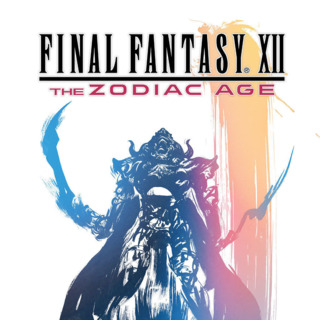 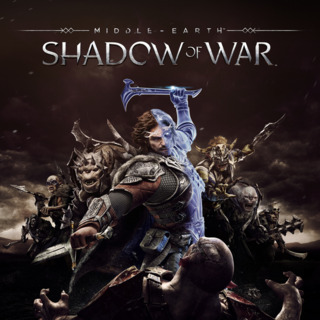 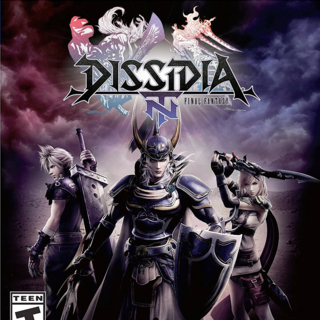 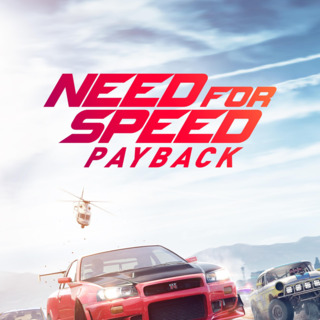 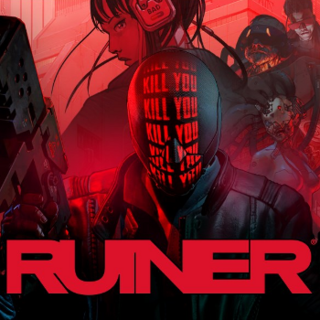