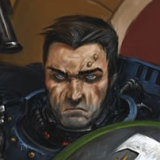 End of an era. Goodbye Giantbomb

Does this mean Glen Roeder is now an honorary Duder?

I've started playing Dragon Age: Inquisition so it will be that and football all weekend.
Plus the local school is having a fete which means cake will have to be included as well.

Heyo.
From Melbourne, but didn't make it PAX this year.

For some reason I picked up Endless Legend and I'm having the best time gaming in a long while because of it.
It's been fun to play something familiar, yet so very different at the same time. I think the thing that's working for me is the RPG like quests that means you have even more decisions to make then just city building and build order. The design of the races comes into it's own here too as it encourages you to role play a race rather then just min/max your way to a specific victory condition.

I like WoodWick' candles.
The perfume is so strong that we don't even burn them and just use leave them with the top off.
I find that having a lavender one about the bedroom helps me sleep.

I guess they're building up Big Show to be a somewhat credible threat to Lesnar for the MSG show. Not sure why they couldn't just do Lesnar vs Cesaro.

Because we can't have nice things.

He's right about the FIFA/ PES comparison at the end of that comment.

These days PES "feels" more like a game for the player that is really into football. You've got to know how you want to build your attacks before you start your runs and such.

That said it is really quite satisfying when you do score or manage to defend like a bastard against a relentless Barca attack.

As for the PC graphics issue, it's not the worst. It is sub XBOX 1 and PS4 but it's not as the 360, PS3 levels either, and as always with a community patch (PTE or PesGalaxy), plus SweetFX, you can get the game looking really nice while still being quite smooth.

It's good to see a bit of competion in the football space again, FIFA was getting a bit lazy and a real fight is what both series need to have to stay honest.

Good thing about PES is that there quite a few mods out there to overcome the licensing issues. The moment the crowd lit pyro in PES 13 I knew it was the football game for me.

I've never played a CRPG before, so I was a little lost when starting out. That character creation screen can be a little intimidating!

After a reading around a bit I figured out what I wanted to be, frontline fighter with two weapons and I think I'm doing ok so far (though I am playing on easy).

I picked a Death Godlike because the I really liked the look of the character, also felt it would be fun to play an outsider. Kind of the the same reason I went with an aristocratic background, I like the idea of a high born family hiding away their Godlike daughter from the world.