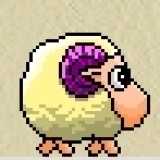 We also have us and euro players so there is usually someone active around the clock. Join us!

@artisanbreads: Yeah, God forbid anyone would iterate on an idea that is in a realm where there already is a hungry and stagnant market...

My one piece of advice on getting over the anxiety of wedding day. Something will go wrong. But it WON'T matter if you just focus on enjoying yourself and your partner.

Is there any love out there for Grimm? Started as a Monster of the week procedural sort of show and now as it hurtles into the last season there is just people double crossing and killing each other left and right. It always felt like a comic book made properly into a show. Just the right proportions of soap opera, action, stupid Mcguffins, and made up mythology for me. It never felt like it took itself too seriously.

Another one I haven't seen mentioned is Veronica Mars.

I play Magic (almost) exclusively online. Once every few years I go to a prerelease of an interesting new set. I have no interest in playing constructed formats (price of entry, not smart enough to analyze a metagame, etc) and only play limited. I'll throw $50-$100 in every new set and draft or play sealed until that money is gone. Sell back any cards I open. Apart from mobile games, this is the only money I spend on "video games" anymore. Being married and with a kid, this is the perfect way to experience the competition of Magic with prizes and real stakes on the line. I don't have the cards lying around the house, and I can always find a match. (New league drafts are heavenly for this too.) I have become familiar with the interface that if they were to change it, I would be completely out of my comfort zone. Which I imagine most players of MODO would agree with.

I play Hearthstone when I'm out of money on MODO. My play pattern there is get my daily quest, play the Tavern Brawl, play an arena if I've accumulated enough gold. I will never be drawn into Hearthstone the same way, not due to the complexity of the game, but due to the lack of stakes of playing. Gold/dust and the whole economy of Hearthstone are meaningless to me. My money and ability to compete again is not on the line.

This is the fundamental reason Magic has survived. Organized play that success is literally achievable by anyone with the cash to buy in. Sitting down in front of an opponent with something on the line. Almost any in store event has prize support. Climbing a ladder to have a useless Legend Ranking will never give the same high.

Ok. Standard disclaimer: I haven't played since the first few weeks of the Old Gods set. Made a few weird decks and enjoyed it. I don't know the current meta. But these arguments about card design being not right to solve the current problems with this deck or that deck sound as old as the CCG. Especially in the modern era of online information. These same gripes come up in Magic. This card doesn't do what I want. But maybe it does for someone else? Why is your complaint about Zoo lock overshadow the person who loves to jam out small creatures? It's all cyclical as long as there is new content. As soon as expansion 1 came out you began to cut off new players. Looking at magic again, despite the same if not worse on boarding because of the different levels of competitive magic and organized play, it is thriving. The competitive scene there has the same complaints lobbied against it constantly. Spells aren't powerful anymore. That creature is overpowered. Hearthstone lives and dies by the competitive scene. It seems to me like the problem Hearthstone should solve is that it truly doesn't have an easily accessible "kitchen table" format. This is a reference to Magic that someone earlier in this thread was talking about where $20 decks bash against other ones at your friends house. You jump in the nonladder matches on Hearthstone you will just as likely find top tier net deck. Net decking and card design and overall metagame aren't the problem. Segmenting the players into the type of match they want is the problem. (Note: I'm sure there are a bunch of things I'll think more in depth about after I publish this, but it's just my stream of consciousness sitting on my porch that you get to read or ignore now.)

Anyone else wonder about the part where it says, "New Crews"

Like is the series going to follow multiple crews? It would be cool to be able "reboot" the series with a new cast of characters every week.

I'll add A Bridge Over the River Kwai. Especially if you like The Great Escape. Maybe not if you're put off by the one sided nature of the portrayal of Allied heroism in WWII.