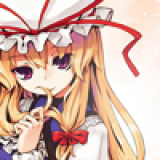 @cikame: The funny thing is that the game was announced years ago. It was first shown at E3 2011 where it directly showed the entire cast, their promotional art and them in motion filled with the Sorceresses over the top breast jiggling as she walks.

In fact here's the trailer: [url]http://www.youtube.com/watch?v=3a_g7lUliQU[/url]

Since then the games been consistently shown at many major Gaming Conventions/Events all showing more of the Sorceress and her extensive levels of animation and now 2 years since the games been announced, now is the time to suddenly get all upset about it? It's baffling to me as to why suddenly now everyone cares so much when the game was shown exactly in this state for years now and no one batted an eye.

But it's probably as someone else remarked; it was a slow news day and sexism in gaming is now a hot topic, so a writer on Kotaku just decided to jump on the bandwagon, using Dragon's Crowns as the crux to get that point across. His intentions were in the right place and there is a problem with gender equality in gaming, but I just don't like the throwing of Dragon's Crown under the bus and the insulting of its artist in order to push that point across. It's perfectly fine if you don't like it or are turned off by some of the design choices, but by some of the way people talk about Dragons Crown they make it seem like its the prime example of everything that is wrong with the games industry today when that's not even close or fair at all.

Really, really good so far. Had no idea Star Fox Adventures was originally going to be a Krystal-centered game. That sax music. Jesus. This is fantastic work.

Just wanted to make a quick correction. The original Star Fox Adventures wasn't solely about Krystal. It was equally about her brother Sabre. The story was about the two siblings and you would be able to change between the two on the fly and they both had the exact same moveset save one had a unique traveling/puzzle solving item only they can use. I didn't like how she glossed over that point in order to accentuate her argument, but her point about them sexualizing her and putting her in the background is a good one. She does this for a few of he other points to regarding other games but I don't want to get into a long winded discussion like i did on another forum so I'll just leave that out for now.

Overall I found video actually well done and much better than her previous efforts, though nowhere near worth all the money she received or all the delays it has gotten. Hopefully as the series progresses she will go much more in-depth with her topic as right now it's pretty lackluster.

Haha I am one of those fans and I found the first one relatively tame when the second one had towel-less character with soap duds all genitalia and breasts with her skin glistening in the water as well.

Hell the other armor Chie had in metalsnakezeros post would be the one I use all the time too if I can find the damned thing.

If some of you don't like the fanservicey new costumes just wait until you see the new Bath Scene.

I love all the costumes in the games ranging from the shown fanservicey ones to the, funny ones and just odd ones. I'll just list my favorite per character:

Completed Crushing about 2 weeks ago and I'd say the most difficult parts were mainly in Ship Stages, the part where there's all those cargo crates and turrets, meeting the first Super Heavy and the entire encounter inside the ships ballroom. The last 2 were difficult mainly because they gave you no breathing room as all the real tough bullet spongey enemies rushed you.

Its frankly terrible. It has gotten so slow and now people are even less inclined to ever gank now and just stay in the jungle forever and despite staying in jungle for so long because of the lowered XP and Gold rates they remain constantly behind people in normal lanes.

Glad to see its getting good recognition and hopes it continues with other reviews. Like with many games it would be extremely sad for a game to be completely ignored and skipped simply because the review average is something like a 7 and so many people seem to think that's subpar or something and just avoid the game completely

Feel sorry for Ninja Theory, even when this game releases they'll get no end of bitching and moaning from the hardcore fans.  I really liked Heavenly Sword and Enslaved was one of 2010s best games so I have faith they can make a fun character action title regardless of how I feel about the look of the protagonist.  I hated Bayonetta's design but god damn did I play the fuck out of that game.

I think the real problem that fans here have is that they simply slapped the DMC name on the title so it could sell more and let Ninja Theory do whatever they want with the game, completely ignoring what DMC what it was.

If this was a new IP made by Ninja Theory then everybody would be all over it, but now that its behind a name there's certain expectations now by its fans, but Capcom and NInja Theory don't see to care and just wants to reboot the series so that a wider audience can play and enjoy it, which is fine but during that process they are alienating a large amount of the series original fanbase.
10 years ago