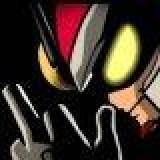 I'm still alive. Life is great. I love you all.

I feel like the trailer for The Sunken City nailed the Lovecraft vibe FAR better than this did.

I'm still excited as fuck for this, though.

The game still has all kinds of things they can add into it.

However, the game available today compared to the game just two months ago is so massively different, and it's absolutely amazing.

I have high hopes for the future of this game.

So as of today, they have added the ability to directly challenge your friends, as well as a TON of other improvements for interactions. The game plays soooooooo much better now, and I didn't even know if was playing that poorly.

Moreover, it's version 0.9, which means they're getting really close to full release. Hopefully, the Vault situation is solved by EOY.

@arbitrarywater: Thanks, duder. Also, MTG > Hearthstone. I haven't been able to touch Hearthstone in forever on a serious level because the deck archetypes never really change much, and it just gets too boring for me.

@sweep: Still want you inside me, you tasty muthafucker you!

This is not at all what I want from BG&E2. The tone, the swearing, the GTA-clone look and feel of it... None of it at all.

Color me not only purely uninterested at this point, but also unwilling to even give it another chance without a significant facelift. I don't understand this direction beyond "Ubisoft wants to stick the landing on at least ONE GTA clone game."

I have no problem with "mature adult language," but I AM all for the proper use of that language as an enhancer or emphasizing. I don't care for non-chalant use of it when it comes to scripting. It always feels lazy.

Consider this: my introduction to whoever this monkey character happens to be is "got a hot date that don't like late...that's swiss chocolate muthafuckers...bang bang muthafuckers...fuck me" THAT IS MY FIRST INTRODUCTION TO A CHARACTER I SHOULD BE ATTACHED TO? Come on. Bad first impression ALL around. I could give two shits less about this character, and honestly, I kind of want him to die in the first few minutes of the game. He's already annoying as sin. The chick with the hair that he's with is encouraging to his behavior, which automatically makes me hate her as well.

Moreover, our introduction to the game as it is goes like this: shady character makes underhanded deal with crime boss, then flees from crime boss' goons until he steals a cop vehicle and causes destruction before heading to criminal hideout where they use what they stole to decide to go somewhere else. BEEN. THERE. DONE. THAT.

BG&E worked because it broke that mold so hard. It was its own thing. It had its own unique identity among all the shit that was being thrown at the wall. Now...it has become that same shit thrown against the wall.

This game feels like it has a major identity crisis. The trailer from 2009 had me absolutely ecstatic, and THAT felt like next level BG&E. This feels lazy as sin outside of art direction.

Going in on this one blind. I checked what the winners were on the other ones, but this shit? Gotta go in raw!

@jeff, you mentioned during this that Skate 3 wouldn't have come to backward compatibility on Xbox One if they (EA presumably) weren't already in the process of doing something new with the franchise. While that may be true, there is a big reason beyond that: PewDiePie. He began doing YouTube videos and streaming the game, and it became insanely popular. I only know this because we started getting huge demand for the game at my LAN center, and when we finally asked what the deal was, everyone talked about how PewDiePie was playing it.

Unless, of course, y'all know something we don't...

Y'all outdid yourselves this year!

I really wish that Kaladesh hadn't made aggro decks so abusive, specifically after a whole rotation dealing with CoCo decks. Also, Marvel deck is the most inconsistent and still super-annoying thing out there.

With that said, Kaladesh made my Commander decks INFINITELY cooler. Panharmonicon (aka Brann Bronzebeard for MTG) is a card that NEEDED to exist for that format!