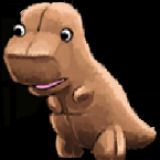 What better people to be in the white house? Their chainsawing expertise could inflict new damage to our enemies, and their roadie run can be adopted for quick battlefield strategy. Finally, their amazing ability to pick each other up after one falls, and to soak up enemy gunfire would be key for this country to survive.
10 Comments

If any of you have ever taken the time to click on the Whiskey Powered thing on the bottom of Giantbomb, there is a picture of the team there. I have made some observations taken from the Making of Giantbomb video.

I have made the observation that the guy all the way on the left is Dave Snider(Snide) from our beloved site, 3rd guy may be Andy, although I can barely tell, very tall engineer Shawn Coonce(coonce) is the 2nd guy from the right, and all the way at the right, is that Ryan MacDonald?! Nope. After many comments it has come to my attention that it is Andy. Oops.

No idea for a new blog post, and I thought this was pretty neat :)
6 Comments

First of all, I want to plug the greatness that is known as the Giantbomb IRC. I am known as rurikar in there, and come chat it up with me and a ton of awesome guys like Johnny5, MrJared, cann3dheat, WilliamRLBaker, Tokyochicken, Carlos, Jecrell, and ton of others that if I listed, this blog would run out of the infinite characters.

As an avid fan of the first one, I peed myself when I heard about the sequel. So what happened when I was all hyped up? It got delayed. It got mocked as World in Frames because of its choppy framerate, so I guess it kind of needed the delay. But we have reached the month in which it will be released again. I so cannot wait. August 31st can't come fast enough. A demo and download-able content has been announced in April, and I am still wondering if it will come out before or after game release.If anybody else is planning on getting this, maybe we can hook up some co-op online or something. We will see later on.

I have completed my list that I will sure to buy for the rest of the year. If you have any suggestions on what else I should buy, please post in the comments, and remember that this is just my NEED TO BUY list.

A couple maybe's include Hei$t and Brothers in Arms: Hells Highway.

Thanks for reading. Feedback is appreciated.
8 Comments

Had a nice chat with him. He is a nice guy, and says that he met Jeff on Tony Hawk's Project 8. Lucky guy got added. Just thought the bombers would like to know. Wow now that I think about it this blog sucks. Gotta double up next week. Just kidding I am too lazy.

No I won't. Why? Sadly because I do not care for trophies, since I have had achievements to begin with. So usually when I had a multi platform, I went for 360. Although maybe Uncharted and Metal Gear Solid 4 trophies could be pretty awesome!

Sonic was the bomb diggity. Back when Sega made hardware. Than something happened to Team Sonic. Something

that happens to a man after he is mugged. A certain gleam in the eye. I always got my hopes up for a new Sonic game, and by now, I have been crushed so much that, I have forgotten where was the fun Sonic had in the first place. Hopefully Bioware can fix this, but maybe it is too late for our little blue furry friend...

Some kind of level system that is determined by the amount of points you own. Also badges for doing certain milestones. Scheduled gaming nights with you guys would be good too.

Just rambling about my latest antics. Not much going on. Got Civilization Revolution and played that a little. Planning on reviewing that in a couple of weeks. Thinking about getting Alone in the Dark. Soul Caliber 4 comes out too, so I don't know. Thats basically it, slow week. Sweet old picture that I have had in my folder for too long that I need to share.

I have been getting quite a few rejections lately. The funny thing is, my rejections are articles that don't come near rejection standards. After writing an essay on the Resident Evil Outbreak page, I used it as the standard as the 2nd one, because both of them are the same pretty much. I added in the new missions and stuff, all was well. The first one was approved, but the 2nd, rejected? A reason would clear my mind about it, but really I find this really really dumb.  I don't take from any other site, and my only guide is my brain and my hands for typing, so I don't understand. Doubt I will get a reply, but I needed to funnel this anger somewhere.

Finished Lost Planet. I guess overall the game was okay, but dang, I don't remember anything from that story. Something about his aliens? Well, 20 bucks for this game is a bargain, but don't go in to this to find out the story. Also, the games really hard.