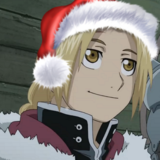 I played some Metroid Prime and wrote a bit about it

I finished one of my favorite games recently, Metroid Prime. I started writing a review for it, but instead wound up writing something that reads a lot more like a blog post (and a review would have just been five stars and me gushing). So here it is as a blog post.

There are several games that someone might consider “landmark titles” for the Gamecube. Super Smash Bros. Melee, The Legend of Zelda: Wind Waker, and Resident Evil 4 are frequently cited as some of the system’s top games, and some of the best games ever made. 2002’s Metroid Prime is cited just as often as those three and, for me personally, it’s easily the best game for the system.

Genre definitions aside, Metroid Prime really is a weird game. You don’t aim with the second analog stick like you might expect – instead, you move forwards and backwards and turn left and right with the analog stick and hold L to strafe, much like classic Doom had strafe on a modifier key instead of dedicating left and right movement to strafe and turning left and right to different keys entirely. L also locks on to enemies, meaning that most combat in Metroid Prime consists of circle-strafing and cleverly putting cover between you and your enemy without losing a lock on. The jump button even turns into a Dark Souls-esque dash-out-of-the-way button if you’re locked on and moving. Over the years, I’ve heard a handful of complaints about this – I know that one Jeff Gerstmann has complained about the controls for Metroid Prime a few times over the years. But most people don’t seem to have a problem with them. For me – a frequent player of first person shooters on both controller and mouse – Metroid Prime’s controls fit like a glove. They work exceptionally well for everything that goes on in the game. The only real complaint I have is that manual aiming doesn’t work particularly well. You can hold R at any time and Samus Aran will put her hand on her gun and suddenly you can aim up or down, but you can’t move. Unfortunately, the game constantly pulls your aiming reticle back to its neutral position instead of just letting it sit wherever you move it, so shooting those war wasp nests while you’re being attacked by war wasps isn’t easy (among trying to hit other things in the game). Also, there’s a boss about three-quarters of the way through the game that you can’t lock on to. He’s extremely easy to cheese if you have enough missiles and an optional power-up called the Wave Buster, but otherwise players might have a hell of a time fighting him. This isn’t a problem in the Wii version of the game, where aiming and movement is more traditional, but it’s still a frustrating footnote when a mechanic that the rest of the game relies on is ripped out for one otherwise easy boss. Otherwise, the game’s controls do work extremely well and don’t even take that long to get used to, despite what you may think at first.

Metroid Prime is, as you might have guessed from its name, a Metroidvania. One of only a few 3D Metroidvanias, depending on your interpretation of the term “Metroidvania”. However, the game’s world design comes across as more Ocarina of Time-esque than Metroid Prime’s 2D counterparts. There aren’t any towns or merchants or anything like that and every area can be considered its own distinct dungeon, as opposed to the big wide-open world in the middle of Ocarina/Wind Waker/Twilight Princess. Unlike Super Metroid, however, the world isn’t really interconnected. In Super Metroid/Fusion/Zero Mission, you don’t always need elevators to go between areas. All the areas are interconnected in ways that let you go around those elevators, especially when you’re fully powered up. You can get from Norfair to Crateria through Maridia, for instance, without touching an elevator. Metroid Prime isn’t like this. Every area is its own separate, distinct location, connected to other areas only through elevators – which means through loading screens. Which means that the developers could consider the design of each area without also having to consider the designs of the other areas. If you want the northern part of Chozo Ruins to connect to the southern part of Magmoor Caverns, you can just put an elevator in Chozo Ruins and you’re done. I don’t think this is a complaint, really, but it does make the game feel more like Zelda’s isolated dungeons than Super Metroid’s interconnected world. I don’t consider this a negative, for the record. Just a note on its design. I do wish that they would have found a way to make this world more interconnected, though. Might have made that hunt for endgame artifacts more interesting.

Each of those individual areas works very, very well, however. Much like Dark Souls, I don’t feel like I really need a map that often. Areas connect in ways that generally make sense, items are hidden but not so hidden that you’ll ever find yourself looking through a guide wondering how anyone ever finds this stuff without one, and there are frequently audio or visual hints that something worthwhile is nearby. Visually, each area looks great, although they mostly fall into the standard video game location tropes - there are some ancient ruins, a rainy jungle, an ice world, a lava world, a mine, and an endgame underground area full of weird orange goop and annoying enemies. Each of these areas looks fantastic, though, and the game in general has held up exceptionally well visually. And it even runs at sixty frames per second throughout, too!

Apart from combat, one of the tools you’ll use most frequently is a “scan visor”, which you get from the beginning of the game and it’s never taken from you. You use it to gather information on basically anything – turn on the visor and anything nearby that’s scannable will have an icon over it. Enemies, devices, items, and bosses all have what are essentially compendium entries that you unlock by scanning them. They are frequently well-written and interesting without ever being overly long. You can also scan the logs of space pirates and read about their experiments, their clashes with you, and their plans for universal domination. OK, that last one is implied, not overt at all, but what is overt is the fact that these space pirates are just looking around Tallon IV for ways to make an unstoppable military force.

Far more interesting are the logs left behind by the dead Chozo that once inhabited Tallon IV. The Chozo are sort of the Metroid “ancient race”, only they’re not all that ancient – the last traces of them left the galaxy not too long before the series starts. The ones that lived on Tallon IV moved there to get away from all their technology and busy lives and basically lived as a bunch of hippies. Their logs reveal that their creations and their technologies on Tallon IV were centered around living with nature, as opposed to pushing it away to make room for their Chozo-made things (even though the Chozo Ruins seems like it used to be a monolithic city and not at all a quaint, humble one-with-nature place, but I digress). As you progress in the game and read more and more of their logs, you get a better picture of how the radioactive substance “Phaazon” destroyed their way of life and their planet. Their spiritual, philosophical way of living was no match for the decaying ecosystem and ever-more violent creatures roaming around the place, and they eventually died out. Only, they kind of didn’t. As you get even further into the game and read more of these logs, it seems like their spirits were hanging around, and were even aware when the space pirates arrived and when you arrived. Their spirits hid the artifacts that kept the titular Metroid Prime itself at bay so that the space pirates couldn’t get to it, and they leave you hints about the artifact’s hiding places on some stone pillars. These spirits are slowly going mad, however, so by the end of the game the Chozo Ruins area is chock full of angry, crazy, powerful ghosts that are determined to wipe out you and the space pirates alike. This means that throughout the game, you read about the paradise these aliens lived in, then their downfall, then the tiny flicker of hope that they have, and eventually the madness that’s overcoming all of them. Kinda dark stuff, really, and not something that had much impact on me the first time I played this game as a kid. This stuff might sound kind of trite in 2018, since “apocalyptic logs” have been done to death and rarely make sense. But in 2002, it was still something of a fresh and interesting idea, especially on consoles where no one played System Shock 2.

There’s not much else I have to say on the game, really. There’s almost nothing to complain about in this game. The game as a whole veers on the easy side and I wish the Hard mode was unlocked from the beginning (I played this on a modded Wii U so I could get HD output so I couldn’t use my old saves). The last third of the Meta-Ridley boss fight kinda sucks – he’s invulnerable unless he screams at you and he almost never screams at you so his last little bit of health takes forever to knock down, which is annoying when you consider that most of the boss fight is actually really cool and a lot of fun. I wish there was an RE4-esque quick turn around button, too. But these are all tiny nitpicks. There’s a ton of great stuff in this game and if you haven’t played it, go track down a copy and give it a shot. It’s well-worth your time!