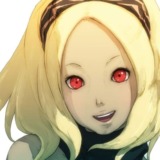 I could not find those utz russet chips. Fucking scalpers. 😔

Who is saying this? Again, no one is trying to shame you. Sounds like you have a bit of an inferiority complex. You're right, no one cares. So why tell ppl you read a book when you listen to the audio? Doesn't that make you sound like you care too much?

For me it's about the journey, not the destination. Watching an anime is different than reading the manga. By saying they're the same, you're diminishing both. There is value in both experiences but they're enjoyable in different ways. Btw, anime adaptations often don't follow the manga 1-to-1.

I still don't get the gatekeeping thing tho. Gatekeeping what exactly? I don't think anyone said you can't have a book club or talk about the book.

"he was definitely being a pedantic pain if nothing else" I get you and everyone on the pod took it that way but I think you guys are reading the intention of the email wrong.

@topcyclist: lol so to you everything is the same? The point is that they are all different and distinct experiences, not that one way is better than another. We should acknowledge and embrace their differences. If I read a book, I’m not going around telling ppl I listened to the audio book. If I played a game on easy, I don’t go around telling ppl I did it on hard. Are you really saying Twitch play isn’t a unique thing that’s different from playing Dark Souls by yourself? It’s not a gatekeeping thing. Ppl aren’t trying to shame you. Have the experience you want, it’s ok, it’s all good. But ppl do different activities, absorb different types of entertainment in all kinds of ways because they can all scratch a different itch.

@epidehl: I don't get this logic. The emailer didn't say audio books suck or ppl shouldn't listen to them and enjoy them or that they shouldn't have a book club. Just simply that reading a book and listening to the audiobook aren't the same. Do you watch playthroughs of games and tell ppl you beat the game? Reading and listening are 2 different things. Watching and playing provide 2 different experiences. Ppl should enjoy w/e they want to enjoy however they want to enjoy them. Doesn't change the fact that they aren't reading the book. It has nothing to do with gatekeeping anything.

@vinny do you remember "you're a clip-on tie?"

Haven’t looked at the comments so I’m gonna assume no one’s made this joke.

You already quick looked this.