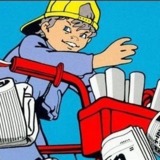 @johnaze: That was 11 years ago already!? I remember watching that stream live.

Really enjoyed the podcast. Look forward to the next one.

I'm absolutely loving it. I'm a huge fan of Dirt 3 and 4 as well, but this one has been a lot of fun with the focus on Land Rush and Rally Cross. The weather patterns changing mid race are great and overall it's a little more arcady which I really enjoy.

I used to love the old Playstation Underground demos. I remember getting 1 or 2 in the mail. One of them was Toys R Us branded. It had Hot Shots Golf and Tomba on it, which I played a ton every once in a while.

Socom: US Navy Seals - I would LOVE a modern version of this on PS5. I'm still a huge fan of the more tactical, one life per round online gameplay. Lot of good times in high school playing both Socom 1 and 2 with friends.

Yeah, a straight up recreation in a new engine of the first two games would be awesome. I want a new verbal command system too. It occurs to me that when you are talking about SOCOM 1 & 2 we are speaking about games that 19 years old, meaning anyone over 25 might never have played these games.

Many people certainly don't recall that the voice command system could recognize about 500 combinations of commands. Most command were broken down into WHO. WHERE, HOW, and WHAT. So WHO [which team members] should move WHERE, HOW FAST [stealth crawl to fast run] and to do WHAT action. In other instance you could simple tell a team member to sniper "Overwatch" an area on the map.. It was even possible to just have a team member "follow" the play weapons cold or weapons hot; i.e. taking shots of opportunity.

I wouldn't even want the online gameplay to be as complex as modern games. I would rather have the online to be old skool -zero frills- gameplay and modes. Simple modes of play, simple clan and/or find a friend, and a straight democratic vote process to "KICK" people out of a room or "GREEN UP" to start. [Remember the simple days, when more if more than three people wanted you gone - automaticlly booted from the room? Heaven!]

You pretty much nailed everything that made this game amazing. My friends still talk about how we would blow off parties and such in high school because we had to get home for our Socom Clan Wars. I even have people from our "clan" that I still keep in touch with almost 15-20 years later. It's crazy how awesome that game was online.

The headset was great too. It's funny, nowadays, I mute everyone except people I know, but back then it was so novel to talk to people and play. As you mentioned, the single player campaign with the headset was ahead of it's time. Socom 1 and 2 were great. 3 was sort of the breaking point though for me. The maps were too large, and the graphics felt like they took a hit because of it.

The lobby chat, the "guns up" and so on just make that game a classic.

@lego_my_eggo: Awesome! Thank you very much for the response. I was eying a Mesh network down the road as well. I'll definitely check out the Wirecutter site.

My subdivision is finally getting Fiber (hooray!!!!).

Anyway, for an extra $12 a month the Fiber company can offer us 2 access points. Is it worth it? Currently we just have a basic router with a wifi-extender in the basement. Granted, we're only able to get 50down/5up at the moment. I'm wondering if it's better to have 2 access points or just buy my own decent router and use that instead when we make the jump to fiber.

The biggest problem that we have now, is we have a lot of wifi deadspots on the far side of the house upstairs and on our main level. I

Any recommendations or suggestions on routers are greatly appreciated!

Socom: US Navy Seals - I would LOVE a modern version of this on PS5. I'm still a huge fan of the more tactical, one life per round online gameplay. Lot of good times in high school playing both Socom 1 and 2 with friends.

@drewbruschi: hey! I have all the fruit. Happy to have you come pick some up. Let me know.

I've loved playing hockey since I was a kid. Was still playing in a Men's League last year at this time before the rinks got shut down. Hoping to hopefully make my "triumphant" return once the world is a little more normal.