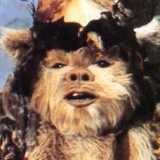 ·The Game: Pokémon - a delightful little series about children who are kicked out of their homes before they hit puberty, encouraged by society to enslave a variety of critters and then force them to compete in a horrendous blood sport to become The Very Best. Adorable! But even such an innocent kid’s game can hide some serious Spookiness.

·The Spooks: Remember that simpler time when you were just a kid/a socially awkward teen/an painfully socially awkward adult? Yeah, those days were great. Back when you could spend hours training your little virtual monster friends to be stronger and stronger, when you had an entire world to endlessly explore (provided you didn’t want to hop any fences). There are some places though, that even the toughest Pokémon or the bravest trainer tremble to tread – because in the world of Pokémon there’s only one way to send off your dead magikarp, and it isn’t by flushing it down the toilet.

All dead dogs may go to heaven, but all dead pocket monsters go to Lavender Town.

Apparently Kanto decided that they didn’t want no Pet Semetary type situations popping up across the continent and made Lavender Town the final resting place for all Pokémon, which means this spooky burg is filled with ghosts, graves, ghosts, spirit chanellers, ghosts, creepy music and, oh yeah, motherfucking ghosts. Some choice moments include:

·The fact that you can’t even truly see the ghost Pokémon that come after you until you get the sylph scope, appearing to you only as ghastly apparitions up to then.

·The shitberg who gives us this conversational tidbit:

"Do you believe in ghosts?"

"Haha, I guess not. That white hand on your shoulder, it's not real."

·Channelers who come after you screaming for your blood.

·Music that gives you a sense of creeping dread, that the cold feeling on your neck isn’t just the air conditioning, that your life is a fragile ball of spun glass balancing precariously on the edge of a cliff, between life and death, that at any moment it might slip and oh goD OH GOD N

·The Game: Bruce Wayne is a man with a moral code. It’s a fuck damn stupid moral code considering how it lets terrible people continue to do terrible things (like murder thousands of children seriously did you see that new Harley Quinn comic oH MY GOD) without any repercussions, but it is moral so we have to respect it… I guess? Yeah, whatever. The point is that whenever Batman bat-punches evil into submission he inevitably carts it off to Arkham Asylum, a high security mental health facility for super-villains.

Sorry, did we say high security mental health facility? We meant low security recreational facility. Because the various rouges of Bat’s gallery treat this place like their goddamn playpen in this game where the inmates take over the asylum.

·The Spooks: Arkham Asylum’s most grievous Spook offender is courtesy of the Freddy Kruger Impersonation’ Motherfucker himself – Jonathan Crane aka The Scarecrow. For those unaware Dr. Crane’s stock-in-trade is his fear inducing hallucinogenic drug, meant to make you experience your own worst nightmares in glorious high definition. This plot device is used in some creative levels for Arkham Asylum but the real moment of 2spooky4u comes before you even know you’ve been dosed with the stuff.

Things kick-off with the Batman getting an up close view of the good doctor’s experiments when just a pane of glass separates him from a room full of men being sent into shrieking fits of fear. An ominous shadow darts around the corner as a high-pitched voice shrieks that there is no Crane – only Scarecrow! Continue on from this scene and the Joker’s taunts only to find your screen beginning to tilt, a chanting picking up in the background, and Poor Commissioner Gordon being dragged away as he begs Batman for help.

Bruce is too late though. Jim is dead. Try to inform his daughter and you’ll only get a monotone voice telling you to hang up. Try to hunt down Gordon’s killer and you’ll be forced to go down a hallway crawling with bugs that squelch under-foot. Try to go into the morgue at all, only to have a voice tell you to get out of there, get out of there, get out of there – all while doors slam shut and gurneys tremble of their own volition. But when you double back the hallway is gone. You’re still in the morgue only everything has gone almost gone quiet. But there’s something new on the examination table, three body-bags wrapped up for you like presents on Christmas morning. Ready to take a peek inside?

·The Game: You are in the woods, it is dark, and you are alone. The only resources at your disposal are a simple flashlight and a video camera. You need to find 8 notebook pages scattered randomly throughout your world and something is after you. Something that you cannot defeat, cannot understand, can never truly escape from. Tough luck there buddy, but it seems you’re in Slender: The Eight Pages.

·The Spooks: This entire game is a real pants shitter for various reasons – randomized content, bone-chilling music, and some really tall faceless guy who keeps following you around. But the crème de la crème of spooks comes from the office building.

Unlike the rest of the woodsy game this oddly placed structure is stiflingly confined. There are plenty of sharp corners for Slendy to pop around at any moment but no quick way to escape him, especially when the corridors are so easy to get lost in. It’s easy to think you’ve scoured the whole joint only to realize seven pages collected in that goddamn it you only went through half that building the first time around fuck fucking shit you are so fucked.

Hey duders! It's that most spooktacular time of the year, once again!

What I care about most in this world are videogames, horror, and horror videogames. So in the spirit of the season I'll be spending every day this month reminding y'all of some of the creepiest, spine chilling, scream inducing, horrifying moments in gaming history. In the words of the esteemed Mr. Arnold, hold onto your butts - cause it's about to get spooky up in here.

What System Shock 2 is remembered for these days is a masterful use of tone and atmosphere. The design of the game is haunting, from fleshy growth intersecting with creaking the metal of the ship to zombified crewmembers that beg for you to kill them. Lighting is well used to keep you on your toes. The sound design could go head-to-head with even most modern games, through its use of ambient noise and disturbing audio logs.

Also, there are giant invisible spiders. So that’s, like, you know. That kinda sucks too.

·The Spooks: The most frightening moment of System Shock 2 is unlike many to come in this list – it isn’t a sudden scare, a grotesque image, or a horrific concept. It is a slow build up of hope that is obliterated in only six words:

“The Polito form is dead, insect.”

Throughout the first third of System Shock 2 you are trapped and alone in a hostile environment. You don’t understand where you are, why there are monsters after your flesh, or how everything aboard the ship went so wrong. Your only source of comfort is a fellow survivor of the Von Braun disaster, a Dr. Janice Polito, who guides you through hell. Her presence is an anchor that keeps you grounded and fills you with the hope that even just one other person could make it then not all hope is lost.

So when it turns out that hope was in vain your spirit is crushed all the more.

Having fought through hell and high-water to get to her players are immediately stunned to find their guiding light slumped over in her chair and motionless. Then that voice begins to speak. That stuttering, mechanical voice. The room begins to go dark as a woman’s face fills the screen. She asks questions about what you, such a trivial creature fears.

It is SHODAN. In the first System Shock this rogue AI was your greatest foe – she has now been revealed to be your closest ally. The genocidal robot is your savior. But for how long?

is this the internet