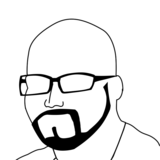 Stories: The Path of Destinies

This game is a shining example of how not to name your game. I can imagine this game will fly under a lot of peoples' radar based on the title alone, which is a shame because even if there isn't a whole lot to this game, it's got a certain charm about it and If I would've been 15 years younger, I probably would've gone nuts over this. I first saw it while browsing Steam and thought it had a cool look to it, but I didn't think too much of it until I saw a video over on Polygon showing off some of the mechanics and what the game actually is. So what is this game?

It borrows heavily from a lot of different genres and games, notably Batman-style combat, Metroid-style power-ups that open up new areas, skill trees and some very bare bones stealth sections. All of the aforementioned feel pretty good, but they are extremely shallow. The combat never gets deeper than attack, parry and dodge and the Metroid-style power-ups only open up small side areas that usually contain a single chest with loot. But all of these mechanics are wrapped up in a shell of kind of like a rogue-lite narrative game, where it's not necessarily a gameplay mechanic that kills you, but a decision you make within the story.

I think the narrative part is pretty cool - each "run" takes about an hour to complete and lets you make a couple decisions along the way until you die. Only when you die, you (both the character and the player) retain the knowledge of what happened in the previous runs, as well as all the upgrades collected along the way, so that you are better equipped when faced with similar decisions again. There are 24 "bad" endings and many of them lead to a "truth" - a constant within the game world, and after you've gathered all the truths you are ostensibly prepared to go down the "correct" path.

All that sounds pretty cool in theory, but when it comes to actually playing it, it kind of falls flat on its face. Not because the gameplay is bad, mind you, but just because it borrows the run-based mentality of a rogue-like, but not the procedural generation aspect of the genre which leads to replaying the exact same levels with the exact same layouts a bunch of times (a minimum of 5 runs is required to get to the "true" ending, with the option to gather all the bad endings in at least 24 runs).

I think it's a shame that the game doesn't really do it for me - I can only run through the same levels so many times before losing my mind - because the game is super polished. It looks great, the traversal, exploration and combat feel great (even if there isn't a whole lot to them) and the voice acting is surprisingly good. But as I stated in the opening paragraph, if I would've been younger I probably would have been all over this game.

The Legend of Zelda: The Minish Cap

Earlier this year, I embarked on a personal journey, to play through most (if not all) of the Zelda games since I had next to no experience with the franchise. So with Ocarina of Time and Wind Waker under my belt, I decided to tackle this seemingly hidden gem. I don't hear a lot of conversation about it which baffles me, since it's a pretty good Zelda-ass Zelda game.

I felt like it was harder than the previous ones have been, hiding dungeon items and the correct way forward pretty well - I had to consult a guide on more than one occasion. All that said, I don't know if it's saturation on my part since I've spent so much time in Hyrule this year but I felt like this was a filler episode of an anime - it was good for what it was but it didn't advance anything. I understand that not all games in a series need to push the envelope (in fact, I've come to understand that no Zelda games after Wind Waker push the envelope), but this felt like comfort food. On the other hand, it made me more excited for the upcoming Zelda game, which looks very promising.