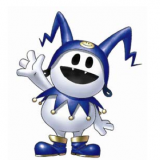 Nope, my X360 already works just fine as a media extender and sometimes game console and then there's my massive back log of Steam purchases to consider. My gaming needs are set for at least a few years.

Office 2013 - Lukewarm reception, only positive thing is the subscription model which isn't even good for single users

The Xbox is the only thing positive Microsoft really has going for it.

This is completely false. Xbox is but a part of a huge machine and one that wasn't even profitable for a long ass time.

People seem to forget that it cost MS $4 billion in losses just to get into the console market.

As for the article, shifting over to being PC heavy would be mass suicide in this mobile age, not to mention the brick wall called Steam that they would run into. Focusing some more on PC gaming is always welcome, but we're not done with consoles......yet. Like Kempin, I too suspect that consoles are on the way out, at least as we know them. The X360 is all apart of Microsoft's Apple-like ecosystem push in the form of home entertainment, another interconnected Windows device with the Windows 8 layout, so for now, consoles are here to stay.

Microsoft has committed to this new direction even in the face of the massive losses that it will take between the usual loss for each console sold, forcing Windows 8 (which has users pining for Windows 7) down our throats, and their adorable little marketshare in mobile phones and tablets which will continue to lose money for the foreseeable future. I completely get what MS is trying to do, they're just executing it the clumsiest way imaginable.

By the way, what are these features of Steam that aren't working in Windows 8? I haven't come across any issues yet and the article didn't list anything specific about them.

@QuistisTrepe: How does that make any of it right and mean I shouldn't tell EA and other companies that act like that to go fuck themselves?

Vote with your wallet is all I can tell you.

@QuistisTrepe: Over companies get hate for the same practices as EA. Most aren't doing it as frequently as EA though so people don't build up hate. Also there aren't conspiracies about it, they do it cause they are greedy fucks

Name one publicly traded company that isn't greedy. That's the very trouble with any company that is in bed with Wall Street, everything has to be done to appease shareholders. Also, most developer/publishers aren't the size of EA, so their shenanigans are only magnified given some of the higher profile titles that they work with.

But I still say Capcom is the reigning champion for the most devious act of all time as the father of on-disc DLC.

What cracks me up is that people generally hate on EA for either doing the same crap that other companies do and for unfounded, conspiracy like reasons that they cannot back up with facts.

FFVIII, though my username might give it away. FFVII was so mediocre and IX couldn't possibly have been anymore vanilla and uninspiring.

Free emulator on Android and a ROM typically works well.

Funny seeing Ben Kuchera acting like he's got any credibility.

This. No one at Ars Technica was shedding any tears over his departure. The guy is such a twat and Penny Arcade is the perfect place for him.

but REALLY just look at her. for me thought it has to be kevin van ord.

Uh, if you say so. I guess Chobot is supposed to be eye candy, but she fails at that as well. Kevin Van Ord is really quite pathetic and yet I can't even get upset at his content because he can't be taken seriously.

It's been happing for a week now. Fuck I need ps1 games now!

A Moga bluetooth controller and ePSXe on Android has served me well for my PSX fix.