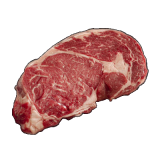 Every time I try to connect my games crashes any help?

is your firewall blocking it?  i had trouble connecting the first time too so i tabbed out and there was a window up for my firewall asking if i should allow it or not
10 years ago

someone dug a tunnel that goes straight to the right from where you spawn on 70.66.154.114 and it goes really damn far, even had torches lighting it the whole way.  not sure how far it actually goes but i probly ran for 5 mins before i stopped a made a fortified little room with a workbench and furnace haha, dig it, i'm goin' back in

I didnt vote because my choice is walmart because that fuckin place has guns, food, clothes, medicine, pretty much everything you need during the zombie Apocalypse.
Edit: Shit i forgot one thing in that list, rednecks. Yeah they may be high strung and short tempered, but chances are they are going to know how to use a gun.

walmart as a building would be great, brick walls, no windows and only 2 entrances up front to watch and out back on the dock.  the problem with that would be the other 2000 people that have the same idea who would murder you for a box of twinkies, not to mention it's a high traffic area, the odds of keeping the infection from getting in would be slim.  i would steer the hell clear of any super-populated area
10 years ago

i have a 2-story house with only 1 staircase, which makes a really nice choke point with a high ground advantage to boot.  short term i'd get my family and some food and water and guns up there and then kick a couple dressers down the stairs and wait at the top with a shotgun.  long term i'd barricade my house up as much as possible.  regardless of where you ended up you'd have to make food runs eventually.  fortunately for me i live in a small farming community in the midwest, there are cows and pigs and gardens everywhere.  also fortunately for me i spent some time as a butcher so i could totally still have ribeye for supper!

agree about other survivor's being more of a problem than the zombies after a while, people tend to lose it a little bit after watching their family get eaten or whatever, desperate, starving lunatics, i'd be very wary of the thinkers

man, if you guys haven't tried infamous yet i would suggest that one, i loved it.  it really feels like a good ol' (extra-destructive) shooter to me except with lightning instead of lead, one of my favorite games of last year.  it did have a couple weird glitches at least that i saw, i bought it new at retail, and 2 or 3 times early on in the game the visible citizens all got caught in the same animation and did a weird, looping robot dance for a minute.  so that was kinda trippy.  but i can forgive that because other than that i loved pretty much every minute of infamous, and technically i wasn't not enjoying myself during the robot dance, so yeah, i really liked infamous

sorry
red bull
anyway, the guy gets around a city better than ezio (i'm gonna get flamed for that, but it's true, pound for pound cole gets there quicker)  the controls are tight and the game succeeds at making you feel powerful almost the entire time.  and i enjoyed earning the upgrades and he ends up with every standard weapon and then some, an electric field like force push thing for close quarters, you can blow cars around with it, mid (shotty) and long range (rifle and snipe), the rocket launcher, grenades, a shield, he has a limited hover thing he can do and he has a ground pound that works out really well usually, all in all shit goes boom real good, i had a blast with that one.  not to mention the mind blown story, i did not see that shit coming
actually, all this talk i might just roll through it again right now but play as a dick before 2 hits....yeah, i still have time
10 years ago

" i5's are good processors and they have a great price/performance ratio, but they are considered a budget line."

That's crazy talk. i5s are comparable to i7s minus a couple of features, notably hyper-threading. They're marketed mainly for gaming and media center systems. I've never heard them referred to as a budget line before.
i7s are the high-performance range, i3s are the base range for low-power systems.

Maximum PC refers to them as being budget in their best-of-the-best and even intel themselves says the i5's are just under the enthusiast level processors.  bottom line is i7's are faster, this guy wants a gaming PC that's gonna last him for a while and he has a healthy budget to work with, I see no reason not to go with an i7
10 years ago

I got a 580 a couple months ago or so and put it in the tower i've had for 2+ years already.  It has one generation under the i-series, it's a core 2 duo and 4 gigs of ram and with the new video card I plan on that lasting me 3 more years.

Personally, if I was building one right now today, I would definitely get an i7.  as a matter of fact i would get this i7 specifically.  i5's are good processors and they have a great price/performance ratio, but they are considered a budget line.  Also agree that water cooling isn't really necessary but I wouldn't be afraid of it either, they make some really nice kits these days and it's no harder to hook up than it is to clip on a regular fan-based cpu cooler.  Antec makes some really nice cases, that one at the top there is really nice and really popular, i would also go with that if i was building one right now.

but to answer your question, yes that rig would absolutely last you 2 years and then some. You could play every game right now at max settings and will be able to for a while, by the time that thing starts to struggle you'll be thinking about Windows 9 and a shiny new DirectX 13 card
10 years ago

#9  Edited By ribeye
Indie Game: The Movie
10 years ago

i've been on a cs kick lately, i even fired up the Hammer editor and started making some gun game maps