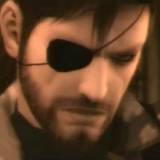 So it's out. And it seems it's a failure of epic proportions.

Is the final product that bad?

@AlfredCapone: It is pretty bad for the most part :(

Edit; Just got RE4 HD on PS3. Still kicks the hell out of the RE6 demo in my opinion. Mikami is a genius.

@DarthOrange: Hey, all the more reason why they can sell them seperately. Everyone's got different taste in games.

So. I've just played the demo for Resident Evil 6 on PS3.

And now I've played portions of what would become Resident Evil 6.

I feel sad. I remember hearing in a making-of video of some sort that three teams under Capcom built the three different campaigns. Correct me if I'm wrong, but It's pretty clear. I'm not going to talk about the Jake Campaign, I'll just talk about Chris and Leon. The Bad and The Good, respectively.

Chris' campaign is as generic as they come. A typical run&gun with really heavy controls. Things I recall;

-An intro that's more than a little reminiscent of the Modern Warfare series.

-No way to pause the game.

So you see, I really disliked the "Chris Portion". Now on to Leon;

-Only a HK VP70 and a Survival Knife. Limited ammo.

-Still don't like having a partner in the dark...

-Amazing end-game sequence, looking for the keys in a police car, while zombies crawl on your windshield.

Seriously, Capcom. Release the game in three portions. I don't want to pay 60 bucks for one third of the product. I won't buy a game that has three completely different parts, two of which I couldn't even care less about. I won't.

There might be those out there who want to play mindless generic shooters (yeah, those Call of Duty titles do break records every year, don't they?)

But there are those of us who still enjoy a memorable ride that reminds us why we chose to buy a Resident Evil title, rather than just about any random shooter that will be forgotten a month after release...

Been so busy I must have missed this one when it first hit the news. Just came across this whole incident this morning, before heading off to my finals in college. Needless to say I laughed all the way :D.

It's so absurd it feels like some parody out of a Rockstar game, too bizarre to be real.

Snipers ruled the beta, and from what I remember, me and my buddy would go online, play for a minute, start swearing our heads off at spawn killers and snipers and exit, launch ARMA2: OA and have a blast.

DICE has always been inaccurate about firearms. M1911's firing in double action, slides not locking back after the last shot has been fired, weapons that dont need to be cocked/charged after an empty mag reload, mirrored models that just look stupid because everything is in the wrong place, I can go on for hours. I really like DICE for their level design but I dont think they've delivered a single decent experience since BF2. BC2 was OK IMHO, singleplayer was horrible and the multiplayer was the same formula  you've been playing for years. But I really feel for Danger Close. Seeing that your character racks the slide back after a reload instead of using the slide release on a P226, Slapping the bolt on AR-15's after the gun's gone dry and a reload has occured and many different details make you really feel like your character actually has some personality in his movements. If only the game hadn't been rushed to be released before CoD: BO I think it would've been exceptionally well. They've spent the time they should've used to make a good game on creating details that don't really mean much when the whole experience isn't that great. I haven't played the SP yet but have watched vids from the game that pretty much cover the first day of the campaign and have participated in the beta on PC(Horrible bug filled-spawn killing camper fuckfest on the PC). Then again I really can't point out my finger and say that's a good game to any EA title that's been released in half a decade. I really don't know what they're doing in EA. They're not producing what we call "Games" that's for sure...

Sorry about the messy text BTW, it's 5 in the morning and I've just used a fuckload of painkillers so I'm not really in the greatest mood right now.

Peace out. Hope to see some good stuff from Danger Close in the near future.

I can't wait! This is looking so awesome!

Ehh... A little late but, me! I'm gonna trade in RDR for it!  (want to play some casual games for a change, plus I love Toy Story!)