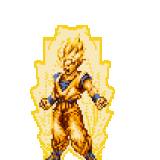 More Borderlands and that's not a bad thing. 0

Borderlands 2 is a game that gets just about everything right, including the two most important parts of an Action RPG, the Action and the RPG both of which are superb in this game.Unlike a lot of games where all the guns only serve as a means to kill the enemy, in Borderlands 2 each type of gun is significantly different to the others to give you reason to choose whether to use the pistol or the sniper, this becomes even more varied with the different weapon manufacturers which gives all the we...

Shouldn't be a retail release 2

Naughty bear is a game which appeared more or less out of nowhere a few months ago with humorous trailers which promised teddy bear massacre.  The game delivers and it delivers with lots of fun, you have numerous ways to kill and maim your fellow teddies, several different game types to add replay value to each level. The game is a lot of fun, or rather it would be for an arcade game, as a full retail release at retail price it's clearly overpriced and lacking value, the levels are all very with...

It's Not Arkham Asylum 3

Last year a game came out that did something rarely done before, it took an established property and turned into a good game, a very good game. That game was Arkham Asylum. Sadly in some ways thats a curse because it sets the bar high for all the movie/comic/cartoon adaptations that follow it. And this doesn't reach that bar.  It's not that it's a bad game, because it isn't , not really, it's just not a great game, it's nothing you haven't seen before, it's a lot of ideas borrowed from other gam...

7 out of 22 found this review helpful.

I loved GTA, all of them, each one bringing something new to the series or refining existing elements. While Red Dead lacks some of the better elements of recent GTA games, for example the social interactions between characters, it brings it's own little touches to the table, starting with one of, if not the best main character in a GTA game to date, we all loved Niko Bellic,or most did, but most will like John Marston much better. On top of that it takes the action away from Liberty City which,...

0 out of 4 found this review helpful.

Not Bad, Not Great 1

I have to admit to having a soft spot for the whole space shooter with trading and missions etc type game, having played Elite way back in the day I was hooked on being a space trader. DarkStar One: Broken Alliance is nothing more than a modern update of Elite with new graphics and gameplay. If you are expecting a game that re-defines the space shooter genre this isn't it, if you just want to fly around, buy androids in sol and sell them for twice the price light years away then this is for you....