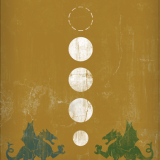 I plan on getting a ps3 in the near future because, well,  I don't feel like missing out on games like resistance, metal gear solid 4 and littlebigplanet anymore.

I'm not sure which model of ps3 to get?  I don't really care too much about HDD size, as its upgradeable.  I am kind of concerned about backwards compatibility, and usb slots... since using a hub for something like rock band seems kind of clunky and messy for 2008.
Another big question I have is, since I will in fact be playing rock band, and guitar hero world tour,... is which peripherals to get?! I already own a ps3 guitar and drum kit, since I have the ps2 rock band bundle.  Id like to get another guitar, and I wouldn't be opposed to owning another drum set if need be.  However, I really don't see a clear cut answer to this question.
Anyway! if anyone has any advice on any of these topics... feel free to discuss.
2 Comments
Load Comments