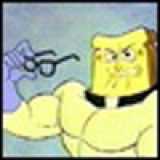 In this episode of the Shenmue ER, the crew once again were forced to wait for hours of in-game time for the story to progress (as per usual with Shenmue).

Vinny used the opportunity to break out the guitar. Enjoy the angelic voice of Dan Ryckert as he performs some Neal Young covers in the voice of Kermit the frog.

Concert starts at the 33:00 minute mark.

I noticed a performance downgrade on my pc as well (2070 super).

Some people reported that updating the drivers resolved it for them. For what it's worth it definitely did for me so I'd recommend trying that.

I noticed a performance downgrade on my pc as well (2070 super).

Some people reported that updating the drivers resolved it for them. For what it's worth it definitely did for me so I'd recommend trying that.

Wait, didn't Jim Ryan say just a few months ago that he thinks that VR is years away from being a focus in games, or something like that?

That's an interesting move after Sony basically saying that they're putting the whole VR arena on hold.

I still need to finish Kingmaker. I put almost 100 hours into it and dropped it. That will be a tough game to get back into...

This does look very good and I actually like the Pathfinder system. Isn't it basically D&D 3rd edition? I really like the old infinity engine games and this is the closest modern option for one of those.

I think Mister Caravella used it to learn to play.

Nah, Vinny got into Rocksmith already knowing how to play. Furthermore, I'm pretty sure he said that he thinks that RS is not a good learning tool but rather a good tool for practice - which I agree with.

I've found Rocksmith to be a good tool for general practice and also for learning specific songs, I wouldn't rely on it for fundamentals.

While monitoring my processes I've found services relating to sound were popping up in the CPU usage when these lock ups happened. After checking a little bit and testing some various things, I noticed that the enabled microphone device is my webcam instead of my headset. I then remembered that this whole thing started at kind of the same time that I've plugged in my webcam for some work meeting that I had (I usually have it unplugged). So I unplugged it, and I now had a session of over an hour with no issue.

I can't say for sure that this is resolved, but it looks like it. It lines up with it being audio related and also with having the issues starting right around the time I plugged this thing in.

Seems really weird that one affected the other, but... computers I guess...

@mellotronrules: Unfortunately I don't think that this is my issue because I tried GTA 5 several times after I transferred it to my HDD and I still got those freezes. I also monitored my drives usages during one those lock ups and could not see anything out of the ordinary.

Hello fellow GB community, I'm hoping you can help clear this one up.

This has started to happen suddenly - Games would lock up for a few seconds after a short while of play. Once it starts it will keep doing this at random, but still frequently. Some games are acting like this, others would not lock up entirely but would cut off audio instead while the game will keep running. For instance, GTA 5 and Genshin Impact would lock up, but Destiny 2 and Pillars of Eternity 2 would cut off the audio.

This seems to be happening only in Games, I have not experienced anything like this during other uses. I'm not sure what would cause this suddenly, there was really no special update to the PC recently including any driver changes. I tried to do a System Restore, though I remembered kind of late and I had a restore point back to a couple of days before - which should be on the cusp of this issue starting, so it's kind of a 50/50.
I also tried moving games between my various drives (SSD/HDD/M2) thinking that it might be a storage issue, but no change.

I monitored my temps of my CPU and GPU and could not see anything unusual during these lock ups. GPU would not go over 70c, while the CPU would max out at about 73c which is normal for me.

I know that these kind of things can be a result of a wide variety factors, but would love a nudge in different directions so that I could troubleshoot this thing.

@xamon0288:Interesting. I wonder if they're benefitting from this in any way or it is just for griefing. Perhaps it counts for kills towards bounty progression...

@tds418: Well unfortunately it can happen anywhere. It happened to me on the Moon while I was talking to Eris Morn and it actually interrupted the dialogue. It was really annoying because the guy kept doing it to everyone in there so I had to leave and re-enter the area.