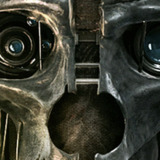 You might want to look into Everspace. It's not story based at all, from what I understand, but the gameplay reminds me of Freelancer.

I'd love to hear some Duders' impressions of Wii U performance. My Amazon pre-order shipped from Vancouver this morning, and I probably won't get it until late next week because I life in the boondocks on the East Coast.

I'd have to agree with @vonner. There can only be a few hundred duders who play Elite, right? Even assuming that they are all on simultaneously, that's not many ships puttering around the galaxy to meet up with, except maybe at community goals and the like.

Sorry to say it, but the day I can just buy Nintendo games on other consoles or PC can't come soon enough.

I've come late to this race and judging by the comments, I haven't missed anything... cool.

Yeah, I'm glad I got out of bed to stream it in my living room. If I had watched it on my laptop in bed like I was going to, I'd have fallen back to sleep....

Seb and Kimi looked real strong on the start, even if Nico is pulling away. With Hamilton in 6th, here's hoping for a damn interesting race (... annnnnd he overtakes Bottas).

I have to echo everyone's negative sentiments here; competitive has completely sapped my enjoyment of the game. My time in ranked has been filled with leavers, overly long games lost to coin flips, blow outs, and a general feeling of sadism from the ranking system. The people themselves have been mostly fine: I calibrated in the low sixties before dropping to the mid fifties and most people are not toxic assholes and try to work together (though this is less the case as I slowly but surely derank due to blizzard's terrible progression system).

The fact that a 50% winrate is not enough to keep your damn rank is absurd. You need to win 2-3 (and sometimes even 4!) matches for every loss. Supports and tanks get screwed because of the way the game's "personal skill" metrics work, gaining less hidden mmr and ranked xp for a win and losing more for a loss when compared to DPS characters. According to breakdowns from reddit and other online forums, the game is actively enforcing a steep bell curve that keeps like 80% of the player base between ranks 40 and 60. What? Who thought this was a good idea? Add to this maddness the underdog mechanic's absurd impact on ranking/deranking, since it kicks in at 1 average skill rank below: considering the bell curve and how volatile the rating system is, an honest underdog mechanic would kick in at about five levels below, if at all. Because, trust me, it is no problem to lose five ranked levels in an afternoon ---- levels that are next to impossible to get back. I've stopped playing because there are few things less fun than playing a ranked mode that feels like an unfair and time-consuming race to the bottom.

The mode is garbage and is actively on fire. I realize that people didn't like the one from the beta and felt it was too "casual". Well, congratulations for getting exactly what you wanted, because now you need a 75% winrate or better to consistently advance/not feel like every game is a kick in the pants. Hardcore enough for you? Blizzard should not have released it in its current state. Given how slow Blizz is in implementing changes (almost a month for two much-needed character nerfs that amounted to only a few damage points?) I have a feeling we'll be dealing with this dumpster fire for some time, if it gets fixed properly at all.

I am extremely disappointed in how unstable and poorly optimized the game is at launch. I had 3 crashes before the first tutorial mission was over, and don't even get me started on the seemingly inexplicable performance issues... The game is a hot mess and needs a patch ASAP. It boggles the mind how bad it actually is, considering it was PC exclusive. This is the sort of nonsense one expects out of a bad port of a console-first game. It's pretty clear that the game was rushed out the door when some more polish was needed on the technical side.

As to the game itself, I'm liking it quite a bit. I think many reviews were fair, but maybe a little inflated, especially in light of the aforementioned performance issues. One problem I do have with the game personally is that I think some of the turn timers might need to be adjusted to be slightly more lenient on some mission styles. I appreciate what they are going for, but I don't necessarily like how ubiquitous the mechanic is and think the system can be somewhat limiting in its current, stringent form. Thankfully modders have already started to produce content that either tweaks or eliminates this mechanic.

There are parts of the game that I really, really like, but, the more I play of it, the more I'm starting to actively dislike it.

I think it's funny, charming, and filled with fun characters, but I can't understand the level of gushing praise the game gets. The biggest problem is that Undertale does everything from a gameplay perspective to make me want to stop playing: random battles, difficulty that ranges from mind-numbly tedious to painfully unfair and frustrating, and, well, it's a damn bullet hell. I get that it's doing some clever things from time to time with the battles, but it's not enough to make up for the fact that it's actually a really bad and un-fun combat system. The most frustrating part about it is that the game is actively keeping me from enjoying its likable aspects by gating narrative and characters behind the abysmal combat mechanics.

I'm thinking about either watching the whole thing on youtube or breaking out cheat engine to end-around the crappy combat entirely.