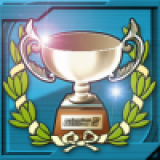 Sequels are the best thing to happen to games.

Take the change from Assassin's creed 1 to AC2 for example. Seeing how much better AC2 is compare to AC1, it's hard to believe they came out in the same generation. Then AC:brotherhood came out and made it even better.

If there were no sequels, gone would be the insanely in depth universe building of a Mass Effect or dragon age. Wow we put years worth of work into making this crazy deep universe with really interesting characters. Now since we made one game, no one will see any of this stuff ever again. We probably could have saved months of work there. Maybe if we could make a 2nd game, we could really flesh out all this stuff, or use it in some other ways.  Sequels are the 2nd season of your favorite TV show.

They need to make this, come on!!

Now you say 2011 will have a new Elder Scrolls game, a new Deus EX game, and TWO new bioware games, What could be missing from that?
I'll tell you what, a sequel to one of my favorite games of all time, Prince of Persia 2008. The Nolan North Prince of Persia, I actually like Mr. North in this role more than Drake. Anyways I think Prince of Persia 2008 is one of the best games of this Generation, and it was clearly made with at least one more game in mind, So Ubisoft finish it please.

Dude Demon's Souls was awesome.
I really liked Boletaria. it was pretty and ugly at the same time.
The really interesting thing I find is how they used the characters. You learn basically nothing about them, but just enough make you interested. Like Yurt the silent Chief, the guy that goes insane and murders everyone in the nexus.  When Biorr of The Twin Fangs just shows up to help it was awesome! I'd  really love to see the whole story behind Garl Vinland and Maiden Astraea, also that boss fight was really fucking sad.  I thought the voice actting was really great and the gameplay supremely rewarding.

A cure for depression.

I was very depressed by the shitty sate of the world and how it's only going to get worse.
Then I saw this  http://www.japanator.com/boys-like-breasts-sekirei-sells-out-for-funimation-17605.phtml
and then realized there is still hope for this world yet. ^___^

Ubisoft should turn Assassin's Creed into a platform.

Ubisoft should take all their Assassin's creed tech and just make a bunch of period pieces.
None of the games will say Assassin's creed on the box. They'll all have different names, but they'll all look, feel, and control like a AC game.
I'd love if they made a game where your a ninja in Sengoku era japan. You take orders form someone like Oda Nobonoga or  Hojo Ujiyasu.
Instead of being friends with DaVinchi your pals with Kotoro Fuma. If it had the same great voice acting, visuals, controls, historic figures It'd be pretty great.
Then they don't stop there, they make a french revolution game, American revolution, The Saboteur 2, dark ages England, I think that all would be great.
The only thing is everyone will say "Their milking it to death wah wah wah."
On a side note I think AC:brotherhood has the best voice acting I've ever heard. All the lines are delivered amazingly well.

I've play 7 hours of the multiplayer and 2 hours of the story. AC brotherhood is 100% the most fun I've had playing a game this year.
The multiplayer is like Team Fortress 2 but everyone is the Spy, and it's amazing. I can't tell you the immense sense of satisfaction you get from fooling a real person. You just walk over to your unsuspecting human player target and stab him, it's orgasmic. Dieing is the same way. You don't get mad when someone kills you, I was like "dude that was awesome, how he got me."  There is no game that came out this year that is as good as this one. And Trust me I've played every game this year.

Here is a list of all the games I bought in the last two month alone.
Nier,  Guitar Hero: Warriors of Rock , Dead Rising 2
Enslaved: Odyssey to the West,   Castlevania: Lords of Shadow ,  Vanquish
NARUTO SHIPPUDEN: Ultimate Ninja Storm 2,   EA SPORTS MMA , Fallout New Vegas
WWE Smackdown vs Raw 2011,   Rock Band 3,   Star Wars The Force Unleashed II
Fist of the North Star,  Assassins Creed: Brotherhood
Also a bunch of non-noteworthy WII games
I said those were the games I bought in the last two months. There are shit loads more I bought like Darksiders and what not.
Red Dead came out in the summer I also got lost planet 2 and Alpha Protocol the same month.
I beat Red Dead remember enjoying it, I have almost all the trophies in it. But can't tell you a damn thing about it tho. I found it pretty forgettable apparently.

I just got Neir and vanquish for 20 buck each at K-mart.

Neir may be a sub-par action RPG but dude $20! I'll buy and beat anything for 20 bucks.
Now Vanquish that just came out and it's already 20 bucks, holy crap!
I've played 4 hours of Vanquish and it's pretty freaking awesome! Also Vanquish is the first game I've actually died in this year.

Rockband 3's keyboard will be a complete failure if...

In a year's time there is no Little Richard DLC, with the keyboard that would be great. Little Richard's piano riff wooo would be the best DLC song ever!
In all seriousness I would actually really love it if they put out some classical/jazz piano in as DLC.
Don't say  "but it's called Rockband" because there is country music and some hip hop DLC already in it.
Maybe some moonlight sonata, maybe some more Elton John. I think  that would be great.
I just hope the keyboard will open up some music like that to be in the game.

I fucking love Fallout: New Vegas. I've had 12 glitch free hours of enjoyment so, but the faction system suuuuuuuuuucks.
I really hate the fact that I can't wear some armor, just because it's good armor. I wanted to wear some Caesar's legion armor, just because it's good armor.
Then I just happen to stumble into NCR controlled territory and off goes flies my head in like three seconds. Other than that annoyance I think the is really good.
I got Boone in my party and fuck he is awesome, he can kill 9 guys before I can even draw my gun.

Ladies and Gentlemen 2011's game of the year.

There are a lot of game games coming out in this year, but fuck 2010.
I just found 2011's game of the year. That is Yakuza: of the end, when it comes out in America it will propibly be called Yakuza till the end.
This is the 5th yakuza and it's a dramatic departure  the past 4, being that it's a shooter during a zombie apocalypse.
Now if your sick of zombie, you can go straight to hell for all I care.   Anyways you get to play as 4 people including the main villain from the 2nd game, back from the dead as a cybrog. Now the best part: hostess bars, fishing, 20 different gambling games, darts, pool, golf, and many more are still in the game.


WATCH AND YOUR LIFE WILL BE BETTER FOR IT

Blogs Created:
52 blogs
Most Commented blog:
The flat out truth about the Wii
Total Comments on blogs:
1554 comments