by Jeff Gerstmann on September 6, 2011
Share:TwitterFacebookReddit

Driver: San Francisco is a weird game, and that's probably exactly what it needs to be to stand out. Driver 3 was a real mess of a game, and the sloppy 1970s-tinged follow-up, Parallel Lines, wasn't much better. Driver: SF adds some interesting mechanics that help keep the action--which is otherwise comprised of your basic open-world driving game missions--from getting too stale. It's backed up by some interesting multiplayer options and a fun story that helps justify the game's mechanics while also giving the entire production a real "basic cable TV show" kind of quality that keeps the whole thing light and entertaining.

In the opening moments of Driver: San Francisco, your character, John Tanner, is put into a coma during a prison break by his longtime nemesis, Charles Jericho. But instead of just giving you eight hours of staring at a hospital bed, the game takes you inside Tanner's head, where everything seems to be proceeding as if nothing ever happened... except for the part where he can leave his body and hover high above San Francisco. Once you're having an out-of-body experience, you can warp back down into any vehicle in the city. Your possession of people works Quantum Leap style, so you'll look like Tanner, but when he looks in the mirror, he sees the body of the person he's possessing. Same goes for any passengers. With this ability at your fingertips, a lot of the typical driving game missions become a lot easier. Need to take down an opposing racer? Or stop a fleeing criminal? Warp into the driver's seat of a big rig and take them out with a head-on collision. Need to get across the city in a hurry? As you progress through the story, you can go higher and higher, making it a snap to cover great distances. It's pretty cool.

Of course, Tanner still thinks all of this stuff is happening in the real world, and he's a little shocked by these newfound abilities. So a lot of the fun comes from seeing him freak out about it and, eventually, start to figure out what, exactly, has happened to him. The story is broken up into chapters, and much of the actual story unfolds in cutscenes. It all feels like a cheesy buddy cop show with a bit of supernatural weirdness thrown in to freshen it all up a bit, even if it all comes together precisely the way you think it will.

The game is set in an open-world version of San Francisco, which works well because of its varied terrain and extreme hills. That said, if you're a local, don't expect to find your house. It's a stylized take on the city with a handful of the bigger landmarks. The basic districts are where they belong, at least, but the roads are way wider. It also models a bit of Marin County on the other side of the bridge, but the game is so unrealistic that it doesn't even feel that strange that the game always mispronounces the word "Marin." That aside, it's a great-looking version of San Francisco that runs at 60 frames per second, which goes a long way. This helps the game with its sense of speed and makes the whole experience just a little bit more pleasant across the board.

MIssion-wise, Driver: San Francisco sticks fairly close to the standard sort of design you'd expect from a game that doesn't let you get out of the car. You'll race around in checkpoint races, you'll takedown escaping criminals, get away from chasing enemies, and perform stunts in specific areas. Most of the missions aren't too difficult, though the open-world nature of the game does mean that sometimes the traffic will be lined up in a way that specifically screws you over, which is, of course, frustrating. That said, I only had to retry around four or five missions over the course of the entire game. One of those is the second-to-last mission, which is an amazing moment that I won't spoil, but it's worth noting that at one point it bugged out and prevented me from shifting out of my car, making it impossible to complete the objective. A reset and reload of the game got me back in with no further issues. Shifting from car to car freshens up these old mission ideas, but if you're already totally burnt out on this type of game, it's probably not enough to suck you back in.

On top of the story, which will last you six or seven hours if you skip the superfluous side stuff, the game has an interesting multiplayer side that builds a lot of quick mini games around the shift mechanic. Having a group of cops chasing one runner becomes a lot more interesting when the cops can jump into oncoming traffic, which turns any car into a cop car. When you're getting away, there's a sense of paranoia that comes from knowing that any of the oncoming cars could turn into a cop at a moment's notice and attempt to ram you head-on. Tag and other modes keep the action varied, and you'll earn experience along the way that gives you more multiplayer abilities. If you like, you can also just free-drive around the city with your friends or get into realistic races that disable all of the game's abilities.

It's short and light, but that doesn't mean that Driver: San Francisco is insubstantial. It has a good open world with a lot of options, and its supernatural cop tale builds to an effective climax that gives you a super-crazy ability that's absolutely worth experiencing for yourself... even if it only lasts for one mission. 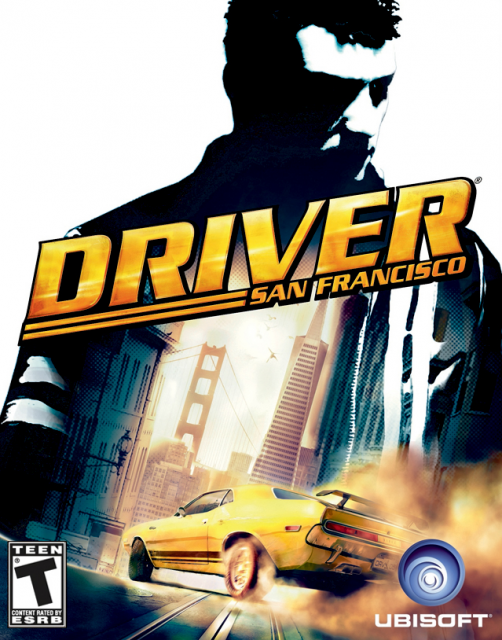