by Brad Shoemaker on August 9, 2017
Share:TwitterFacebookReddit

This intense exploration of a young woman's personal anguish is a triumph of interactive storytelling.

Ninja Theory's talent for video game storytelling reaches something like apotheosis with Hellblade: Senua's Sacrifice, a brisk and harrowing journey through a young woman's deep internal torment. The studio pulls back from the complex combat elements it developed in previous releases like Enslaved and DmC and focuses more intently on dramatic ones, in order to paint an intimate and often painfully acute picture of grave mental illness in a fantastic setting. Hellblade's gameplay mechanics are few and relatively straightforward--though at half the price of most games with this quality of production, that's easier to forgive--but as a narrative effort its success is almost unparalleled in the medium.

Hellblade has the grandiose feel of epic poetry, set in a world of Norse mythology and employing a hazy, dreamlike narrative style that makes the reality of the game world feel like it's just out of reach. Hellblade doesn't follow a complex plotline as such; the events of the game merely comprise the young Celtic protagonist Senua's journey deep into the underworld in search of her lost love, who was murdered by marauding vikings and whose soul she hopes to wrest from their gods. Once she finds her beloved she intends to avenge him, or resurrect him, or... well, exactly what she plans to do isn't clear, nor is it clear that even Senua knows what to expect once she gets where she's going. The goal of this quest is unclear because the quest itself is the goal, Senua's desperate response to the trauma of losing the one person who ever showed her any kindness or understanding.

This is a game not about vanquishing some larger-than-life, world-threatening evil but instead the demons that dwell within Senua herelf. Through bits and pieces as you plunge through swamps, charnel houses, and catacombs, a portrait emerges of a person who suffers from a debilitating psychosis and, worse, the isolation and scorn that accompany it. The game makes extensive use of voiceovers, hallucinations, flashbacks, and illusory settings to slowly draw in the contours of Senua's illness and its control over her life up to this point. Hellblade's single most powerful trick is a near-constant stream of voices in Senua's head, recorded with a spatial audio technique so they feel like they're all around you, nagging at you, undermining your decisions and your confidence. These voices are frequently in conflict with what you're doing and even with each other; one side can be encouraging you while the other mocks you mercilessly. The effect is striking. Over time Senua's pain becomes palpable, incontestable, especially as the stress worsens the longer these voices harangue you, the more vicious and deranged they become. It's important to remember that you as the player, though, have the luxury of turning them off whenever you want.

Hellblade's robust bag of psychological tricks and the sheer fact of Senua's distressing reality result in the game's uncommon ability to capture the feelings of worthlessness, lack of control, of being misunderstood and shunned, the strange mix of hope and despair that can accompany a debilitating mental illness. Much of the credit for this authenticity has to go to the performances, chiefly Senua herself, played improbably but with a piercing intensity by one of Ninja Theory's video editors, Melina Juergens. The studio was one of the first to effectively use performance capture in video games with Heavenly Sword over a decade ago, and that expertise results in a character that you simply accept as a believably real, tortured person. The character of Druth, whose spirit narrates large portions of the game--and whose breathless, wry recounting of viking legends like the apocalyptic prophecy of Ragnarok serve as the equivalent of audio logs--is also a standout. He's probably one of my favorite characters from a video game who doesn't actually appear in the video game.

Just as Ninja Theory was capturing real actors with little ping-pong balls before most other developers, it similarly makes use here of cinematic and production techniques that are rarely seen in many games today. A series of second-person flashback sequences, in which Senua effectively speaks directly to you as you view the scene from the eyes of her lost love, connect you more directly to her characterization. The game also mixes full-motion video elements seamlessly into its polygonal world in a way that compliments the setting. Innumerable camera tricks, lens effects, clever scene transitions, and so forth add a visual flair to an already immaculately produced game, and these tricks are also collectively used in such a way that you play the entire game start to finish without seeing a loading screen. Lastly, while you can certainly just go watch video of the game yourself, it's worth noting that the developer squeezes every bit of fidelity and performance out of the Unreal Engine to create a game that's just stunning to look at. The hellish viking world Senua inhabits is full of both gorgeous landscapes and horrendous primal imagery.

It's notable that we've reached paragraph six without addressing how you play this video game, and while there is a lot to say about Hellblade's strengths as a narrative vehicle, it's also true that as a game, this one is relatively simple. Each area is fairly self-contained so there's little exploration to do, and all of the puzzle-solving relies on tricks of perspective. You'll sometimes run into locked doors painted with viking runes that block your progress to the next area, and you'll then backtrack and look around in the world for objects that form the general shapes of these runes to "unlock" the door and continue on. These puzzles are quite similar to the question-mark Riddler ones in the Arkham games, though they get a bit more complex and clever as you go. The game also uses perspective to come up with a couple of similar puzzle types. Some areas feature bridges, staircases, and so on that are shattered and sort of ethereal, broken into shards that hang in the air until you find the right vantage point to line them up into their original form and solidify them. And in the most inspired form of puzzles in the game, some areas contain what are in essence magical portals (which appear as mundane structures) through which you can see a subtly different version of reality. In some of the more imaginative instances, you'll end up having to navigate several of these portals in the right sequence to tweak enough little details around you to allow you to progress.

Hellblade dials back the flamboyant combat of games like Enslaved and DmC to a smaller scale that feels more up-close and more consistent with the tone of the story. Senua has only a sword with a light and heavy attack, a kick for breaking enemies' guard, and the ability to dodge and run. All of these can be combined into a decent number of combos, but you'll figure out pretty much everything there is to do during combat in the first couple of hours, and there are only five or so types of enemies (and they're all different types of big vikings). The combat has a heavy, hard-hitting feel and a one-on-one structure, since the camera automatically locks to a specific enemy at all times, though later in the game you start having to manage anywhere from three to six enemies at once, which is usually satisfying but can also feel like a chore in confined spaces. The game's boss encounters are all unique and exceptionally memorable, though, and the final action sequences reach a pitch-perfect crescendo that compliments the conclusion of the story in a really appropriate way.

Everything Hellblade does, it clearly does in service of further developing Senua's struggle against her own illness and the obstacles it creates. Thus the puzzles and combat, rote as they might become, still act in service of the game's central themes. The puzzles, in their most creative moments, force you to look at the world from an off-kilter angle to see things as they really are. And the image of a frail young girl standing steadfast against a group of hulking viking warriors can be an inspiring visual metaphor for Senua's courage in struggling against her own paralyzing condition. Any amount of tedium I felt in doing largely the same thing over the course of the game was vastly overridden by my desire to see her journey through to its conclusion. The game has a propulsive momentum that takes over once it gets going. You feel like you're straining to fight along with her.

In a move more developers should copy, Ninja Theory includes a making-of featurette here that I fired up the moment the credits had rolled and which, like the best making-of docs, made me appreciate what I had just played in ways I wouldn't have otherwise. Without it, I'd never have known Senua is a member of a Celtic tribe from northern Scotland known as the Picts, nor that Pict society had a surprisingly progressive attitude toward mental illness for its time, nor that the name Senua itself derives from recent archeological findings. More importantly, this short thoroughly details Ninja Theory's collaboration with multiple mental health professionals, giving you a look at how research and technology combined to give a distinct veracity to the hallucinations, voices, and other elements of Senua's illness. There are a lot of things Hellblade does that other games could take a cue from, and this contextualizing documentary is not a small one.

Roger Ebert once famously declared that video games can never be art, both because the intervention of a player robs an artist of their authorial control and because, more fundamentally, no game to date had managed to make any of us "more cultured, civilized and empathetic." Though Ebert eventually walked back his original position as overly rigid, Hellblade strikes me as a game that inches closer to meeting his original high bar, and I wish he'd lived to see it. It's a game whose many elements speak with one voice to address a subject and tell a story that has the potential to deeply touch those who identify firsthand with its themes, and if this game doesn't leave you feeling more civilized and empathetic toward those themes by the end of it, it's hard to imagine the game that can. 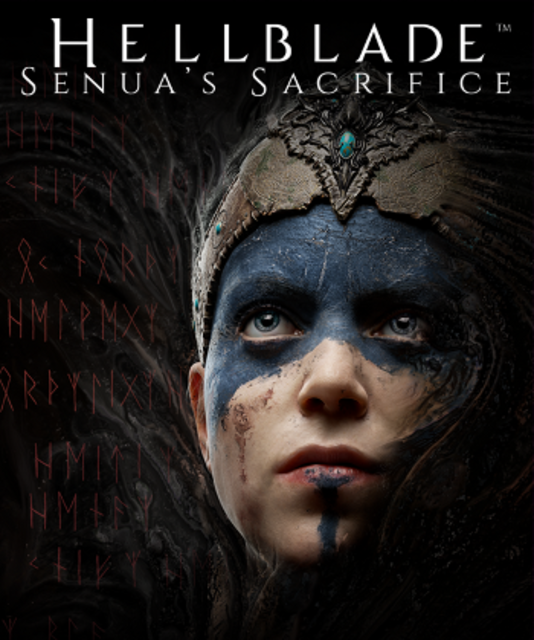