by Brad Shoemaker on June 28, 2016
Share:TwitterFacebookReddit

Playdead's followup to Limbo expands on and improves all of that game's ideas so thoroughly, there's no question why it took six years to get here.

At first glance, Playdead's second game Inside seems like a better-looking retread of its breakout indie hit Limbo, in that you're another faceless child who wordlessly starts off in a forest, running to the right while occasionally pushing, pulling, and jumping over things. But you can't spend more than a few minutes with this game before realizing how much Playdead's ambitions, and its ability to fulfill those ambitions, have grown in the six years since Limbo. Inside expands on the concepts and scope of its predecessor in wildly creative ways, and it's so immaculately designed and constructed from top to bottom that it almost feels suitable for display in an art museum. This is one hell of a followup.

It's important to note up front that the tone and presentation of Inside are just like that of Limbo, which is to say it's preeminently focused on having you puzzle-platform your way through beautifully rendered, increasingly grim scenarios at the expense of everything else. You will pick your way through a wide array of different environments, stitched together seemingly at random and oozing with unsettling imagery. You will solve satisfying puzzles in macabre scenarios; you won't be told a coherent story. You may be scratching your head a little when it's all over. If you roll your eyes at games that can even be loosely described as artsy, you should at least know what you're getting into here. Inside takes itself seriously, but it's way too good at everything it does to ever become bogged down in pretension.

Inside's building blocks--from its core mechanics and controls to minutiae like the achievement design and chapter select--are right out of the Limbo playbook, though Inside diverges from its predecessor in some important ways. Limbo was mostly built around two concepts: relatively simple, physics-based puzzles and challenges, and killing you over and over (and over). The one thing I remember Limbo doing better than any similar puzzle-platformer at the time was making your interactions with the game world grounded and tactile, giving you a feeling of direct control over whatever box, lever, rope, or giant spider leg you were yanking on at the time. Granted, a lot has changed since 2010, and these days there's no shortage of similar puzzle games with nice physics, so another game that simply recycled Limbo's bona fides obviously wouldn't make the same impact today.

Thankfully Inside more than recaptures that uncanny sense of control; it expands on and integrates it even more seamlessly into the way you run around in and touch the world around you, creating bigger and more elaborate puzzles and obstacles than Limbo ever did. You see loving attention to detail throughout this game, and one of my favorite places where that attention manifests is in the way you interact, or rather that you don't interact, with the many objects you can use in your puzzling. Manipulable (is that a word?) objects tend to melt just into the background and let you run right past them, rather than forcing you to tediously climb back and forth over them, but you can still grab and move them around when you need to, and the character animation that happens around all this is just sublime. It's such a minor point that you might not even notice if you aren't a huge nerd about the little ways game design and presentation are constantly evolving and being refined over time, but it's one of the many subtle, elegant touches that make Inside feel like the product of a lot of intense consideration. It makes the game world, fantastical as it is, feel a little more real.

While the mechanics of your control over the environment are familiar, Inside largely drops Limbo's trial-and-error obstacles and its sadistic urge to kill you constantly, and instead stretches its legs with more involved puzzles that in a lot of cases require you to think a little more abstractly about the environment and your ability to manipulate it. Inside isn't riddled with gotcha-style cheap deaths that require too much repetition; there's something more methodical and a bit more cerebral about making your way through most of this game. When you die, it's typically not because you were killed by a devilishly hidden trap, but more likely because you were poking at the options in front of you to see how you could ply them toward a solution, and just pushed things a bit too far. That makes the puzzles less rote and more satisfying to solve. If all this sounds frustratingly vague, it's only because describing specific scenarios would lessen the "oh wow" revelations of discovering them yourself, and those revelations are at the core of what makes this game so enjoyable. Things get weird, though, and then weirder again. So many elements of this game's scenarios and design feel marvelously, searingly creative.

In light of Limbo's sparse, expressionistic art style, the way Inside's look has evolved and expanded might be the most impressive thing about it. The game's art design and presentation are subtle and cohesive even as your travels take you through disparate areas like farmlands, industrial cityscapes, underwater wreckage, and research facilities, and each of these areas advances some of the sinister images and themes you might expect, and quite a few you won't. There's a repeated emphasis on scenes of cruelty and exploitation in an industrial context that give the game a heavy, oppressive tone, and while you aren't exactly fighting any enemies as such, there are some antagonists and adversarial situations that really made my skin crawl.

Moreover, the sheer scale of the world here makes Limbo seem like it might as well have been made from paper cutouts. Where that game took an effective less-is-more approach (which may well have owed to the budgetary constraints of a debut indie game), Playdead has gone the other direction here by lavishing an astonishing amount of depth and detail on every inch of the game. There's so much layered scenery in the fore- and background of any given area that you feel like you could reach all the way into it up to your elbow. It's an appropriately drab game, but there are spare uses of bright lighting that occasionally remind you that the boy is in fact wearing a red shirt. It's a side-scroller so of course you view it from the side, but occasional, slight camera moves and changes in perspective contribute to consistently interesting scene composition and framing. Much like Limbo, the whole thing has a soft focus that makes it easy to forget it's built out of polygons, frequently taking on the character of a piece of moving artwork. I have no compunction about calling Inside a visual masterpiece.

It feels strange to talk so little in specific about a game I'm so impressed by, and I could write a review three times as long citing examples like the first time you put on that... ah, forget it. This is less a nod to overly sensitive spoiler culture and more an acknowledgement of Inside as a work of singular creativity and meticulous design, one of those games where the more it surprises you, the more it'll impress you. I have a hard time coming up with much, other than a conclusion that left me wanting a little more, that this game could do better. It's that question of the gap between ambition and fulfillment, a gap which here is all but nonexistent. Looking at and playing Inside gives the feeling that every surface, every animation, every light and pixel were placed and replaced until they all fit together just right. You see where the six years went. I can't even picture what kind of game Playdead could make another six years from now. 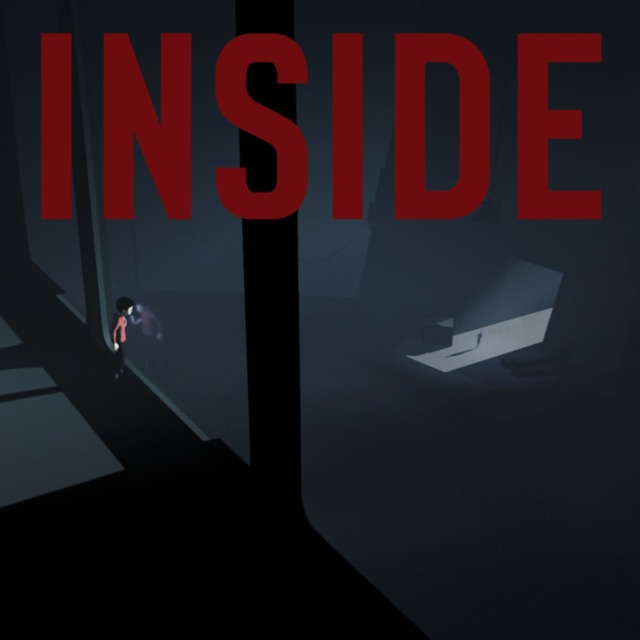