Kirby And The Rainbow Curse

That's a hell of a bad curse ya got there, Kirby. Sorry, man.

Kirby and the Rainbow Curse Review

In 2005, owners of the Nintendo DS were waiting for a game that demonstrated the benefit of a dual-screen portable with a touchscreen. The handheld had been out for seven months, and many of its titles were ports (Super Mario 64 DS) or collections of minigames (WarioWare: Touched!, Feel the Magic XY/XX). Nintendo hadn't yet sold anyone on the notion that we needed a touchscreen-based handheld.

Kirby: Canvas Curse came along in June, and was the first to really deliver on that promise. Its gameplay was simple, requiring players to draw paths on the touchscreen for Kirby to follow. Navigating the levels wasn’t a complex procedure, but it nonetheless felt like a unique experience that was custom-made for the DS (this is before the iPhone and iPad made touch-controlled games commonplace). I had a great time with the game, and I certainly wasn’t alone. It’s widely regarded as one of the best early titles in the DS library.

Almost a decade later, Kirby and the Rainbow Curse revives the format for the Wii U. While the touchscreen gameplay is intact and it features a gorgeous clay-based art style, the experience of actually playing it is a far cry from those early DS days.

One thing you’ll notice right off the bat is that it’s almost impossible to look at the TV screen while you’re playing. There’s no good way to determine where the stylus is located if it’s not actively touching the screen, so your eyes need to be glued to the GamePad if you want to play this game.

On the surface, the gameplay seems similar enough to Canvas Curse. You lead Kirby by drawing rainbow-colored paths for him to follow, and you can scoot him along faster by tapping on him directly. If you collect 100 stars, you can hold the stylus on him for a moment to charge a star dash that can break through special blocks and do extra damage to bosses.

Nothing about the gameplay feels broken, it just feels soulless this time around. Levels are linear and don’t offer much in the way of challenge, and it’s rare that it strays from the “guide Kirby to the exit and collect stars” formula. Canvas Curse incorporated Kirby’s power to inherit abilities from dead enemies, but that’s been taken out for this entry. Occasional levels will have Kirby morphing into a rocket, torpedo, or tank, but these stages feel even more stripped-down and simple than the standard levels.

There are seven worlds (with three levels each) that fit squarely within traditional platformer themes, and each one ends with a boss fight. Many of these are frustrating, and require a level of precise control that your stylus just can’t provide. Even with so few worlds, you’ll see more than one boss recycled for another area with a minor twist (this time he’s underwater!).

Outside of using a rainbow path to shuttle Kirby along to the end of each level, there isn’t much to do. Each stage has a handful of (barely) hidden treasure chests that unlock figurines, and you can also collect little bonuses like music tracks and diary pages. None of these collectibles inspired me to go out of my way to obtain them, but they don’t add much in the way of challenge even if I had gone for 100%. Bare-bones challenge rooms can also be unlocked after beating areas, but they’re nothing more than an assortment of 15-second rooms that task you with getting to a treasure chest in time.

Other players can hop in and out with a variety of Wii U-compatible controllers, and they appear as Waddle Dees. It’s actually refreshing to play as them, as they can be directly controlled with a standard controller rather than the unreliable stylus paths. Several frustrating boss fights are made more tolerable if you have a friend jump in as Waddle Dee and spam melee attacks while you simply try to wrangle Kirby’s movements and keep him alive.

Playing Kirby and the Rainbow Curse was a tedious experience from beginning to end, and it lacks the "time and place" factor of Canvas Curse. If Nintendo was more open to bringing its properties to mobile and tablets, I could see the game being more appealing as a cheap eShop or iPad title. As a full-fledged $40 Wii U title, however, it only feels like a disappointment. 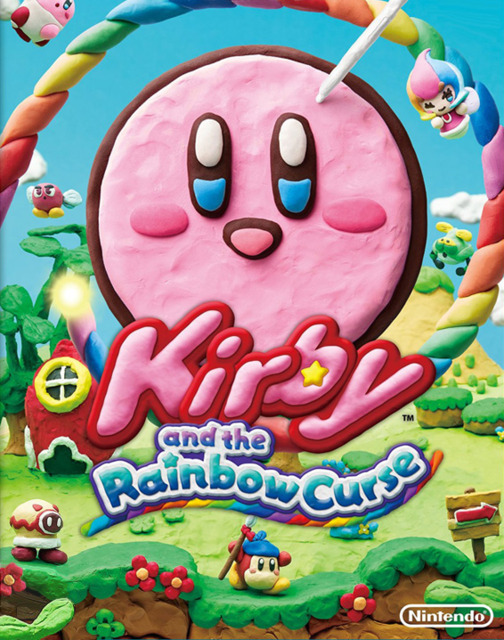