Patrick and Brad inhabit the depths of Moscow once again, this time with freakin' SPIDERS.

by Patrick Klepek on May 13, 2013
Share:TwitterFacebookReddit

4A Games makes impressive strides in improving Metro's core gameplay without losing the pieces that made the original so special.

Games are a funny medium. Unlike movies, books, and music, games are made in different parts of the world, but we hardly take note of their place of origin. If it’s fun to play, does it matter? In some respects, this makes games a wonderfully progressive medium, one in which the quality of the creation is judged for what it is. It’s also resulted in a homogenization of design. That we cannot tell if a game is from one place or another suggests the desire for worldwide acceptance is often stomping out quirks that could help define the medium.

That’s what made 4A Games’ Metro 2033 stand out. Metro 2033 was set in Russia, made in the region, and played like it came from there. You wanted to swig from a vodka bottle to be a little closer to it--I called it “full immersion.” Just being different wouldn't be enough, though. Metro 2033 was drunk on atmosphere, and brought players to an alien place where the real and the supernatural swapped places at will. It also had terrible combat. I’m happy to report Metro: Last Light makes impressive strides there, changes that will make jumping into its world easier for those who were put off by some gameplay elements that didn't work well last time.

Metro 2033 concluded with Artyom launching a barrage of missiles at a nest of Dark Ones. Ever since the bombs dropped, the survivors of the area around Moscow have been barely scraping by living underground. There’s not much food, water, or other supplies, and in addition to the mutated animals that have adapted on the surface, a new race of sentient beings capable of destroying folks’ minds with a wave of their hand is causing humanity to wonder if it’s about to be replaced. Artyom appeared to have successfully destroyed all the Dark Ones, but Last Light opens by encountering a survivor of the blast, starting a quest to learn their true nature.

Atmosphere went a long way towards helping you forget the frustration of shooting things in Metro 2033. The gunplay was shoddy enough to break the illusion. I’m partial to the theory that awkward controls can actually contribute to immersion when done properly (see: Silent Hill), but in Metro 2033, you’re supposed to be a gunslinger with a deadly arm, and it was tough to be that guy. It takes precious few moments with Metro: Last Light to appreciate the mechanical upgrade. On a controller, the controls are much more streamlined, and allow you to swap tactics on a whim. This translates to the mouse and keyboard, as well, and reflects a general shift in combat design to encourage more than popping off rounds and hoping for the best. The way it feels is harder to describe. It just...feels like a modern shooter, and is no longer a distraction. The Metro games aren't about the power fantasy in so many other shooters, and it doesn't reinvent shooting a gun. Now, rather than fussing with the controls, you can easily fire away, and focus on surviving the hellscape.

Your survival is acutely conveyed in the first-person, a perspective that comes with a great power that few games wield very well. Each time I've declared I’m done with first-person-shooters, what I’m really saying is I’m tired with what the games are--or aren't--doing with the opportunity in front of them. There will always be something satisfying about holding left trigger to aim and holding right trigger to shoot, but that feeling dulls a little more with each game. It’s easy to think that’s all there is to it, and then a game comes along and reminds us games aren't trying hard enough. Mirror’s Edge was one such game; Metro 2033 was another.

It’s the little details that matter in Metro, and how they add up. It’s about having to put your gun away in order to manually recharge your flashlight’s battery. It’s about being asked to both reload bullets and manually pump the pneumatic tubing on a rifle that you can, oh yes, accidentally over-pump. It’s about hearing a terrifying beep from your watch, signifying there’s a minute left on your current mask filter, the only thing keeping you alive while scouring the surface for a replacement. It’s about the game employing mission markers only by asking you to check a compass, or pulling up a notebook that has the next objective written down. It’s about being in an intense firefight, blasting a twisted creature away with your shotgun, their blood splattering onto your mask, and the only way to see what’s going on is literally hitting a button assigned to wiping your mask off. It’s these differentiations that combine with Metro: Last Light’s oppressive and claustrophobic sense of place to transport you to a world of hope and suffering.

And Last Light spends a surprising amount of time conveying that suffering. In Metro 2033, this largely happened through idle dialogue and inference. Last Light doesn't abandon asking players to draw their own conclusions, but it’s also far more blunt, and introduces a narrative trick that allows the game to indulge in some truly horrific moments that recall the day the bombs fell. One sequence, involving a plane, remains etched in my mind. By the end, you still don’t know why the nuclear winter was triggered, but Last Light succeeds at conveying the awe-inspiring terror of the day that changed everything. It doesn't skimp on the follies of man in the post-apocalypse, either, including a harrowing moment early on when the player quietly moves through a concentration camp run by future Nazis. In these moments and others, the player is given opportunities to help, but it’s not impressed upon them, and rarely is it tied to the unlocking of an achievement or significant player benefit. If you chose to help the citizens of Metro, it’s because you chose to reach out your hand--or don’t.

Possibly the most surprising addition are the amount of stealth sequences. It’s common to be presented with a huge room full of soldiers, and while it’s possible to fight through them, that’s a bad idea. I've been rather vocal about games with trial-and-error stealth gameplay, so there was a brief moment of panic. This was followed by a sigh of relief, as it became apparent how fast and loose 4A Games was with the concept of “stealth.” Seriously--these enemies need new glasses. It means you can waltz in front of them, so long as your hand’s indicator says you’re invisible. While it made these sequences tolerable, it robs all tension from them, and the sheer volume of the stealth sequences had me wishing the game was more punishing about playing them.

As with Metro 2033, Last Light is a technical juggernaut designed to bring the most powerful of PCs to their knees if you’re trying to max the visuals out. My modest but capable Radeon 7850, 16GB of RAM, and an i7 CPU heavily chugged at the game’s most intense moments (almost all of them were outside and included environmental effects) on the “high” settings. The Xbox 360 and PlayStation 3 versions are acceptable ways to play the game but hardly ideal. While the frame rate holds up admirably, texture detail take an enormous hit.

I was also bugged by an oversight that probably won’t present itself to many people reading this. I view Metro 2033 and Last Light like foreign films. I could play them with English dubbing, but as they were developed in Russia, it makes sense to play them with Russian voices and English subtitles. While I don’t expect to understand everything, Last Light doesn't subtitle a number of story moments, and not for any obvious technical reasons. It may be understandable that every piece of ambient dialogue cannot be translated because the game won’t know where the player is looking, but there are important ambient set pieces where the player’s attention would be directed nowhere else and the game fails to subtitle them at all. If not only to maintain my level of disbelief and immersion, it’s also a failure to successfully address accessibility for the disabled among us.

To be this far without having gone on and on about how well Last Light renders the end of the world speaks to the impact of everything else. Did I mention it has the creepiest spiders since Deadly Creatures? By its very nature of being a sequel, Last Light doesn’t feel as fresh as Metro 2033 did, but there’s still nothing else like it. Few games generate immersion through gameplay and transport you to their world the way Metro does. 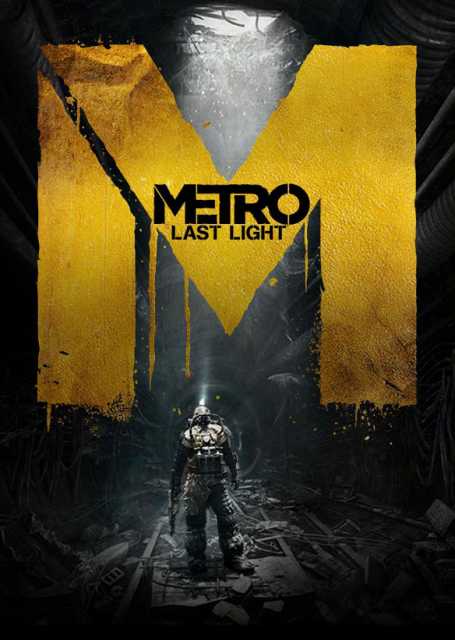