by Jeff Gerstmann on September 3, 2008
Share:TwitterFacebookReddit

The Last Guy is an interesting game, but there's not enough to it to make it a good game.

The Last Guy is a fascinating game that exemplifies Sony's dedication to the sort of left-of-center downloadable releases that you just don't see anywhere else. While it's cool in a "sort of crazy Japanese game that you don't expect to see in English" way, the game runs out of steam well before you've finished the last level.
It's a top-down maze game that you could peg as a modern update on the classic arcade maze games, like Pac-Man, or the not-so-classic games where you lead strings of helpless individuals to safety, like Flicky. You play as the potential savior of humanity, The Last Guy. You run around a top-down world, with levels based on aerial photography of real-life locations, like Fisherman's Wharf in San Francisco, or sections of Washington DC, Santa Fe, Berlin, Yokohama, and so on. Your task is to collect surviving humans and return them to a safe zone. You must collect a set number in a set amount of time to complete each level. The humans themselves are hiding out in buildings, so you'll need to run near the entrance of each building to get them to come out and join your parade of survivors.
Why are they hiding? Zombies. It seems that a big purple ray was fired at the Earth, turning everyone who was outside into some sort of horrific creature. The zombies will spook your survivors and send them scattering back into nearby buildings if your line collides with a bad guy. You'll also have to deal with multiple types of evildoers. The normal zombie shambles around slowly, picking up the pace in your direction if he sees you, but his eyesight isn't so great. You'll also deal with giant bugs that scurry around the roads, other giant bugs that creep in your direction if they spot you, a big zombie who shouts every so often, spooking humans back into hiding, and so on. This makes each level a little different, but they all come down to finding a path through the level and, above all, hurrying. You have a couple of moves to assist you, including the ability to sprint and the ability to bring up the rear and gather your crowd into a huddle, which is handy if some of them are standing directly in harm's way.
There are a few pick-ups, named VIP citizens that give you a bonus when collected, and a handful of extra levels that you can see if you do really well on the regular ones, but that's roughly it. The game tabulates your score after a successful run and uploads it to an online leaderboard, and you either move on or try again for a better score. It's not bad, but after around three levels of this, I was more than ready to move on.
The game has a rare sense of style to it that makes you quickly realize that the developers were probably cracking each other up the entire time they were making the game. But sadly, most of the coolest things about The Last Guy don't actually exist in the game itself. Prior to its release, Sony posted a tool that would let you turn any website into a little Flash version of The Last Guy. That sort of custom, on-the-fly level generation would totally save the full game--being able to generate levels out of any Google Maps image or something like that would have been a very cool gimmick. The other is a wild interview with a group of guys who pretend to be the game's developers while talking up the importance of curry and math and have a goat in their office. If the full game had more of that spirit in it, it'd be a much better game, overall. Instead, it gets by with its deliberately retro look and feel, which works reasonably well but can't carry the overall package.
While you could say that there's nothing quite like The Last Guy--well, beyond the Work Time Fun minigame that the whole thing was based on--its unique feel doesn't make it a great purchase at $9.99. If you're really interested in the quirky sort of stuff that Sony's been occasionally putting out on the PlayStation Network, you'll probably get a kick out of this. But you'll probably get that same kick out of the game's free, one-level demo. Go with that first.
Jeff Gerstmann on Google+
Load Comments 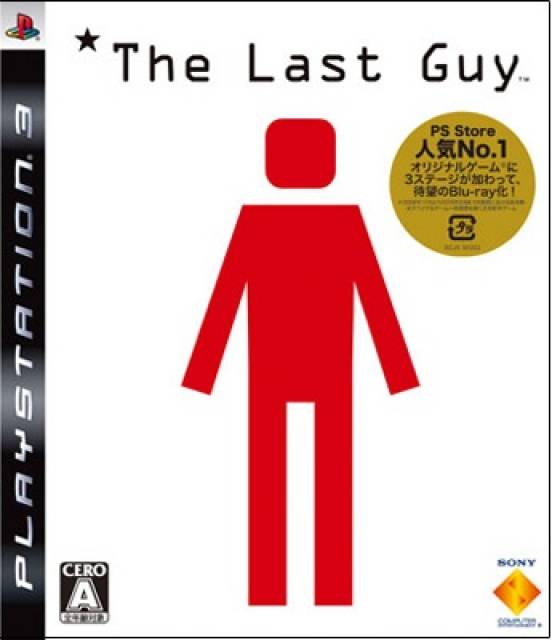