by Jeff Gerstmann on March 20, 2017
Share:TwitterFacebookReddit

If you're the sort of person who just wants to mindlessly shoot through co-op games with a chatty group of friends, Wildlands is fine for that. Anyone else should probably look elsewhere.

Tom Clancy's Ghost Recon: Wildlands is probably only worth caring about if you're willing to play through the game with three friends, with voice chat enabled. You should know that up front. You can, of course, enter into public matchmaking. In fact, the game constantly encourages you to do so. But in my experience, playing with strangers, without voice chat, is probably the worst way to play Ubi's new cocaine mountain simulator. Single-player's also an option, and can be fun for a time, but the three AI-controlled squadmates they give you are intensely overpowered and a little boring to use. Leaning into the multiplayer aspect is probably the only way players will feel like they're getting their money's worth here.

It's a shame, because there are elements around the edges of Wildlands that, if fleshed out more effectively, could have made for a better game. Take the story, for example. A Mexican drug cartel decides to leave home and set up shop closer to the source of its product: Bolivia. There, it creeps into multiple elements of society, turning the nation into a full-on, brazen narco-state. Your role is that of a set of four "operators," in country to work for the CIA on... a revenge mission? An undercover CIA guy is dead, and that's your flimsy entry into the story. Early on, the characters remark that they just need to get that revenge and get out before getting wrapped up in the politics of the coca trade. And then you proceed to get wrapped up in the politics of the coca trade, working with rebels to slowly dismantle the drug cartel's Bolivian branch.

The "revenge" thing more or less vanishes and there's very little story progression to speak of. You simply go into a new territory, get a video-based info dump on that region's boss, then start completing objectives and missions that put you closer to killing or capturing said boss. The ending--though I should note that there's apparently a different ending if you dismantle 100% of the cartel's operation before heading into the big confrontation with the big boss--falls flat, pre-loaded with a twist that you see coming a mile away but also one that isn't worth caring about to begin with. Wildlands is full of characters that look like they'd be interesting, but you're too busy shooting them in the face to give them time to be fleshed out. Top all that off with some very half-hearted hand-wringing over America's role in the War on Drugs and you've got a story that goes nowhere and says nothing. It puts all these pieces on the board and does absolutely nothing with them. It's a shame. It feels like something that could've been so much more.

So instead you're left with a pretty standard open-world action game with some very light tactical elements to help remind you that it still says "Tom Clancy's" somewhere on the box. It's packed with real-world guns and attachments for said guns. You have a drone that you can use to mark targets. Your character isn't particularly resilient, so stealth is a smart way to proceed. But it's also an open-world where you're driving cars from point A to point B, filling the map full of the same small set of side quests as you go, and the whole thing feels more like a plain, multiplayer-focused take on the Far Cry formula. The open world doesn't feel fun to navigate, since huge mountains lead to a lot of slow roads that swerve and bend around to let you slowly make your way up to the top. This also means that driving over the edge might set you back quite a bit, inspiring safe driving... always a thrill in an open-world game. You're usually better off stealing a chopper and parachuting onto your destination.

The act of clearing out a region is more or less the same from start to finish. You get to a region, get a quick video about what role that region plays in the cartel's operation, then your map gets a few "major intel" folders on it. Each folder unlocks one of the area's first few missions, though once you've completed a couple of those and start getting closer to drawing out the boss of an area, the missions start chaining together. You'll also find minor intel along the way, and this fills up the map with side activities. The catch is that each region has the same set of side activities, so you'll be offered way too many opportunities to defend a radio transmitter, hack a computer, tag supplies, and so on. By the second region, the game already feels overly repetitive. Again, this is something that the story could have helped with, since there's a colorful cast of characters hinted at along the way. But few of the region boss missions pay off.

So that leaves us with, again, a pretty standard open-world game. It's not bad. The shooting feels fine and there's a decent variety of weapons, though considering how easily players are dropped by enemy fire, short range weapons like shotguns and SMGs feel like more risk than reward. Alone, this leads to a slow-moving game where you might just use the drone to mark targets and let your AI crew quietly gun down one base after another. It gets a little monotonous, but at the same time there's something neat about the "tactical" approach to enemy management feeling so, so overpowered against a bunch of ragtag cartel idiots. The catch is that the game doesn't ever get more difficult, so you can trudge through the vast majority of the game this way. I decided to play a lot of the game this way, which is a good way to have a low amount of fun while checking off missions and stacking up skill points and levels. Some of those skills made the multiplayer more enjoyable in turn.

The multiplayer feels rough because your character isn't resilient at all, so having three way-too-murderous AI companions with you almost feels like cheating. Multiplayer takes those companions away from you and replaces them with human players. Though the game gives you some ways to direct players to the same objective, like fast travel and map marking, the in-game communication tools aren't especially effective. Jumping into random games felt like four players off doing their own things at times, though without the benefit of having your AI crew along as backup. Bring together an agreeable bunch of players that you might like to communicate with, and the game ends up being more enjoyable... though some of that is almost certainly due to the idea that playing anything with friends leads to a better time. The game itself still feels a little flat, but since you're going to be shooting enemies and shooting the shit with your friends, you'll probably just skip the boring cutscenes and get on with it. Rolling around the map, plowing through missions together is actually a pretty decent time. The stakes feel a little higher, since you can't fall back on your invincible crew of murderers whenever things go wrong. And unlike your AI friends, your real-life friends can mess up and break stealth. The game feels little short on weird, open-world hijinks, but if you like taking over Far Cry-like outposts with a team of friends... well, that's pretty much this entire game.

Wildlands looks fine, though in reviewing the game on a PlayStation 4 Pro, there seem to be a few too many instances of textures, foliage, and other world details just popping back and forth between different levels of quality, which is distracting. The character models don't look great, but the game does generate some nice-looking vistas and it has good lighting to back that up. The audio is a real low point. The radio is repetitive and lame and the chatter from your four-person team sounds like someone forgot to replace it with the "real" voicework. A bunch of weak reads on ridiculous lines is funny at first, but the millionth time your shooter just calmly utters "shitballs" because you're getting shot at might be enough for you to just turn the whole game down. A better script would've gone a long way.

Ultimately, that's Wildlands' main issue. There's a pretty decent core to it, but everything from the monotonous mission design to the way the characters are introduced and immediately discarded to the lame audio to the overpowered AI just chips away at different parts of the game until you're left with a game that's probably only enjoyable if you're playing with friends and ignoring large parts of the world building and lore. If "shoot first, ask nothing later" is your style, you'll probably have a pretty good time. It's a dumb game with decent combat and effective co-op. But the game isn't good enough to recommend to anyone in any other situation. If you like playing alone, I'd recommend you look somewhere else. 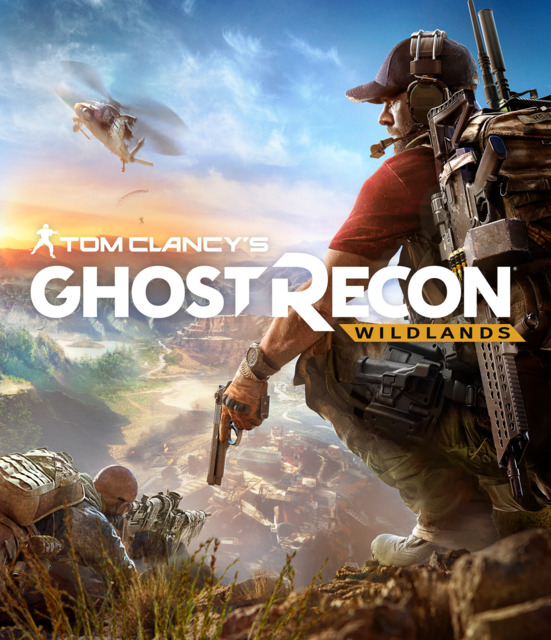