by Brad Shoemaker on February 28, 2013
Share:TwitterFacebookReddit

If the goal of the "reboot" is to free a creaky old franchise of its baggage, strip its protagonist of their larger-than-life attributes, and get back to basics, then consider the new Tomb Raider a successful reboot. The game relieves Lara Croft of her backflipping, wisecracking ways, recasting her as a wide-eyed young archeologist of no particular good breeding, out on a commissioned ship to make her mark on the world by finding--and shooting a reality TV series around--the lost island kingdom of Yamatai. The harrowing survival tale that commences once she arrives on the island molds Lara into a shockingly capable killer a little faster than I would have liked, but ultimately this origin story serves as a sturdier and more respectable springboard for further Lara Croft adventures than any previous game in the series.

Lara makes her way to the island with a band of researchers and television types in tow, and after the shipwreck scatters them all around the island, the game does a fair job, with voiceovers and flashbacks, of having you cross paths with each crew member and filling in the ways each one relates to Lara and how they may have helped or hindered her journey. The game is less successful at believably depicting Lara's own transition from eager young scientist to cold-blooded survivalist killing machine. The hasty remorse she offers when first hunting a deer for food or making her first human kill, in defense against the crazed cultists who rule the island, is hard to take seriously when you're then encouraged to slaughter every living thing in sight, human and animal alike, with a stock-standard video game arsenal of assault rifle, shotgun, grenade launcher, and flame-tipped arrows.

In its efforts to paint Lara as a vulnerable but resilient heroine, the game suffers an identity crisis of sorts. It swings wildly between quiet character moments, where you feel every bit of the physical pain and emotional anguish her grueling situation entails, and the sort of ludicrous, over-the-top action this medium just can't get enough of. The contrast is only so irksome because the game goes to such great lengths to legitimize Lara's struggle in the first place, but regardless, it sometimes feels like a constant process of two steps forward, one step back. Here's one egregious example. In an early cutscene, Lara visibly shivers by a campfire at night in a forest somewhere around sea level. Two hours later, you're high up in the mountains in near-blizzard conditions, making absurd death-defying leaps between radio towers wearing nothing but a tank top (and by this time you've clearly gotten over that earlier compunction about taking a human life, since you're now taking scores of them as a matter of course). To the story's credit, once Lara becomes visibly fed up with everything the bad guys are putting her through, and starts flinging back harsh words as readily as bullets, it became a lot easier to buy into her character arc, and the game ultimately does leave Lara a changed person who could believably kick off a whole new franchise. But in the first half, that strained dichotomy between beset young girl and invincible killer made me wish the developers had picked one style of characterization or the other and really focused on it.

Storytelling quibbles aside, Tomb Raider plays quite well by modern action standards. The game offers an unusual structure that straddles the line between a couple of distinctive genres, though it took me some time to come to grips with what the game actually is. That's because the big island map--split into little subsections with names like "Coastal Forest" and "Base Approach," each with an exhaustive lists of challenges and collectibles--gives one the impression of an open-world game with a fair amount of freedom to dally and explore. (Some of the game's marketing has not exactly dispelled this notion.) In actuality, Tomb Raider is a mostly linear game whose story propels you through those discrete regions one after the other, often with some sort of larger-than-life action sequence bridging the transition. Many of the game's combat sequences are also rigidly linear, though a few (which not coincidentally were my favorite) take place in wider areas and let you sneak around and get more creative with the ways you approach them. At least you're free to fast travel back to previous areas to check off all those collectibles and earn extra upgrade points after the fact, though.

In addition to revisiting previously explored regions at will to look for shiny baubles, you'll also come back to some of the larger levels for a second or occasionally even third time at the behest of the story. Thankfully, the mandatory backtracking avoids feeling like a cheap rehash and instead helps create a cohesive sense of place, since the designers usually have you reenter these areas from a different, previously inaccessible point, and then go on to send you along a different route than you took the first time. There are also new things for you to look for when you backtrack, since the game doles out new gear and abilities consistently over the course of the story, like a rope-arrow you can fire to make a bridge across chasms, that lets you get into new parts of the levels you couldn't get to previously. This system isn't as integral to the flow of the game as in your average Metroidvania--you're often only gaining access to more collectibles or some very brief "optional tombs" to raid--but it's still satisfying to wring a bit more out of the game world as you move back and forth.

Parts of Tomb Raider--potentially too many parts, depending on your taste--come off as the developers doing their best Uncharted impression, as you Quick Time Event your way through a large number of barely interactive action sequences that have everything around you exploding in a hail of splinters and fire that magically leaves you without a scratch. Actually, no, Lara comes out with plenty of visible scratches--the game pulls the effective trick of distressing her clothes and appearance more and more as the game goes on, a la Arkham Asylum. But you never once feel like she's in true danger, which can make the whole thing feel a bit like it's just going through the cinematic-action-game motions. I wish less time and effort had been devoted to these bombastic scenes and more put into the old Tomb Raider standby of climbing around on old ruins, giving you the chance to feel a more tactile connection to the mystical past that forms the backbone of this game's storyline. Those combat-free optional tombs are the closest you get to solving any ancient Rube Goldberg machines, but they're insultingly short--I bet the handful included here constitute no more than half an hour of gameplay, collectively--and largely just made me wish there were a lot more of them included.

If you're going to spend a lot of time fighting, at least the combat and attendant character-progression mechanics are implemented well, giving you a ton of options as to which weapons you want to enhance with better basic stats and a few interesting extra abilities, and which extra combat maneuvers, such as an array of dodge-counters, you want to unlock. There's a long list of extra abilities not related to combat, as well, including an enhancement to your show-me-everything-I-can-interact-with vision mode that reveals those scores of collectibles through walls, and annotates them on your map in a really smart way. If you're the type of person who enjoys going back and collecting every last thing, you'll get a whole lot of mileage out of Tomb Raider. But even if you're a one-and-done sort of player, the game is still quite long and doesn't exactly skimp on content in the first place.

There's also a reasonably full-featured multiplayer mode, but I didn't get much out of it since it's so similar to other third-person multiplayer modes, most notably the one in the Uncharted games. There's a fully realized leveling and loadout system that gives you tons of options for customizing the way you play, but this long after Call of Duty 4 it's just hard to get excited about that sort of thing anymore. The most interesting part of the multiplayer is the handful of traps, like rope snares and lightning rods, you can set to trip up other players when they unwittingly run over them, but that's small comfort when you've seen most of this stuff before. The multiplayer in the 360 version also suffered from an absolutely abysmal frame rate when firing while zoomed in, but that's such a specific problem I'd like to believe it will promptly be addressed with a patch. In single-player, the 360 game is quite a looker, though it does tend to chop up a bit here and there. We weren't provided PS3 or PC copies of the game prior to release, but with Nixxes, the studio behind the PC port of Deus Ex: Human Revolution, also handling porting duties on this game, it's easy to imagine the PC version will be the one to get.

Tomb Raider might be guilty of trying to do too many things at once, but the relative quality of each one of those individual things is high enough that the whole is still pretty satisfying. The game deftly rises above the unpleasant tone of the marketing that preceded it, recasting Lara Croft as a capable young heroine for whom many new adventures inevitably await. 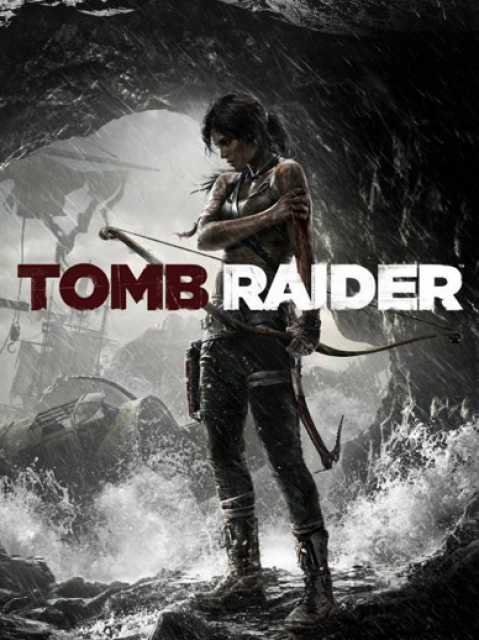