Deck 13's semi-mecha souls-like is way better than you thought.

The Surge is exactly what it promised to be: a science fiction take on the Dark Souls-like trend of weighty third person action games inspired by the oddball dystopia of Rise of the Robots. The science fiction of The Surge is, at first, startlingly real with shocking near-future human exploitation set alongside monstrous machine-dominated production lines. What starts off as a clever Philip K Dick inspired tale of the deceived worker duped and then trashed as a defect slowly dissolves into something too close to a B-movie that takes major plot points from The Terminator (minus the actual Terminator). From there the nanotechnology takes over and the game too briefly rushes through some very compelling sci-fi developments before collapsing into the final boss fight. While the story is spelled out for you along the way it remains cryptic throughout, retaining the Hidetaka Miyazaki influenced atmospheric storytelling feel even though about fifty percent of the narrative comes from audio logs that are superfluous to the main characters interactions.

You're a guy named Warren, who is ultimately a nobody without any extensive ties to family or friends who also happens to be wheelchair bound. I had already seen a popular Twitch streamer (LobosJr) go through the introduction to the game so I knew what happened once you got off the train and proceeded to registration to start your new job at the CREO Corporation. I chose the class that focused on Agility (Field Technician) because this game is made by Deck 13, best known for the sluggish, momentum-based combat of high fantasy Dark Souls-like Lords of the Fallen. I wasn’t about to pick the Heavy Operator class and slog my way through the game as a tank; this sort of decision can greatly alter your enjoyment of this style of game. But hey don’t worry if you chose a 'class' you didn’t like, the only determination of class is in the set of rig armor that you choose. Don’t like your set? Repeatedly cut off targeted arms, legs, body and heads of enemies and you’ll get diagrams and crafting materials for different sets of armor throughout the game. You’re basically forced to become a mech after being drilled into a ‘rig’ frame without anesthesia immediately following your choice in picking a class and starting weapon. I chose a staff and loved it. It felt a lot like my first playthrough of Dark Souls with halberd weapons.

Combat is all about dodge timing when using the Field Technician armor; as in Bloodborne predictive action and spacing outside of enemy range is the key to survival making agile movement speed and conservative attacks necessary. Luckily the combat and movement in The Surge is not entirely momentum based despite the importance of dash attacks. Enemy AI is never so complicated and unpredictable, much like human type enemies in Nioh you'll quickly get a feeling for the 'tells' of their aggression and simply dash away when the get ready to hit. Plus if you played through Lords of the Fallen they've re-used a lot of enemy animations you'll likely recognize especially for larger armored enemies. The key to success is watching for combo animations while targeting their weak points early and staggering them with combos of your own.

The majority of this game is spent in CREO production facilities where you’ll fight three things: Drones, humans in rigs, and robot workers. Oh, I didn’t even mention you get your own utility drone with several abilities that unlock doors, shield you, shoot enemies etc. while using your energy gauge (which builds up with successive hits to enemies). Later you’ll fight security forces, hazard workers, larger robots and eventually you’ll face what are literally just Terminators with cyber-clubs. As the science fiction of the story line progresses you’ll also face nanotechnology enhanced cyborgs and that are essentially humanoid aliens within swirls of creative special effects. Deck 13 were incredibly smart to focus on level/world design and a well communicated visual infrastructure rather than enemy variety. The result is a cohesive set of looping interconnected paths that allow for a sense of exploration but also memorization by virtue of smaller levels with multiple clever shortcuts. The halls and corridors of CREO generally make sense and the gratification of discovering new paths and shortcuts is only really matched by the first Dark Souls game. Yes, you're in a labyrinth but you'll never feel like it is such a maze that you're lost and hitting dead ends. Most of the time you're given 2-3 paths and one of the choices is typically a shortcut or an Overcharge point that unlocks other shortcuts or the path forward. Exploration is a huge part of the fun of The Surge, I loved going back to areas to search for things I'd missed or could access once I’d raised my power level to overcharge a locked door. I will say that the tight corridors of the CREO facility do sometimes feel claustrophobic and you're forced into many enemy encounters when you can't just run through every part of the game unlike a lot of Souls-like games.

With only a few upgrades to your rig within the world and generally minor stat boosts coming from armor you’d think you could just level up your rig’s power level to 80+ and dominate the fuck out of every last screaming cyborg you see; Yet the ingenious loop of The Surge’s exploration heavy gameplay lies in implants. Implants offer HP boosts that scale with power level, increased stamina and charge (for limb severing and special drone abilities), healing item charges, increased tech scrap (rig power level + upgrade currency) drops and more. Sure, the number of implants you can equip is initially kind of crap but by the time you’re level 75 you’ll be able to equip up to twelve implants and really feel powerful. Of course hey, that is if you’re the kind of gamer who loves to run around searching for items while killing all of the optional enemies and taking on side quests.

The exploration and level design won’t mean much to you if you don’t enjoy this kind of combat. I’m a special case here where I’ve spent over two hundred hours with every Dark Souls game and even more on Nioh this year. The Surge is absolutely that type of game but with fairly reduced RPG elements and combat that relies on targeting enemy weak areas and avoiding stun-locking combos. Battering the blue-outlined body parts of enemies repeatedly will stun them and allow for massive combos but if you get greedy they’ll hit back harder and kill you in less than three hits. Using the Staff style of weapons allowed me to be fast and heavy hitting at decent range but the game’s systems only reward sticking to a single weapon type and in turn discourage experimentation. Not only does damage scale with weapon type familiarity but so do most weapons, as a result it makes sense to stick with only one type of weapon for the entire game. Enemies, especially robots, hit incredibly hard and even the toughest armor won’t cut it against robot laser attacks. You’ll need the bash-and-dash around certain robots for several minutes if they don’t have discernible weak points as the game reaches its endpoint. The takeaway here is that you’ll need to grind enemies for resources (about 1-3 hours total) and cut off tons of body parts because upgrading armor and weapons is vital for staying alive in the mayhemic corporate dystopia of the Surge.

Looking back at the events of the game I felt like the initially compelling inquiry of “What is happening? I must find out...” and the details within my investigations weren’t as profound or compelling as the big picture. I’d thought the language of the game was meant to equivocate an oppressed workers complaint and the long, rough journey through bureaucratic hell in reaching a fundamentally flawed and evil executive board. By the time your complaint is received CREO disfigures, maims, kills, pollutes, vivisects, and lies to its workers through defective oversight. The allegory is powerful and it almost seems to point at the encroaching dehumanization of populations worldwide for the sake of maximum corporate profitability. I know I’m stretching a bit here as the conclusion of the game does explain things more clearly in terms of its science fiction but my take on Warren’s journey will stick with me nonetheless. The truth of the ending is that the creators, and their conspirators in corruption, are either killed by their ‘Frankenstein’ or commit suicide knowing they’ve doomed the world with thier greed and could never live in it. But there are multiple endings possible, at least two, and mine was dependent on a few choices I’d made towards the end.

I hope fans of third person action games and this type of brutal combat don’t overlook this game. It’s charm drools out in torrents as you progress through hard fought areas and there is no shame in playing the game on an easy difficulty. You’re alone in this world. Combat is weighty and satisfying and using a staff paired with fast dodging reminded me a fair bit of Bloodborne. Movement feels snappy enough compared to Lords of the Fallen and it was nice to play an action RPG that wasn’t bogged down by too many systems outside of suit and weapon upgrading.

I have to say I’m not at all surprised that I enjoyed this game but it surpassed my expectations in terms of combat and exploration. My complaints are very few after completing the game in less than 30 hours: It could have used at least one more key area to visit (note: DLC is coming soon), the NPC interaction isn’t compelling and I didn’t understand the hologram woman’s role in terms of what happened in the executive board room. Because she’d been our narrative device it was odd for her to cryptically disappear once the launch had been set. The Surge has depth and brevity enough that I felt spared from tedium, which I am thankful for, but also teased into wanting more. I will definitely be exploring New Game+ features and tinkering with achievements and the theme park DLC when it is released. It might not have the legs of Nioh or the setting of Dark Souls but it earns easy mention in the same breath as both.

Other reviews for The Surge (PlayStation 4)

A decent take on what now became a genre 0

The Surge is a souls-like game, set in a futuristic world where kind of an apocalipse happened. In a sense of a mega corporation that produces robots couldn't handle their sh*t, making machines and ciborgs go crazy. It's a very interesting setting, and it's very well done, the game has a great start to it, in my opinion, but it takes too long to pick up the interesting parts in the middle/end. The game has Metroidvania elements and doesn't tell you exactly what to do or where to go next, kind of... 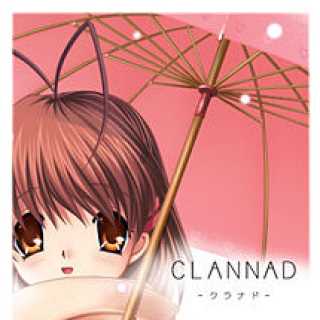 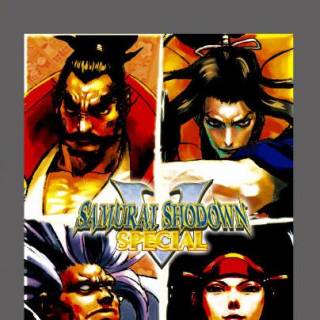 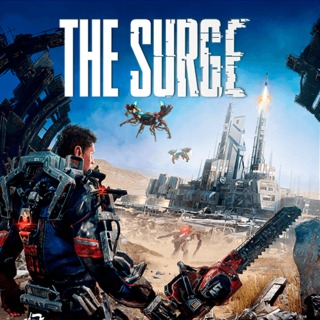 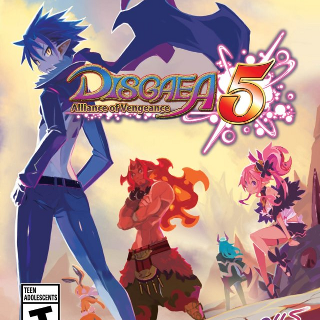 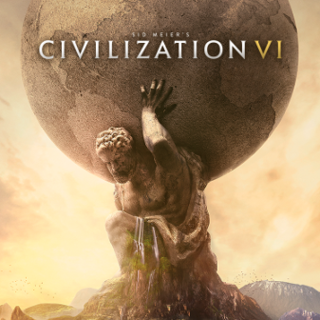