by Marino - Brad Lynch on May 5, 2019
Share:TwitterFacebookReddit

Hello and welcome to the latest edition of the Giant Bomb Community Spotlight and I, @zombiepie, am honored to be your host this week! Who would have guessed that the most talked about topic this week would only be tangentially related to video games? By far, the community discussion about the trailer for the Sonic The Hedgehog film was a major talking point for a solid three days! Now, with the announcement the film will be edited based on fan feedback, I suspect the discussion about the film will continue. As Alex put it on Twitter, the Sonic film needing its animation staff to work around the clock makes it the "most authentic" video game movie of all-time. All joshing aside, let's jump into the latest edition of the Community Spotlight!

Like many other Giant Bomb users, Fobwashed was excited for Giant Bomb East's upcoming new video series. As such, when Vinny shared some banners for the feature, Fobwashed made a few edits to one to make it "better."

Here's a fun sketch from Twitter user ChunkB_42 they made after watching Giant Bomb East's American Truck Simulator Playdate from last week. I think we can all agree their work hit it out of the park!

Our community PC Warframe clan provides a video update on the fun they had with the recent Nightwave challenges! Give it a watch and join the fun next time if you can!

Here's a blast from the past that's fun to look back on, but someone on YouTube tracked down Giant Bomb's original reaction to Fortnite's reveal trailer... from 2011.

The staff seem to be having a fun time with Media Molecule's Dreams, and we now have a Giant Bomb Community Group for the game! Learn all about it using the link below!

Here's a really fun community group I hope more people can join: the Giant Bomb Community Woodworking Club! Even if you are a total newcomer, get some tips on how to start by joining the group RIGHT NOW!

It's a new month and that means BlackLagoon is back with a convenient list of every game that launched on the PlayStation Vita! Give it a read and be AMAZED by the games still coming out for the handheld!

Giant Bomb user MajorMitch uses their latest blog to look back on Super Smash Bros. Melee, its original appeal, and discusses if it deserves its reputation of being a "timeless classic."

Splitting The Difference: Part 2 (By: @pistonhyundai)

PistonHyundai returns to blogging with an exhaustive write-up on the forums on why they played Earthworm Jim, The Neverhood, and MDK in 2019! Read all about their tour of reto games both good and bad.

May Millennials 1: Star Wars: Knights of the Old Republic II: The Sith Lords (Intro) & Indie Game of the Week 118: Chaos on Deponia (By: @mento)

As is the case, Mento has a couple of blog worth reading this week! First, they are starting a new series where they chronicle their journey through Star Wars: Knights of the Old Republic II: The Sith Lords! Here's their first episode, and read all about the game's rocky first impression!. Second, Mento played Chaos on Deponia for their latest "Indie Game of the Week" blog! Give it a read, and find out why "competent" is a good way to describe the overall game.

Last month Redhotchilimist reviewed the Ratchet & Clank Trilogy. This month, they reviewed the standalone HD remaster of Ratchet Gladiator (aka Ratchet Deadlocked). Read all about the jank that plagued their time with the game.

So... the trailer for the Sonic the Hedgehog film went live recently and the internet seems to be talking about it. Here's a link to our community discussion about everything in the trailer. Also, what do you make of the recent announcement they plan to change the original design for Sonic?

Alright, if you want to discuss Game of Thrones spoilers without penalty, here's our official spoiler discussion thread. If you post unmarked spoilers anywhere else, your account will face moderated.

Should You Buy The Switch Version Of Mortal Kombat 11? (By: @ichthy)

Here's our community discussion debating the viability of the Switch version of Mortal Kombat 11. Whether you feel like it's an unplayable mess or a fun time, join our discussion.

Have any of you picked up a copy of Days Gone? If you have, feel free to share your impressions of the game in our community discussion thread. Are you enjoying the game's story and mission structure?

Valve recently announced their VR headset, the Index! How do you feel about the base package and its $1,000 price point? Use the link above to join our community discussion!

The internet is still buzzing about the news of Epic buying Psyonix, the developer of Rocket League. Join our community discussion about the purchase, and what it means to consumers and the industry using the link!

What is your reaction to the news that Dragon Age 4 is BioWare's next big focus? Is this a step in the right direction for the studio? What does this announcement mean for Anthem?

"This Is How They Get Away With It:" Former NetherRealm Studios Contract Devs Reveal a Troubling Studio Culture(By: HAZ)

USGamer recently published an article shedding light on NetherRealm Studios' use of "crunch" during Mortal Kombat 11's development. Join our community discussion about the article's findings.

Games You Like To Play Just To Explore The World To Relax? (By: @ntm)

Here's a fun discussion thread on the forums: what are some games where you can relax as you explore its world? Which open-world environments allow you to chill after a hard day?

If you are interested in discussing everything about Borderlands 3 from this week, whether it's the trailer or Tweets storm, feel free to join our community discussion the good and bad news surrounding the game this week.

If you play Star Citizen, here's a link to our discussion thread for the 3.6 Alpha! How do you think the game is shaping up? Share your thoughts using the link above!

Many thanks to Rejizzle for creating what I can only describe is the "funniest" user-created list on Giant Bomb from this year! On this list, they rank countries by how many Ubisoft studios they have! 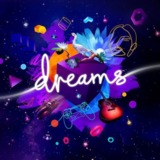 The nebulous and long-awaited spiritual successor to LittleBigPlanet by Media Molecule, focusing once again on user-generated content.