Despite having killed off many a beloved series, I do have some shred of sympathy for Konami. As having finished Death Stranding I too would be wary of funding/enabling such a man so seemingly convinced of his own genius. His credit sequences seem more like odes to his own glory these days, with his entourage of celebrity pals to help cement his rock star status within the industry. Yet it’s not without some merit; he may produce pretentious nonsense, but Metal Gear Solid was compelling nonsense and its gameplay chops only improved as time went on.

So having the freedom now to do his own thing we have Death Stranding, a game that you might imagine had Solid Snake given up his day job to work for a post apocalyptic postal service/broadband provider. The story has our protagonist Sam tasked with helping to rebuild the US all the while dealing with the now very real ghosts of the dead. All of which is a simplification of course, but going in as blind as possible is the best advice I can give as experiencing things fresh makes the incredulity/wonder all the more impactful.

But for as much as Hideo Kojima may fancy himself as a modern day kubrickian auteur, the closer comparison I would make is that of David Cage. Both produce games of incredible technical craft yet grossly overestimate their abilities as storytellers. But whilst Kojima is more imaginative, he is incapable of sparing us his gruelling homework. His references to various real world ideas and phenomena are so leaden and inelegant yet he expends great effort in dragging us through them with excruciatingly prolonged exposition after excruciatingly prolonged exposition. Never before has someone been in so dire need of an editor and it highlights both his and Death Stranding’s preponderance to have characters simply stand around and explain the plot to one another.

This isn’t good storytelling. Exposition is supposed to be intricately weaved within the fabric of the story, not the primary device by which to tell it. Characters are prevented from any sort of natural development as they have their arcs explained to you at length. We are given no subtext, nothing is left unsaid, a sure sign that the writer either has no faith in the audience or simply believes them to be as stupid as they are. The big reveals are obvious and telegraphed with all the deftness and subtlety of an elephant in ice-skates. Let’s also not mention the bizarre/god-awful naming conventions and Kojima’s... ’complicated’ relationship with women.

However, in between all the empty melodrama, clunky lines and flatulent pontificating there are brief moments where the story manages to marry its ambitions with some affecting execution. This invariably occurs where actual relationships are involved and where events have built up to the moment in question, helped a great deal by a cast doing their level best with material that often doesn’t deserve such commitment.

It also helps that there is no shortage of style or cinematic flair. Death Stranding looks fantastic, and for all its narrative privations it does know where to point the camera at least. As with Quantic Dream, few developers are as impressive with their production values and some of what’s on show is really quite astonishing. The facial capture especially is some of the best I’ve ever seen, capturing a wide range of emotions at a level I would have never thought possible back when I was younger with my Atari 7800 and Master System.

As for the gameplay, it’s relatively straightforward at its core. You must take items from location A to location B, making sure not to damage them whilst navigating the vast wilderness and its many obstacles, living, dead or inanimate. As you progress and reach more locations you open up the ability to access various tools, weapons and vehicles to help you.

It feels a lot like MGS5 in its movement but with a number of mechanics layered on top to give a bit of focus on its courier theme. You have to factor in the weight and size of your cargo and how it affects your balance. Carry too much and you lose it easily, carry too little and the potential reward will be smaller. The condition of your cargo is also paramount so much is made of how you plan your route and equip yourself-- will you go over that mountain directly and risk the climb, or would a longer but flat side path be more prudent? It’s a neat idea, and takes the idea of the walking simulator to its logical next step as a genre. Taking guns and tools can be very useful, but they also take up personal real estate so consideration has to be given about what you want to carry and what you are physically able to.

The landscape itself presents its own problems also; rain damages items and their containers, as does snow, the invisible dead will stalk you and various roving gangs of thugs will try to murder you and steal your cargo. Your boots will lose durability, and you have to manage stamina and your blood levels/health, which, and this is one of my favourite ideas, can be used as ammo.

I liked it; the experience, despite its busy UI and menus, has a wonderful sense of journey and adventure to it. Hiking over rocky mountains and through lush valleys, through snow and rain, it speaks to my love of travel and makes long trips to new places feel satisfying and rewarding when your cargo gets there safely. The landscape, curiously based off Iceland rather than America itself, is very beautiful and suitably big, yet best not to think about it in terms of scale with the US proper.

Unfortunately, due to various missions and side jobs, there is a fair degree of backtracking involved which leeches a lot of the game’s appeal. Going somewhere new is fun, going over the same ground isn’t so much, and with the story being well over 30 hours long the magic was wearing pretty thin by the end. To its credit you get a decent variety of cargo to heft and some spectacular enemy encounters, but there is a definite sense of a game being padded out for no real benefit. Epic, my dear Hideo, does not mean long.

Another major feature is the game’s approach to online interactions. Throughout the world you can build various structures like bridges to cross rivers and ravines, watchtowers to scan the area and even shelters to rest in. These have to be constructed from a number of materials and you can work with other players to construct them. Roads especially require large amounts of resources which one person alone could not hope to carry. It’s thematically consistent with the game’s obsession around connections yet it’s also an innovative way of getting people to collaborate naturally for everyone’s benefit as these constructions are available to everyone connected and can make a troublesome journey all the more comfortable.

I certainly cannot accuse Kojima Productions of not taking risks. Sure, open world games are pretty oversubscribed as a genre yet there is nothing out there quite like it. Death Stranding is what very few AAA games are, genuinely innovative and the product of one’s imagination rather than simple fiduciary interests. It’s flawed; it has all the problems an overblown vanity project might have with its sometimes unsettling window into one man’s psychopathology, yet it’s compelling, something you have to see to the end, if only out of morbid fascination that someone allegedly sane thought it was a good idea.

Other reviews for Death Stranding (PlayStation 4)

Death Stranding is Kojima's life explained through an overly complicated walking sim/ delivery/ strand game. The long walking routes and horrible combat (seriously the combat is bad if you wanted MGS style combat look elsewhere) make a lot of this game very boring. That being said the sense of discovery is just as good, maybe even better than Breath of the Wild; coming over a cliff to find a valley leading to your delivery site while the music swells is one of the best video game moments in all ...

Kojima's first post-Konami project is a bizarre, self-indulgent mess that never quite manages to tie its myriad pieces together. 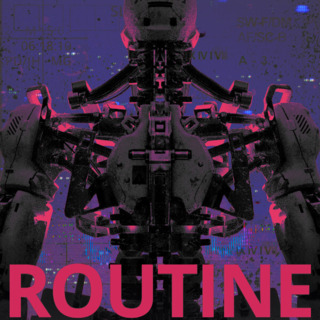 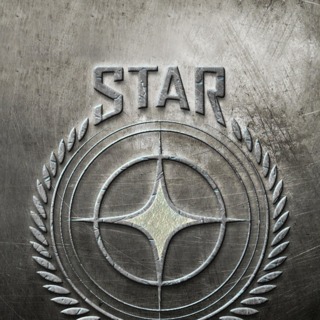