If I were to make a list of great things in this world…other than the obvious…Perez Hilton, milk chocolate, and Cody from Step by Step…Star Wars, legos, and video games would definitely be included on that list. Each one of those three things by themselves are amazing…but somewhere in this crazy world of ours some genius of a man said one day, “you know what would be the number 1 most uber awesomist thing in the entire history of the world to do?” To which his less inspired friend said “cure cancer, somehow end all war and suffering?” “No, that’s boring” laughed the genius man at his uncool buddy, “create a video game unlike none before it, a video game of epic proportions, a video game using legos from a long time ago, in a galaxy far far away….”

And thus, Lego Star Wars: The Video Game, was born.

Being a huge Star Wars fans since I first saw the trilogy played on TV when I was probably around 10 years old, I had to endure a great deal of despair when the new trilogy was released into theaters and was forced to watch all things I loved about the franchise flushed down the toilet by jar jar binks and hayden christensen….. But, the world works in mysterious and wonderful ways, and just when I thought all hope was lost, a little lego video game came along that restored my faith in humankind and love of all things Star Wars.

All the classic villains and heroes have been transformed into lovable little lego people. Actually, pretty much everything from the movies has been constructed into lego blocks…vehicles, tables, walls, spaceships, flower pots, those adorable yet strangely creepy in a Gremlin-esque type of way ewoks, you name it…it’s now a lego. And the best part is that everything shatters into traditional lego components when hit with a blaster gun, lightsaber, or the force. The whole game pretty much revolves around manipulating the lego pieces around you as your characters move through the boards. Something blocking the way? Just blast it apart or use the force to move the blocks. Big hole in your path? Reform that wall over there into a bridge. Want revenge on those annoying little Jawas? Use the force-choke to break them into tiny lego pieces, steal their wallets, maybe buy some dinner and 3000 dollars worth of crack with their credit cards, and then go home to tend your piñata garden and continue to wait for that damn chippopotomas to come inside a (I spent a good hour and a half of my life making my garden 60% water for you dude, why do you effin have to tease me by arrogantly walking around the periph and never coming in to enjoy my garden awesomeness?!)…O wait, that’s a different game.

Now you may be thinking…legos? What am I, six? Don’t let the idea of a video game based on a child’s toy deceive you, this game feels like Star Wars through and through. Depending on what of the two games you are playing (one game is based on the original trilogy, the other on the new trilogy) you either start in mos eisley cantina as R2D2 and threepio, or in dexters diner as young obi won and qui-gon jinn . Without spending the better part of my night explaining to you the whole gameplay, pretty much what you do is play through 6 important and memorable parts of each of the 6 episodes, collecting more characters, ships, and abilities to use along the way. For example, in the movies, luke skywalker is not introduced until Episode VI and thus you cannot use him in the game until you reach the specific level in that episode that corresponds to the part of the movie where he is introduced. And obbbbvvviously only jedis and some siths can use the force. Cmon, how retarded would that be to see Jar Jar running around using the force to make flowers grow and laughing annoyingly about how he ruined episode I…god I hate him.

Once you complete the game on story mode you can go back and play all the boards again with any character, even switching characters within each board at will. I’ll tell you, nothings sweeter than watching princess leia and darth maul kicking ass and taking names in the clone wars (fyi, this is extra cool because those characters were never alive at the same time period nor fought in the clone wars, duuuhhh). You can also go back and work on the extra missions, like collecting what are called mini kits which build new ships and vehicles, working for jabba the hut as a bounty hunter, and unlocking secret new rooms that for some reason usually involve stormtroppers, speedos, and hot tubs….no lie.

Another cool aspect about this game…you can’t lose. Literally, there is no game over. If you die you simply just break into lego bits, loose some lego money, and regenerate. So pretty much you can play for hours and hours and never have to worry about starting over due to accidentally falling out of the window of the millennium falcon after a rowdy game of “guess what, we’re related!” Even if your name is Sucky Suckface McSucksalot from Suckstawaga, there is no way you can really loose at this game. The two player mode can be a small bit annoying due to the fact that there are no split screens so both players have to both have the same idea on what direction you want to go and what you want to do (to note, don’t ever play this game with TommyB or you will want to punch yourself in the eye with frustration). But whenever the second player wants to drop out and go smoke that crack he bought earlier, the game doesn’t skip a beat; you can continue on playing like there’s no tomorrow.

What’s more is that there are hilarious little lego movie clips between game play of the lego characters parodying various key parts of all the movies.

Sadly I have played almost twice through both of the games and even the recently released Complete Saga edition (all 6 episodes in one game). Don’t fret though, in May or June Lego Indiana Jones will be released and sometime possibly next year we get Lego Batman. Neither of which will be nearly as wonderfully amazing as the Star Wars games, but, I’m pretty sure making anything into cartoon lego characters automatically puts it on the list of coolest games ever. Now I can only dream for Lego Lord of the Rings, or Lego Back to the Future….

And those of you who have never seen a Star Wars movie….I don’t even know how you can look at yourself in the mirror without doubling over in a sobbing fit of regret over how you wasted your life…you sicken me. There’s nothing for you here. Just leave. These are not the droids you are looking for….

Other reviews for LEGO Star Wars: The Complete Saga (Xbox 360)

Lego Star Wars and Lego Star Wars 2: The Original Trilogy were both successful Traveller’s Tales games that sparked a lot of interest in turning popular film franchises into lego games. Lego Star Wars: The Complete Saga is a package game that combines both of the Lego Star Wars games, and it does so in a very smooth and effective way. Lego Star Wars follows the story of all six Star Wars films and retells them using it’s charming gameplay and even more charming cutscenes. The basic story follo...

Add new review * Read the most helpful review by caddy 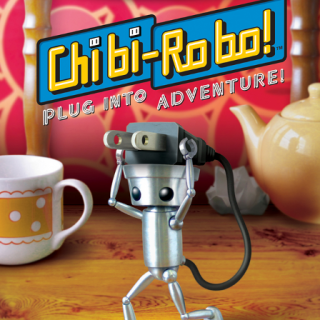 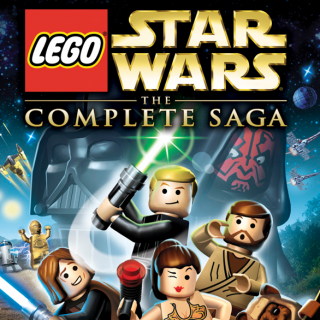 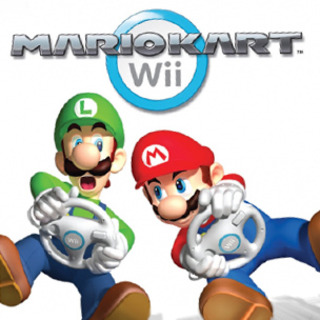