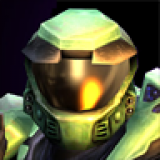 When you enter the control room, you need to stay close enough to the scientists to threaten without them thinking they can just set off the alarm. Best bet is to have the guards all dead before you threaten - but you can stand next to them and shoot hell outta anyone else who enters. They'll keep on doing their thing. Just be wary.

It's a violent game for it's time, but brilliant. I love when games have the little touches like that - not stopping as soon as you die, or the enemy gun still firing for a couple shots after you kill them. Gives a little more.

Just looking to find out if anyone may have experienced similar problems to this, but I've had a couple of achievements unlocking strangely in Arkham City. I've never had problems before, even with games with marked problems, but now I've had it. As I said, it's only a couple, but it's bloody annoying.

While playing the storyline I've unlocked (obviously) all of the storyline achievements. Earlier however I completed the game and earned the "Exit Stage Right" achievement, and while the credits were rolling I got signed out of XBL. I tried to sign back in, but instead it changed profile. By the time I signed back into my profile again it went back to the start, and I had to do the boss fight again. Then, after beating the boss, I got the "Exit Stage Right" achievement again. Now I've gone back to look at my achievements and figure out what I still have to do, to discover that I don't have the "Ghost Train" achievement, although I remember this unlocking.

Has anyone had these problems before, and if so are there any solutions to stop them happening again? And most importantly, will this put my account in jeapordy for having achievements unlocked in dodgy order?

I really can't think of any more for Hot Blooded. All I have is the god, and the Jolly Green Giant. Any further suggestions?

Hey all,
Back again with more queries. Sadly, this one is close to breaking my heart. I'm about to become a father (that's the good part), and I can't afford it. I'm unemployed, and don't have the money to feed myself, let alone buy things for a child. So, I'm going to sell my games. I'm trying to list them on a website, and I figured the best way to do it is with help with the best gaming site I know.

Basically what I want to do is list the games I have for sale, and show the box-art for the system (in most cases SNES, but also a lot of other systems). I figure the API could be used, whether it be to actually display a list created on the site, or one created and just an API call to get the box-art, but I'd need help. Is there any way to specifically state what system the image is to come from?

The best example I have is Dungeon Master. The boxart shown is for the Atari version, but I want to show the SNES one. Is there a way I can show it instead?

I'm looking for some help or suggestions to try to create a GB gamercard.  I'd like to create one which shows boxart instead of game tiles, and with links to GB pages.  I've seen a fantastic Wii GamerCard here on GB, and think it's a great thing, and would like to do similar.
The big problem I see with this, is the identification of the games.  The only way I can see to get the games is to screen-scrape the XBOX gamercard site ( such as  http://gamercard.xbox.com/en-GB/Stefan%20Leroux.card ).  However, looking at this gives 3 possible ways to get the game info. I can only see to either take the TitleId, or the alt/title values from the tile images, or to attempt to backward engineer from the tile url.
Since GB isn't allowed to replicate any of the MS data, using the TitleId would require some way to find the game, or else to use another API.  However, if using the name taken from the alt attributes, then I can foresee issues with getting the GB data again - for instance with identification of games with similar names (Sonic the Hedgehog & SONIC THE HEDGEHOG), or for ones with awkward or regional names ( Army of Two (EU) or DEADRISING2: CASEWEST).

Can anyone give me any of their thoughts on this, or point me towards anything that they have come across?  Would really appreciate any help.

OK, thats great guys.  I've got a week away while I do other work, but I'll try those steps as soon as I get back.  Thanks for the help guys. Now I need to learnt the same thing for PS3 and Wii.

I'm looking for some help regarding the 360 profiles.  I work in a small community center where we provide consoles for the members to use as they wish.  The problem with this is that the members are all kids, and keep on creating their own profiles to play about with.  What we're trying to do is create the single account for them to use, and lock it so that they can't keep creating any more new ones.  Of course we're happy enough if they want to bring their own profiles, but really would like to have just the one community profile on the system.  Can anyone advise whether this is possible or not, and how to do it?

I hate this.  Games should not be bought to get specific demos of other games.  Halo ODST was a terrible game, and people bought it for the Reach demo (I actually like ODST, but the general consensus I've found is that it bites), and Crackdown was pretty much unknown and sold much better because of the Halo 3 demo.  It ain't right.

Finally.  It's been a long time of trying, but I have managed to complete Maian SOS on Perfect Agent with auto-aim off.  Now I have to complete WAR! with no auto-aim, and then cut down my times drastically to get the Silver and Gold crowns.
The question is, how am I going to get these 2.  I appear to have only 3 minutes to get silver, but I need to cut down about an hour for Gold, and I'm not that good at the game.
Now, I'm not generally that obsessed with achieves, but PD has to be another matter.  It has been my favourite game since it's release, and I just don't see the point in not getting 100% in it.

Anyone with recommendations, I'd love to hear them, but they better be good.  I will not be using any glitches to beat levels in 6 seconds just so I can get a crown.  When it comes to that I may as well give up my title as 'Gamer' because that's not what I'll be anymore.