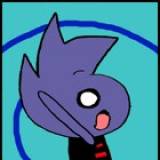 Hello, I am an Economics teacher and wanted to apply some very basic economics to this idea that video game prices NEED to increase because they haven't in 15 years.

First: Inflation has increased over the years, but real wages have NOT kept up.

"After adjusting for inflation, however, today’s average hourly wage has just about the same purchasing power it did in 1978, following a long slide in the 1980s and early 1990s and bumpy, inconsistent growth since then."

What this means is that video games are not something that people NEED, and they are very sensitive to changes in price. If gasoline suddenly jumped up in price 50% most people would be angry, but be force to purchase it because they need to get to work. The same goes for food, or anything else deemed essential or necessary. These are inelastic goods.

Video games, unlike sustenance and transportation, are goods that can be replaced or substituted (watch movies, play a board game, go to the park). Increasing their price could have the total opposite affect where it shrinks the market by pushing people out of it by charging too much.

Another example: Blu Rays cost $5 to $20, the same as DVDs did 15 years ago. Why is that the case? Because that is the price point that the market can bear.

Third: Executive salaries have ballooned over the last 20 years, while developer wages have decreased or remained stagnant.

"Using this methodology, Activision's Bobby Kotick is the most overpaid CEO in the US games industry. His salary was reported as $28,698,375 -- 306 times more than the average Activision staff member. With 92% of shareholder votes for this package, As You Sow believes this to be an excess payment of $12,835,277.

The CEOs of Activision and EA are making more than 300 times their average employees salary. This is ridiculous even by business executive standards.

Finally: Marketing budgets make up a SIGNIFICANT portion of the overall costs of video games.

Modern Warfare 2 in 2009 cost $50 million to develop, and they spent $200 million on marketing. That is FOUR TIMES the development cost of the game.

The actual development costs of the games is VERY CLOSE, but the marketing budget is doubled.

I hope this didn't come off as too manic, I am just frustrated reading comments and seeing people defend and even welcome these price hikes. I might go back and edit this, as I just typed it as things came to my mind.

To me a masterpiece has to be something that is not only great at the time, but stands the test of time. With this in mind, the only games I could really consider to be masterpieces are

Games that are excellent, but haven't been around long enough to fit into the masterpiece category would be games like

I just went and saw it for a second time. I absolutely love these movies.

In every comment section around the internet, there's always at least one guy who can look at a list of a bunch of all-star games and say none of them are of interest, lol.

As for that list, there are a couple I don't really care about, but I'm excited for most of them. there are two potential day-ones for me.

I'm not sure which game on the list would be considered an all-star game.

None of those games really stand out to me. Mass Effect and Horizon: Zero Dawn I am cautiously optimistic about. I will probably pick up Nioh and Zelda eventually, but I don't feel like there is any rush. I think Persona 5 is going to be my next buy.

I am reading Upton Sinclair's novel The Jungle.

I have to check my work email regularly throughout the day.

How much saliva do you think is in that leftover milk? Gross.

I buy everything I want impulsively throughout the year, so Black Friday consists of me just seeing everything I bought for way lower prices.

I was wondering if everyone had received their free codes for Gears 1-3 and Judgement?

I purchased the digital version of Gears 4 on Xbox One, which was supposed to give me free copies of the first 4 Gears games "in waves, throughout the first month," but have yet to receive my codes yet.

I have been having a hell of a time searching this issue online.