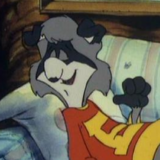 My bad on the Fate fighting games though, I scrolled through the franchise list and somehow completely missed 'em.

All good. I only knew about Fate Unlimited Code before making this list (apparently there was another one on the PSP) and I only know about that because A) a player I liked actually came from being really good in Fate to playing Mahvel 3 back in the day and B) I like trolling the Fate gacha game threads and channels with combo videos and tournament videos from the game because its "technically Fate content"

@zombiepie: Reaction #1 sounds like the same thing that's happening here: a good ol mix of internet douchebaggery, nationalist rose-tinted glasses for mythical "when times were good", and transphobia. Which, to be fair, is a venn diagram that looks almost like a single circle.

Still, I have seen quite a bit of Bridget art from Japan either through twitter searches for it, my own timeline, or through discords I'm on and I've been surprised to see quite a few Japanese creators being excited for Bridget's transition. Usually they deal with just as much support and shitbaggery as western art, though this is all going through machine translation so I have to speculate a bit.

Though there seems to be a lot of "I'm just not going to touch this and just post art without labels either way" going on. Which, fair, its nice not to put a target on your back, but its disappointing to see that's mostly the default.

Reaction #2 is not at all surprising.

With print like that, its going to be a very gradual whenever anything changes. I don't blame artists that had all these copies of their work printed, ready for Comiket, then Bridget is revealed and now all their work was outdated and now potentially offensive, but still going through with it because of the sunk cost in it all.

@franzlska @zombiepie: There are Fate fighting games, but none of them have Astolfo.

Finally, someone gives Get In The Car Loser its due.

The video for 3AM Eternal is incredible.

I always preferred the chaotic energy of "What Time is Love" 's music video myself:

@spongebat1: 1. I never said you have to follow this. This is my own opinion mainly made for my own benefit to keep track of the bullshit these companies have done. Because they don't deserve my time, energy, and brain space to keep track of this in my head.

2. As a developer myself, all I can say is this: you can choose to focus on the negative shit listed here and is constantly coming out of these companies. Or you can look at the many (mostly smaller, independent) studios that will actually treat you as a human being and help you achieve those creative visions that you have. The industry is a lot better than it ever has been: part of that includes having this shit come to light rather than it festering below the surface and being buried without the public ever knowing.

3. Get help. Don't be bringing those idle suicidal threats in here.

A day after finishing writing this list, I beat Spelunky 2.

Now for everything else that game has to offer.

@banefirelord: I personally don't know if it would even crack my Top 10 of the decade personally, but I couldn't possibly deny that it is far and away the most popular choice for Game of the Decade among pretty much every type of list I found. While Dark Souls and Mass Effect 2 were buoyed by considerations elsewhere on lists, with Breath of the Wild if you just took the #1 votes for it, it would still be in 5th place, just barely behind Witcher 3.