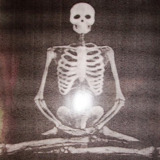 You should listen if you’ve got the ear time, 8-4 is always great.

Well damn, I wasn't interested at all because I felt Stick of Truth lost steam as I played it, but this has piqued my interest. Thanks for the well written review.

Well written and much appreciated review. Thanks

Will probably just go re-play the first game and DLC instead of bothering with this.

I really appreciate how in depth this went. Thanks.

The intro is so good

I guess my main point is we just won't know until the games come out for real. Games don't have to be pitch perfect when they launch and games as a service is a positive thing in a lot of ways but only if the devs themselves prove to be dependable. Like we can't look at something like PUBG and just say "Eh it'll proooooobably be just as good after launch right?" Just because they're rolling in dough from the streaming sensation I can't assume that the technical support from such a small studio will be consistent for this monstrous coding nightmare of a multiplayer engine. That goes double if they come out with console versions which will require quite a bit of vetting given the current limits of hardware and ISPs. This could turn into Notch all over again where Mr. -Unknown sells off this property then calls it quits, not because the game itself is particularly amazing but more because streamers turned it into a juggernaut that couldn't be stopped. I bare no ill will towards the game, its makers, or its player base. I just have seen more than enough of it to think it's not my kind of thing.

Folks haven't been tough enough on Vlambeer because they're nice folks with good intentions. I also kept waiting for Nuclear Throne to be finished as intended and it was a long wait. Cool game but I think that guy is better as a teacher and a speaker than a practician, so far. Isn't it frustrating though? To buy into a game that you have fun with and not know what it will turn into over time? I guarantee that console versions of games like PUBG will fare no better than the now "fixed" No Man's Sky. By the time the game will be complete and playable the player base will have moved on to the next big thing.

Did you write an essay about Marxism back in high school? Just the impression of you I got from this post.

I did my best to read what I could but it’s a lot and I’m short on time.

Ultimately it is not up to you what people like, are willing to pay for or put up with. It’s only up to you to decide on that stuff for yourself. That’s how capitalism works. Don’t dig it don’t pay for it. Sounds like your biggest hang up is feeling you are entitled to experience games and for those games to fit your values. You aren’t entitled to be able to afford or to have games cost what you want them to, you aren’t entitled to deciding where he market goes. You just get to represent yourself in whatever way you see fit.

I can guarantee you, each of you issues is something some portion of the market is really glad is a part of the industry now.

"I didn't read your post, but you seem Communist" ok... uh. No. Do not confuse Capitalism as "survival of the fittest", these are not the same thing and this is not the place for politics. I'm not interested. As long as you can guarantee that "some portion" of "some thing" makes "some person" happy then everything is fine right? Wut? lol

@wasabicurry: I seriously don't hate PUBG, I was being reductive to make a point towards it's actual worth compared to videogames as a whole. It is fun to play and fun to watch, but it is not an acceptable video game product and should not be sold for money. It is a Beta that has sold 10 million plus copies, there is no incentive to ever finish it. Fun or not, consumers are giving permission for garbage to continue to clutter Steam when buying unfinished 'fad' games en masse.

@sinusoidal: I'm in the same boat with the Switch. The Wii U was an expensive pile of crap that didn't prove it's worth to me. I don't mind missing a generation of Nintendo, as much as I'd like more Mario, there are plenty of great things out there to choose from and limited time to play them.

@imhungry: Don't worry, my post was an 'unfinished' first draft (early access Beta for Giant Bomb). I've updated the text and included some patch notes at the bottom of the post. Keep reading it here and there and one day, if crowd-funding allows, I'll finish it.

Nobody is tricking you, there is no grand conspiracy, there are dozens hell hundreds of resources online detailing all the issues any individual game might have. Spend your money where you like and let others do the same. I was paying a 80-100 dollars for a 3 hour games in the 80's and 90's because I was a kid and stupid. If I had even a fraction of the available resources from today that wouldn't have happened. There is no excuse to be surprised by a games length, bugs or status anymore unless you pre-order, and if you do that, it is on you.

Didn't suggest any conspiracy. And I made the same point about consumer responsibility and education in the post. Gamers buy blindly and over spend on unfinished products, this makes suck-ass games a more common occurrence.

Something I'd like to see as a sort of case study would be for a company to release a game and charge let's say $100 USD for the base game at launch. Would everybody still buy Cyberpunk 2077 for that price on day one since CD Projekt is so renowned?

You know, I paid a hundred bucks (after taxes, when I lived in California) for the Witcher III and the DLC pass. I feel pretty great about it to this day, probably for the same reason people justify their PUBG purchase. I've no doubt I'll end up paying a hundred more for Cyberpunk 2077.

I sort of think the games press in general (including giant bomb) don't do nearly enough calling out developers and publishers for the BS they try to pull anymore. I thought for sure there would be a bigger uproar regarding microtransactions in the new Mordor game for example. But then I hear Jeff or somebody else casually mention buying an outfit in PUGB for real money and I realize how far we've sunk since the days of horse armor.. :(

That was one of the core points I was hoping to get across. I know that negativity from games press can be exhausting and anti-fun but it is often necessary. I feel like notable video game folks should be more self-conscious about throwing away the money they make in front of the people who support them.

I fail to see how pre-order items and DLC are anti-consumer and if useless crap in loot boxes is gaming biggest crime than we have it pretty sweet, scores of people who will spend all their time on a few games FIFA, COD and GTA etc it would almost be wrong to ignore them and forget about the free content that mtx support. Andromeda had plenty of time to cook and Mankind Divided tanked not exactly the best examples.

You might want to read up on what really happened with Andromeda's development. I didn't make any points about Mankind Divided, I just thought it was a funny picture that showed how brazen publishers have gotten with pre-orders, successful or not they're trying some crazy shit.

Avoiding Destiny 2 is like trying not to pee. Just pee.